After the services during Holy Week and Easter Sunday, we skipped town for a few days.  Here are some photos from our trip.  First, a few days in Sheboygan, Wisconsin, then a trip to eastern Ohio for some site-seeing.  Enjoy! 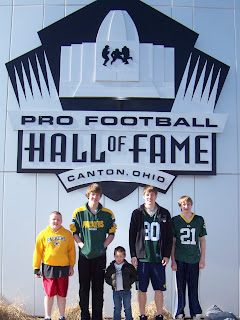 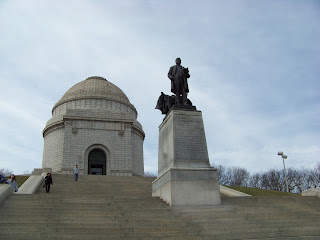 Mausoleum of Pres. William and Ida McKinley in
Canton, OH.  The McKinley's also had two daughters
who died in infancy.  They are interred here, too. 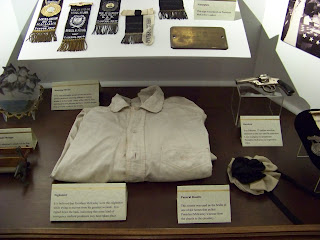 The white shirt in this photo is believed to have been worn by Pres. McKinley as he was recovering after being shot in Buffalo, NY.  A replica of the pistol used in the assassination is at the right, middle.  Below the pistol, lower right, is a funeral rosette which was on a horse that pulled Pres. McKinley's casket from the church to the cemetery in Canton.  (He was later moved to the mausoleum pictured above.)  The brass plaque just upper left from the pistol was taken from his casket.  All this memorabilia is at the President McKinley Library and Museum in Canton, OH.
﻿ 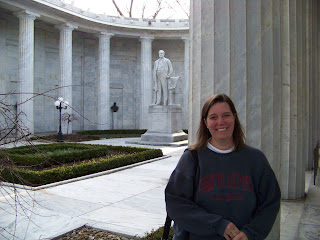 My lovely wife stands in the William McKinley Birthplace Memorial in Niles, OH.
This memorial also has a library on one wing and an auditorium/museum on the other.
It is a very impressive structure.

Email ThisBlogThis!Share to TwitterShare to FacebookShare to Pinterest
Labels: football, Presidents, The kids, Traveling with the Schroeders