Last weekend, we had a bunch of our kids involved in track meets.  Caleb and Philip had just the one at Huron Valley Lutheran High School.  Here are some of their photos. 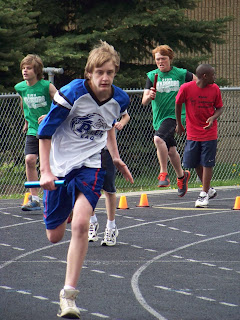 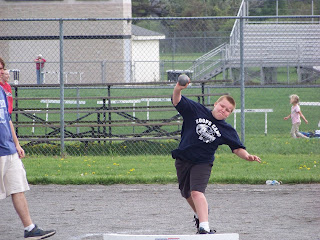 After that, we headed up north to finally catch one of Faith's and Nathanael's track meets.  Apparently, they have both been having a very good year.  They have both done well at the 110 meter hurdles.  Less favorite is the 300 meter hurdles, but that is what we got to see because we got up there late.  Anyway, it was the last time Faith would ever run that race.  She was not nearly as broken up by that as she was by the end of basketball season.

Anyway, here are a few photos of Faith and Nathanael (gray sleeves), taken on a bitter, cold, and windy day at Akron-Fairgrove High School. 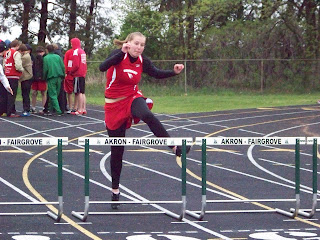 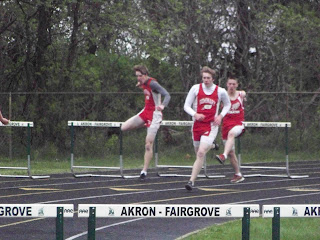 Posted by Pastor Thomas E Schroeder at 8:21 AM

Email ThisBlogThis!Share to TwitterShare to FacebookShare to Pinterest
Labels: sports, The kids, Track