We've only lived here for 17 years and we just now got around to touring the Renaissance Center on the riverfront in Detroit.  The view of Detroit and Canada from the 72nd floor was very cool!  After touring the RenCen, we walked along the Detroit River on part of the riverfront.  They are doing more work on it, and it will be really sweet when it is done.  Fabulous so far, too!  And other than parking for a mere $5, it was all free!

Well, here are some pics from your Local Tourist.  Hopefully the Local Tourist will get to Detroit for more tourism this summer. 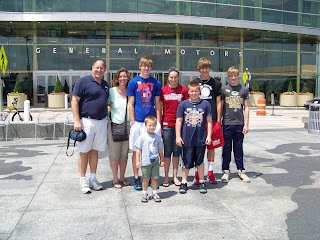 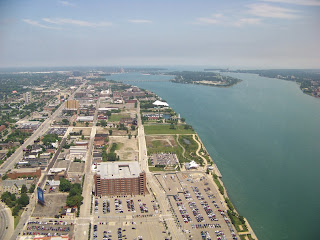 Looking northeastward at the Detroit River.
Belle Island is in the middle of the river. 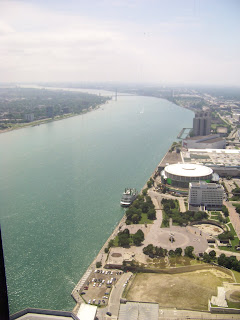 Looking southwestward at the Detroit River.
Hart Plaza is in the foreground.  Joe Louis Arena is just past that.
The Ambassador Bridge spans the river at the top of the photo. 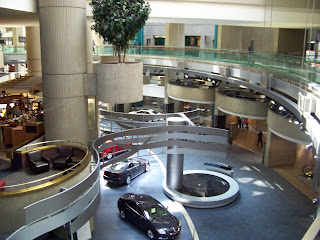 The GM show room at the RenCen. 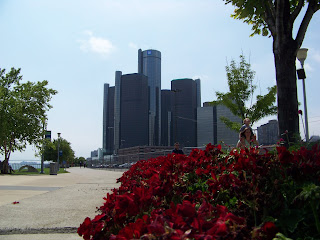 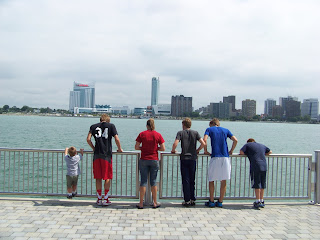 Feet in the Motor City.  Eyes on the Detroit River.  Windsor, Ontario, Canada in the background.
Posted by Pastor Thomas E Schroeder at 9:50 PM