MLS battled Carrollton this past week.  The JV played at MLS on Thursday and won handily, 53-14.  It was a fun game to watch, at least from the home team's sidelines. 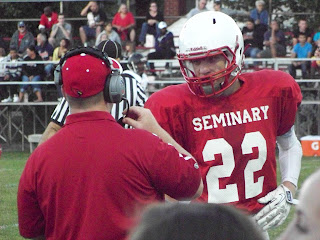 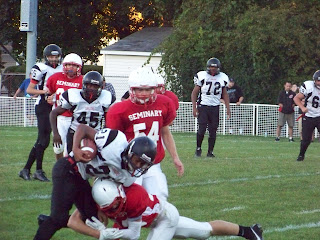 Friday night's varsity game was at Carrollton.  They had some BIG linemen who managed to move the defense a bit, but not enough.  The defense bent but often did not break (except once).  MLS managed to self-inflict themselves with too many penalties, but the defense managed to stave off disaster.  The final score with MLS adding a late-game TD was 21-7. 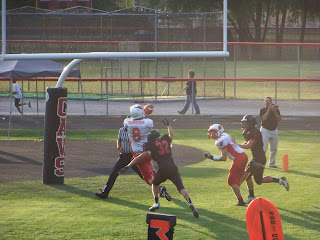 Apparently, Nathanael ran the wrong route, but you can't argue with the results.
MLS touchdown! 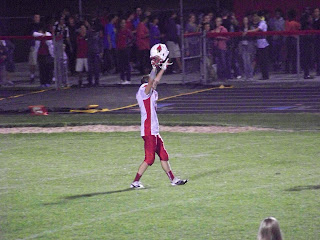 For the first (and only) time in Nathanael's high school career,
he celebrates the experience of defeating Carrollton in football.

Posted by Pastor Thomas E Schroeder at 8:54 AM