I always have the intention of getting our Christmas letter out before Christmas, but then duties trump that.  Anyway, here is the year-end review from 2015.  Enjoy!

Only a week remains to be seen
To wrap of the year of two-thousand-fifteen.
So we shall engage in our regular manual 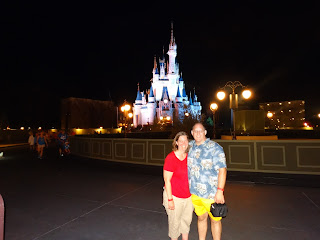 To summarize what happened in this last annual.

God is always good, so we need not complain.
He has sustained and blessed us this year again.
We are pleased to inform you, as another year goes,
Our joys have far outweighed our sorrows.

Laura continues to track her blood platelet count
And gets checked to learn the platelet amount.
Whether low or high—we can never be certain,
But hospital stays have become quite rare.

Laura still teaches K through 2nd grade.
Her love for her class is always displayed.
She finds time to see our kids in their busy-ness.
She cares for our house and does not get enough rest. 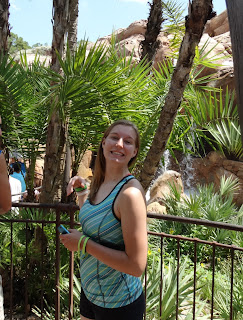 We learned that her life will soon take a new track.
St. Peter’s Lutheran School will not be back.
They voted to close it, which will happen in June.
We pray God will direct our direction, and soon.

Good Shepherd continues to open its doors
For sinners who crave the mercy God pours.
Tom preaches, teaches, communes, and absolves
And does whatever the ministry involves.

He keeps up his blog, you can follow along
At www.LutheranSubject.blogspot.com .
He likes to take photos of the kids in action
Which provides him with a healthy distraction.

Martin Luther College is where you will find
Faith in her third year exercising her mind.
She also works her legs, arms, back, and hands
Playing basketball with some of her best friends.
She was the nanny for two boys in the summer past.
She’s gone to friends’ weddings and had quite a blast.
She loves to come home and spend time with Peter. 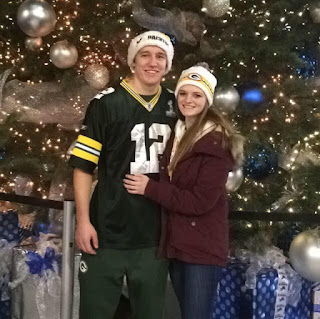 She is now 21; toast her with a margarita.

In late October, Faith and we had a discussion.
A car crash had given her a nasty concussion.
Though it totaled the car, Faith was not at blame.
And God is so good—his guardian angels came.

One year at MLC for Nathanael was enough.
He likes to be closer to all the family stuff.
He now attends Saginaw Valley State U.
And Charli is attending there with him, too!

For over four years, a steady couple they have been
They went to Ford Field and saw that “Hail Mary” win.
He still does lawn service for his summer employment.
He wishes he had a car for driving enjoyment.

Andrew is a senior; MLS days are fleeting.
Each season is the last of his high school competing.
Last season, basketball wins made his season quite fun.
MLS went far in their team’s playoff run. 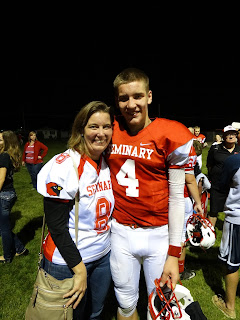 In football camps, he had hoped to turn heads,
But he ended up with a cracked rib instead.
He healed up and played games quite stout
At safety; also QB, and later wide out.

The Cardinal team notched a 10-2 slate.
Andrew got honors from team, conf, and state.
He sings in the choir and last spring went on tour.
He’ll graduate in May, at least we’re pretty sure!

Caleb is a Cardinal at MLS.
He is a sophomore and continues to impress.
He is getting good grades, his GPA’s high.
It sounds like Caleb is a popular guy

Driver’s Ed. this past summer was part of the plan.
He has his permit and likes to drive when he can.
Caleb straps on headphones and blocks the world out.
Caleb’s the quietest of the kids, no doubt. 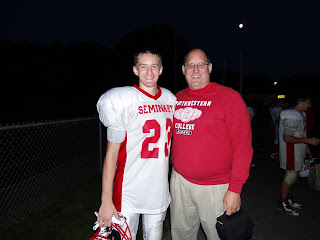 Caleb played football for the JV squad.
Some catches at receiver had the crowds awed.
This winter JV basketball is what he’s got
Where he drives to the hoop or blocks someone’s shot.

Philip has had quite a year to remember
With a Packer game at Lambeau back in September.
The NFL game was an experience glorious,
And it helped that the Green and Gold came out victorious.

Philip is at St. Peter’s and in his final grade.
One more year of Eagles basketball to be played.
He knows MLS comes after his graduation.
He also anticipates a May confirmation.

After long years of waiting, Philip is no longer vexed. 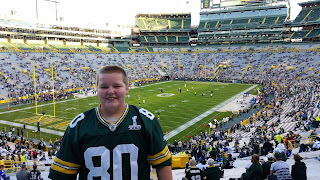 He just got a phone to make calls and to text.
He lives with his iPod and WiFi access.
As far as his school work, he strives for success.

On December 15, Peter turned seven years old.
He likes to trounce in the snow and the cold.
He is a Minecraft player on PlayStation4.
He would never leave the game if we let him play more.

Peter attends the same school as Philip, his brother.
He’s in first grade and he is taught by his mother.
He started to learn basketball and loves going to practice.
Three January games will be enough to attract us. 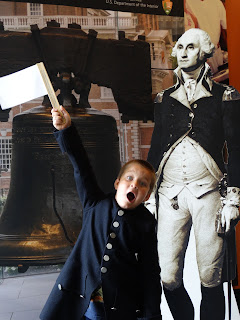 Peter is excited about all things Star Wars--
Decorative bed sheets and shirts in his drawers.
He still likes to draw, to color, and read.
He loves playing with his siblings, and grows like a weed.

Summer vacation filled the family with glee.
The first stop was Knoxville in Tennessee
To the Women’s Basketball Hall of Fame.
Faith was eager to see pioneers of the game.

Then down south we drove with much determination
To the place where we had made our reservation.
We pulled in quite late and set up in the dark
At Walt Disney World campground and park.

A three day pass was the deal we got—
To Magic Kingdom and then to Epcot,
And finally Disney’s Hollywood Studios.
We saw the mouse with the ears that everyone knows.

A month later we drove through traffic chaotic
To Philadelphia, a city which is quite patriotic.
The University of Penn had a camp for Andrew.
We saw Independence Hall and a cracked bell, too.

We hope you have enjoyed our year in review.
We pray that the Lord keeps watch over you.
May the love of our Savior which was given at his birth
Fill you with comfort, with joy, and with mirth. 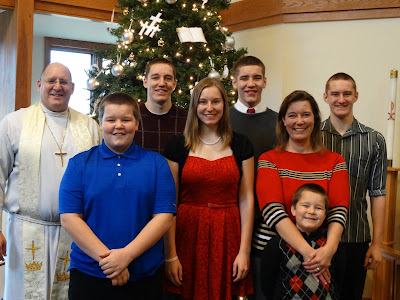 Email ThisBlogThis!Share to TwitterShare to FacebookShare to Pinterest
Labels: Christmas letter, Schroeders, The kids, Traveling with the Schroeders