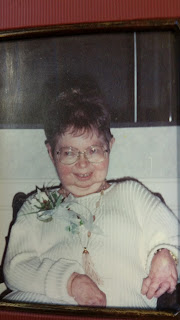 
WHAT IS SOWN IN DISHONOR
SHALL BE RAISED IN GLORY.