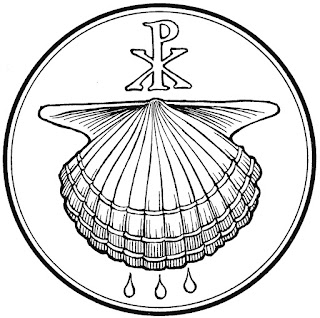 SEE WHAT GOD MANIFESTS BY BAPTISM.

On the night of Jesus’ birth, the angel said to the shepherds, “For unto you is born this day in the city of David a Savior, who is Christ the Lord.” (Luke 2:11)  What was spoken so succinctly on Christmas eve is driven home throughout the season of Epiphany.  The word epiphany has to do with a revelation, an appearing, or something that is made manifest.  Throughout the Epiphany season, we hear lessons which reveal that this Jesus of Nazareth is, indeed, the Christ, the Son of God, and the promised Savior.  In fact, today, God the Father makes it as clear as he can.  From the heavens, God the Father declares, “You are my beloved Son; with you I am well pleased.” (Mark 1:11)  See what God makes manifest by baptism.

St. Mark’s Gospel begins with Jesus’ public ministry.  Although Jesus had lived for 30 years prior to this, St. Mark wants to get to all that Jesus said and did as the Christ.  If Jesus is the Christ, then he is the Anointed one.  At Jesus’ baptism, he was marked for God’s special purpose.  To be sure, Jesus had always been marked for this purpose, but now it was publicly manifested.  This is the one.  This is the Christ.  See what God manifests by Jesus’ baptism.

“When he came up out of the water, immediately … the Spirit [was] descending on him like a dove.” (Mark 1:10)  Anointed by the Spirit, Jesus began to make use of the divine power he had always possessed.  From this point on, we hear of miraculous healings and signs.  Each of these declares: “This is the one.  This is the Christ.  Behold, the Son of God who has come for sinners.”  See what God manifests by Jesus’ baptism.

“When he came up out of the water, immediately he saw the heavens being torn open.” (Mark 1:10)  This is a staggering observation.  John the Baptist had performed countless baptisms by this time, but never had anyone seen anything like this.  When the heavens are torn open, this tells us that there is something different about Jesus.  And then the Holy Spirit descends upon him.  And then God the Father testifies about him and speaks directly to him: “You are my beloved Son; with you I am well pleased.” (Mark 1:11)  “This is the one.  This is the Christ.  Behold, the Son of God who has come for sinners.”  See what God manifests by Jesus’ baptism.

It is no small matter to have God’s pleasure upon you.  If God is pleased with you, that means you are good in his sight.  It means that you are free from fear of judgment.  It means that you are welcome in God’s presence and will partake in eternal peace and joy.  Outside of God’s pleasure is death.  It is punishment for sins, and rejection for now and for all eternity.  Some might view freedom from God as a relief, but it is not.  It is shame, bitterness, and endless suffering and regret.  Jesus heard from the Father: “With you I am well pleased.” (Mark 1:11)  We all need to hear it and to know it.  It is not enough to guess or assume or hope God is pleased with you.  That is no comfort at all.

Just ask the jailer in Philippi.  He was a family man with a wife and children.  Perhaps he was even well off enough to have household servants and their families under his charge.  As a resident of Philippi, he was almost certainly a Roman soldier.  Roman soldiers who served faithfully were often offered a retirement plan in Philippi.  For a Roman soldier, it would have been a pretty nice life.  However, when an earthquake jarred open the cells, he assumed his prisoners had escaped.  The penalty for the jailer would be his life.  In an effort to die with some degree of honor, he was about to run himself through with his own sword.  The Apostle Paul cried out to prevent this and to assure the jailer that all the prisoners were still present.  There was no reason for his death.  However, coming that close to death—to standing before God and to have to give an answer for his life—the jailer was petrified.  Would God delight in him?  Should he?  This is a moment when “I hope so” is a useless comfort and when one’s best works are reduced to a charade.  The jailer knew he was a sinner.  The jailer recognized that he was without God’s favor, but Paul and Silas knew something he did not.  So “trembling with fear he fell down before Paul and Silas … and said, ‘Sirs, what must I do to be saved?’” (Acts 16:29-30)

Now I suppose we could attribute the jailer’s fears to crimes he had committed against humanity.  Perhaps the years of brutal and bloody service as a Roman soldier came back to haunt him.  Perhaps.  But perhaps he was bothered that he was not as good to his wife as he should have been.  Maybe he had regrets that he had found more interest in wine than in his children.  Maybe he had a sharp tongue and belittled people with it.  Maybe he had developed a hatred for people who had different political opinions.  Maybe he finally recognized that being okay with his own sins was not going to be okay when he had to answer to God for them.  He knew he was doomed.  He yearned to be saved, and he did not know how that could happen.  This is what caused his trembling and fear.  It was not enough to assume, guess, or hope that God was pleased with him.  He needed to know.  What must I do to know God wants me, that God accepts me, that God loves me?

See what God manifests in baptism!  For this is what Paul and Silas brought to the jailer and his family.  They told him about Jesus with whom God was pleased because of his holy life.  They told him about Jesus with whom God is pleased because he rescued us from God’s fair judgment and fierce anger over our sins.  Jesus had accepted a sentence of condemnation even though he was not guilty.  Jesus submitted to God’s fierce anger on behalf of sinners, no matter who that sinner is or what that sinner has done.  God proved he was pleased with Jesus by raising him from the dead and by giving him the highest authority and glory in heaven and on earth.  This Jesus, whom Paul and Silas revealed, has secured for us God’s favor and pleasure.  He has taken away your sins.  Therefore, God has no reason to be angry with you, much less to condemn you.

When we come back to St. Mark’s gospel, we might wonder: “Why did Jesus need to be baptized?  Was the Father not already pleased with him?  If baptism delivers the forgiveness of sins and Jesus had no sin, what was the point?”  By his baptism, Jesus has united himself to you and to all mankind.  And at his baptism, he was anointed to publicly begin the work to save you.  This pleased God the Father who sent Jesus for this very purpose.  For God does not delight in banishing people to hell, but would rather they be saved.  So, to save all mankind, the Father sent his Son.  At Jesus’ baptism, the Father manifested him to us: “This is the one.  This is the Christ.  Listen to what he has to say.  Pay attention to what he does.  Because all he says and does is for your eternal good.  Behold, God the Father has manifested his Son who has come for sinners.”

See what God manifests by baptism.  What God has manifested at Jesus’ baptism is amazing.  Your baptism did not appear to be glorious at all.  You may have been dressed in a white gown.  Some of your relatives were probably there.  Pictures were taken, and a certificate was handed to your parents.  But there was no voice from heaven.  No dove descended.  The heavens were not torn apart.  While it may have been memorable to your parents, chances are it is not remembered by you.  Since it was not spectacular, you may wonder if it was even significant.

Just as Jesus united himself to you in his baptism, so also he has united you to himself through your baptism.  Jesus has taken from you all that is yours and he has given to you all that is his.  By his baptism, Jesus accepted your sin; at your baptism, Jesus put upon you a robe of righteousness.  While it may not be manifest to the world, God has made it manifest by his promises.  Therefore, everything the Father manifested at Jesus’ baptism also applies to you.

See what God manifests by baptism.  “Jesus … was baptized by John in the Jordan.  And when he came up out of the water, immediately he saw the heavens being torn open…” (Mark 1:9-10)  And what is it that opens up heaven to the jailer in Philippi, to his family, and to you?  It is that God finds pleasure in you and sees no fault in you.  Since sins are washed away in baptism, baptism opens up heaven to you so that you can dwell with God without fear.

See what God manifests by baptism.  “Jesus … was baptized by John...  And when he came up out of the water, immediately he saw … the Spirit descending on him like a dove.” (Mark 1:9-10)  In baptism, the Holy Spirit has come to you, as St. Paul wrote to Titus: “he saved us … by the washing of regeneration and renewal of the Holy Spirit, whom he poured out on us richly through Jesus Christ our Savior.” (Titus 3:5-6)  The Holy Spirit plus water results in a new creation.  It did in Genesis 1, and it does in your baptism.  You are renewed and redeemed and reconciled to God the Father who is surely pleased with you.

See what God manifests by baptism.  “Jesus … was baptized...  And a voice came from heaven, “You are my beloved Son; with you I am well pleased.” (Mark 1:9,11)  Jesus is THE Son of God.  We are not.  Yet, the Bible declares: “In Christ Jesus you are all sons of God, through faith.  For as many of you as were baptized into Christ have put on Christ.” (Galatians 3:26-27)  If you are sons of God, then you are all heirs of his heavenly kingdom.  And what is manifested now by promises will finally be manifested publicly at the resurrection of all flesh on the Last Day.

See what God manifests by baptism.  Jesus was manifested as the Christ, the Son of God, and the Savior of mankind.  And by your baptism, God has manifested that you are God’s family, God’s redeemed, and God’s beloved.  God has done all of this so that you can know you are wanted, accepted, and saved.

Posted by Pastor Thomas E Schroeder at 11:52 AM