This past week, our Pastors' Conference was held at Calvary Evangelical Lutheran Church in Eaton Rapids, Michigan.  The altar and the communion railing are marble and rather ornate.  Pastor Mark Eckert informed me that these had come from a Roman Catholic facility and were installed by the members of Calvary some years ago.  They were concerned about if it would be centered or not, because once it was in place, they were not going to move it again.

Unfortunately, the top piece of the altar was a little too high and was replaced so that the altar could fit under the ceiling.  From what I was told, the cross they put on the top was an improvement from what had been there,  Apparently, the highlight of the altar had been the Virgin Mary and not Jesus.  The change to the top of the altar, then, was not merely practical, but theologically necessary. 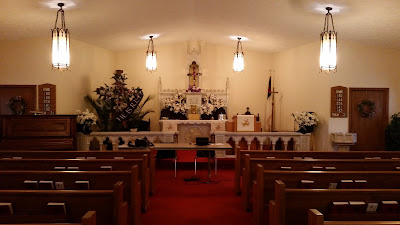 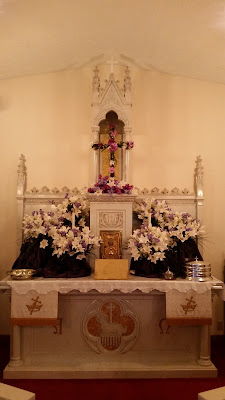 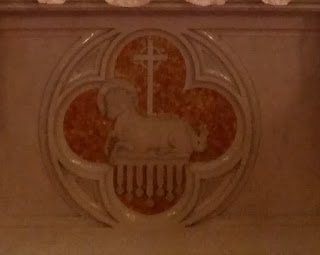 Posted by Pastor Thomas E Schroeder at 8:13 AM