Traveling with the Schroeders -- To Sheboygan

We had taken an actual vacation earlier last week, going to Harpers Ferry, WV, Antietam National Battlefield, and Fort McHenry in Baltimore.  More on that in a later post.

Here are some highlights from our trip later in the week to Sheboygan.  After a slow trip (thanks, Chicago!), we tried to catch the last brewery tour at Miller Brewing Co. in Milwaukee.  We were too late.  So, we coaxed Peter into having custard at Kopp's Frozen Custard on Milwaukee's north side.

We finally made it to Sheboygan.  On Saturday, we had a nice visit with the Schroeder clan.  Paul and Zachary made it from Fond du Lac, and Kris came up from Pewaukee.  Before they showed up, however, Peter had his own trip back in time as we pulled out my mother's old Smith-Corona typewriter for Peter to look at.  Then we zoomed up to 1980's technology with my mother's electric typewriter.

After a number of ping pong games in which I defeated Peter every time (no mercy shown there), we began the trip back to Michigan.  Between Chicago's slow pace on Friday and wanting to feel like we were still on some semblence of vacation, we drove over the top of Lake Michigan and came down over the Mackinac Bridge.  It was great to see the bridge again, but it made for a post-midnight return.  At least we avoided all the "up north" traffic which was already at home asleep while we drove down I-75.

Some photos.  (For what it is worth, Peter actually has more than one shirt.) 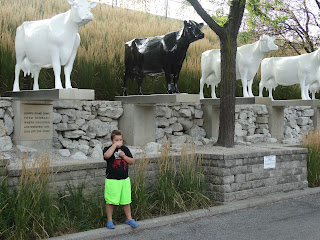 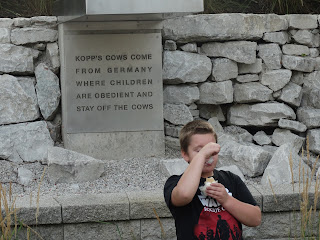 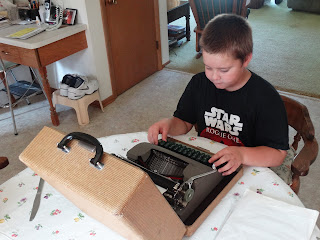 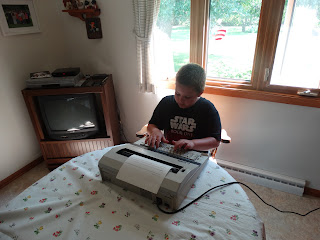 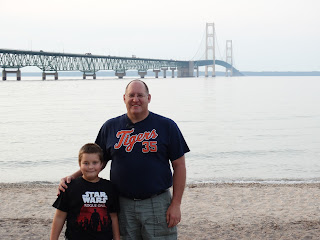 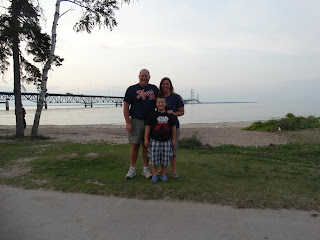 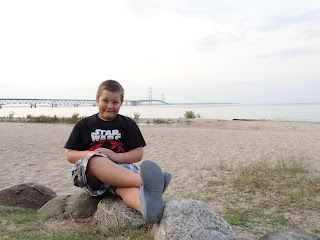 Posted by Pastor Thomas E Schroeder at 9:57 AM