In the second part of the Triduum, Good Friday, we focused on the seven words from the cross.  While there was a brief homily following each word, I am posting just two. 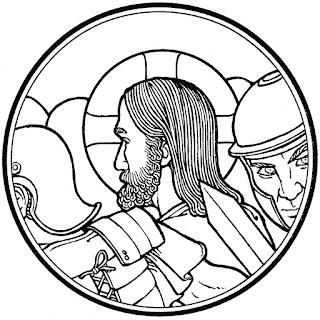 Jesus' prayer sounds strange: “Father, forgive them, for they do not know what they do.” (Luke 23:34)  The soldiers who were on crucifixion detail were fully aware of their assigned task, and they carried it out dutifully.  They did not know that they were putting to death the Lord of glory.  Their ignorance, however, did not excuse them from their sins.
The Psalms teach us to pray, “Declare me innocent from hidden faults.” (Psalm 19:12)  It is a prayer that ought to alarm us.  By it, we are reminded that we sin and we are not even aware that we are offending God and our neighbor.  Our sinful nature has blinded us so that we do not even recognize some of our faults.  Others might be wounded by ours sins, but we don't see it.  We are too absorbed in our thoughts and schedules.  We can walk over other people and not even know it.
What's more is that we are also victims of our age and our culture.  We have blind spots so that we accept as normal what God speaks against.  If I knew what those things were, I would urge you to repent of them.  But as I said, they are blind spots.  We don't see them.  But ignorance is no excuse.  God does not give us a free pass because our culture has influenced us or because we do not know better.  We are still accountable to God for all sins, whether we do them intentionally or not, whether they are obvious or we are oblivious to them.
But the Lord Jesus Christ has come to win forgiveness for every trespass, whether they are open sins or hidden faults.  Jesus shed his blood to atone for all sin and to cleanse us of all unrighteousness.
The Lord calls us to repent of sins of commission—when we do what is evil, and from sins of omission—when we fail to do what is good.  The Lord exposes the evil we are to flee from, and he directs us to the good we are to do.  But it is hard to flee from hidden faults.  Fear not.  Jesus does not condemn you, nor does he leave you to wonder if you have made enough corrections to be saved.  Jesus acquits you from sins committed in anger, from sins committed in weakness, and even from sins committed in ignorance.
“Father, forgive them, for they do not know what they do.” (Luke 23:34)  Jesus not only prays for forgiveness for the sinner, he provides it. 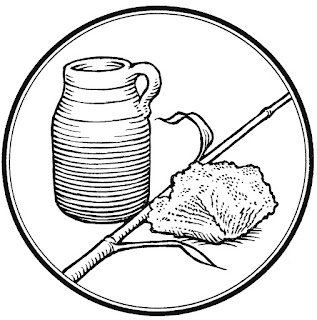 “Blessed are those who hunger and thirst for righteousness, for they shall be satisfied.” (Matthew 5:6)  If you hunger and thirst for something, that means you don't have it.  You crave it because you need it.
Blessed are you if you hunger and thirst for righteousness—for that means you recognize you do not have it.  If you crave it, you also recognize that you need it.  And you do.  You need it if you are going to have life.
The Lord Jesus Christ declared, “I am the Bread of Life; whoever comes to me shall not hunger, and whoever believes in me shall never thirst.” (John 6:35)  Jesus is the Righteous One who satisfies our need for righteousness.
But at the cross, it was Jesus who thirsted.  Crucifixion drains its victim and saps the body, so Jesus thirsted.  Jesus, knowing that all was now finished, said (to fulfill the Scripture), “I thirst.” (John 19:28)  Jesus craved not just a drink, he especially craved your salvation and your righteousness.  That is what brought him to earth.  That is what drove him to the cross.  That is what had him fulfilling even the most miniscule of prophecies.  What might seem irrelevant to us was necessary for Jesus.
Jesus had celebrated the Passover with his apostles.  They partook of the lamb, the unleavened bread and bitter herbs, and the cups of wine.  Before they drank the final cup, however, they left the upper room.  For Jesus, the Passover had not been completed.  The final cup still had to be drunk.
At the cross, the final cup was consumed.  Jesus, knowing that all was now finished, said (to fulfill the Scripture), “I thirst.” (John 19:28)  The cup of God’s wrath was drained.  Every drop was consumed.  The Passover was now completed.  Jesus has fulfilled all righteousness.  And so now God is pleased.  And so now death passes over you.  And so now heaven is opened.
Blessed are you who hunger and thirst for righteousness, for you shall be satisfied. (Matthew 5:6, paraphrase)