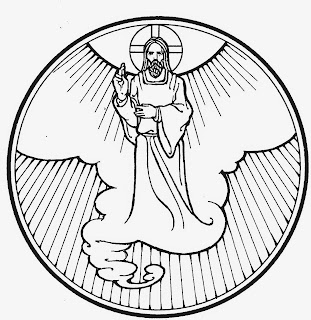 HE ASCENDED INTO HEAVEN
TO BE WITH US ON EARTH.