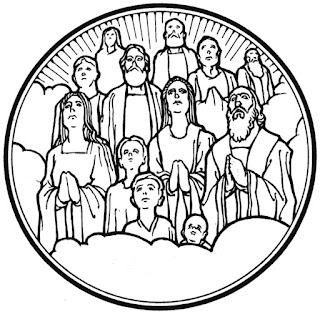 ALL THINGS WILL BE RENEWED, RESTORED, AND MADE RIGHT.


In the name of the Father and of the Son + and of the Holy Spirit.  Amen.
Posted by Pastor Thomas E Schroeder at 11:42 AM