NOTE: The Festival of the Resurrection of our Lord was not only disrupted by the shelter-in-place order due to the COVID-19 pandemic, Good Shepherd also suffered a power outage.  Though a handful (under ten) gathered without electricity or heat, we did not and will never forfeit the hope and peace we have through our crucified and risen Savior.  No matter how strange this Easter has been, the Good News remains firm. 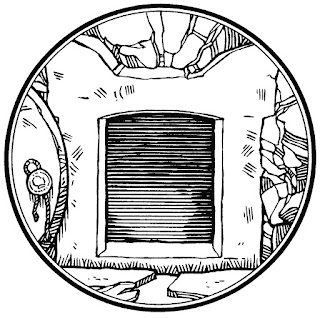 FEAR NOT!  FOR BEHOLD!
JESUS HAS RISEN!

Oh, where is your sting, death?  We fear you no more;
Christ rose, and how open is fair Eden's door.
For all our transgressions his blood does atone;
Redeemed and forgiven, we now are his own.
(He's Risen, He's Risen by C. F. W. Walther; Hymn 143:4 in Christian Worship)

Jesus lives!  The vict'ry's won!  Death no longer can appall me.
Jesus lives!  Death's reign is done!  From the grave Christ will recall me.
Brighter scenes will then commence; This shall be my confidence!
(Jesus Lives! The Victory's Won by Christian Gellert; Hymn 145:1 in Christian Worship)


In the name of the Father and of the Son + and of the Holy Spirit.  Amen.
Posted by Pastor Thomas E Schroeder at 10:36 AM