The football season for Michigan Lutheran Seminary came to a close last night.  MLS played undefeated New Lothrop on a windy, rainy night.  MLS put together a few plays to move the chains a few times, but never enough to get it into the end zone.  New Lothrop, on the other hand, returned long punts and had a few long plays break loose for TD's.  Final score was 35-0.

This game also saw a few firsts and lasts for the Schroeder family.  Andrew got moved up to varsity and played a bit at wide receiver.  So, he had his first varsity game.  He also had his first catch which gained a first down for the Cardinals. 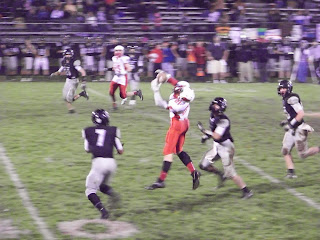 It was the first and last time Nathanael and Andrew got to line up next to each other at wide receiver for an MLS game. 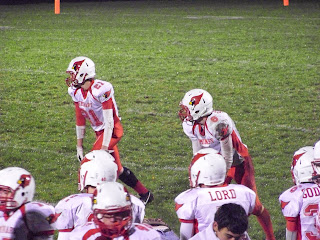 And, of course, it was a host of lasts for Nathanael -- last high school football game, last catch (nice one, too, although blurry below; he almost caught another long beauty where he dove and stretched for all he was worth, but the cornerback was able to knock it out of his hands), last time walking off the field. 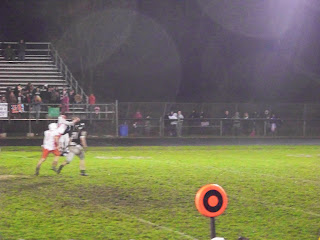 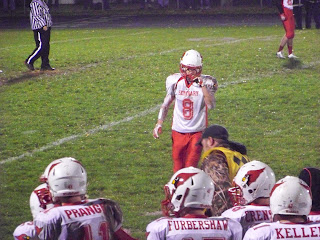 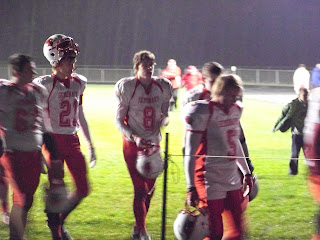 It has been a fun four years watching him play.  And while we will have plenty more MLS football games to attend in the seasons to come, we will not have Nathanael to cheer for at those games.  That is a "last" that we feel the most.  And we will have many more of those this year. 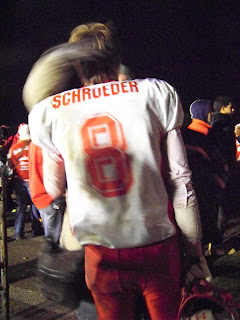 Posted by Pastor Thomas E Schroeder at 9:36 AM