﻿
This is a week or so late, but I wanted to post a few photos from the Junior / Senior banquet at Michigan Lutheran Seminary.  It was on Saturday, April 26.
Laura and I had made the trip up to get some photos.  When we got there, we asked Nathanael about the corsage he had gotten for Charli.  His reply: "I thought YOU were getting that."  Only 2 hours before the onslaught of photos, we scrambled to get this taken care of.  Google to the rescue to find a florist open on Saturday afternoon.  Okay, now, Gaertner's Flowers to the rescue!  30 minutes later, we have our corsage!  Thank you, Gaertner's!  And I don't think they even charged us extra for the rush job.  Then, off to Ojibway Island on the Saginaw River for photos.
It would have been nice if it had been 20 degrees warmer!  The guys didn't mind so much, but those girls must have been freezing in their formal gowns.  We stayed there for about 30 minutes of pictures.  They gritted it out, and I hope everyone was happy with their photos.  And even though the calendar says it is spring, the leaves on the trees said, "Well, just barely."  As you can see, there was not much foliage.
You will also notice Nathanael with a football in his hands in one of the photos.  Yeah, some of the guys decided to play catch.  I was waiting to see which guy would have to sheepishly tell his date, "Uh, I got my suit all muddy / ripped it out / sprained my ankle, so ... we can't go to the banquet."  Mercifully, that conversation did not take place.
We encouraged Nathanael and Charli to have "smart fun" and they went on their way.  They said it was a good time.  The seniors can all sense that there are not many grains of sand left in the hour glass for high school.  These are bittersweet times, and I hope they enjoy all their last moments.
Anyway, some photos are below. 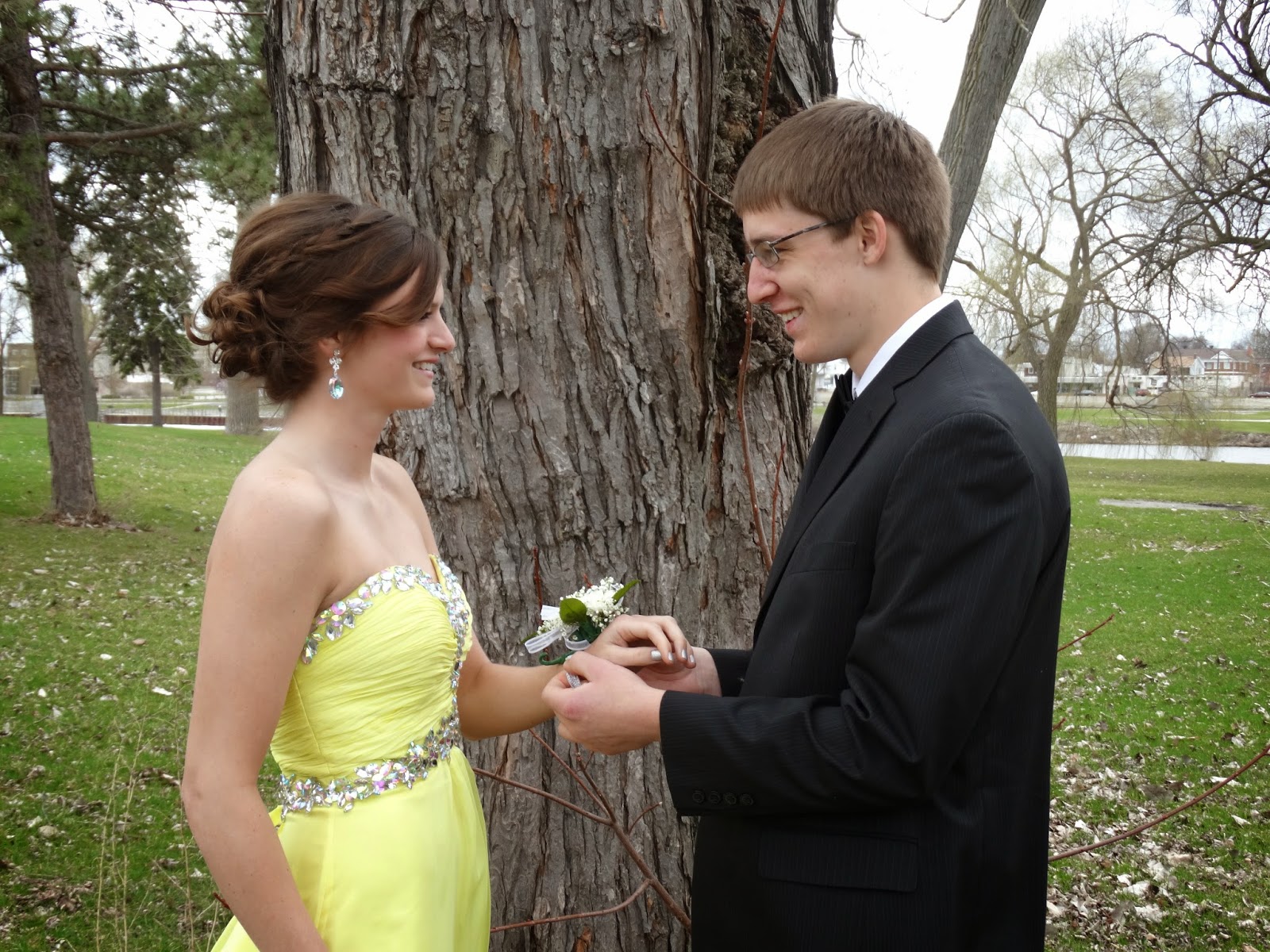 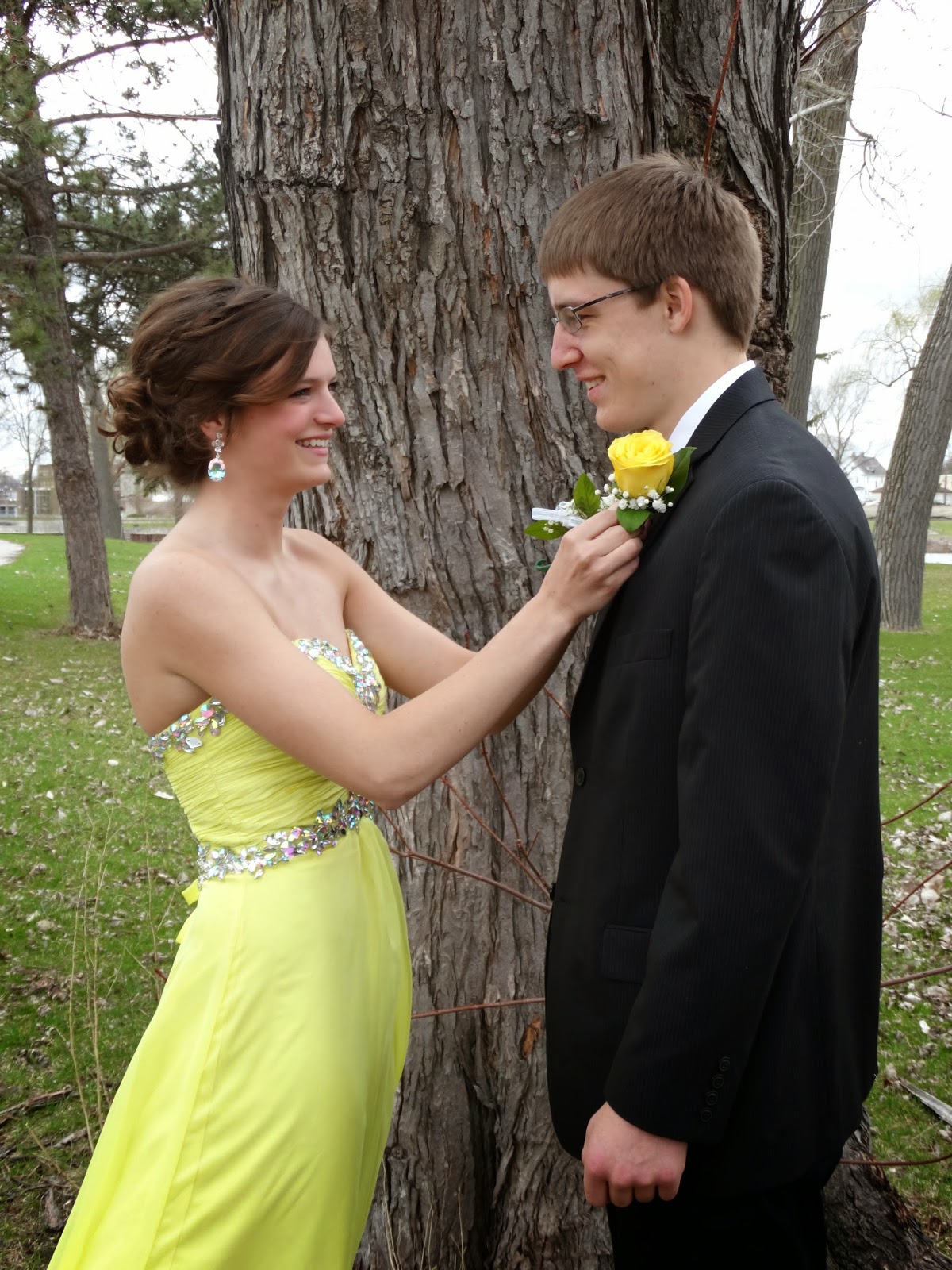 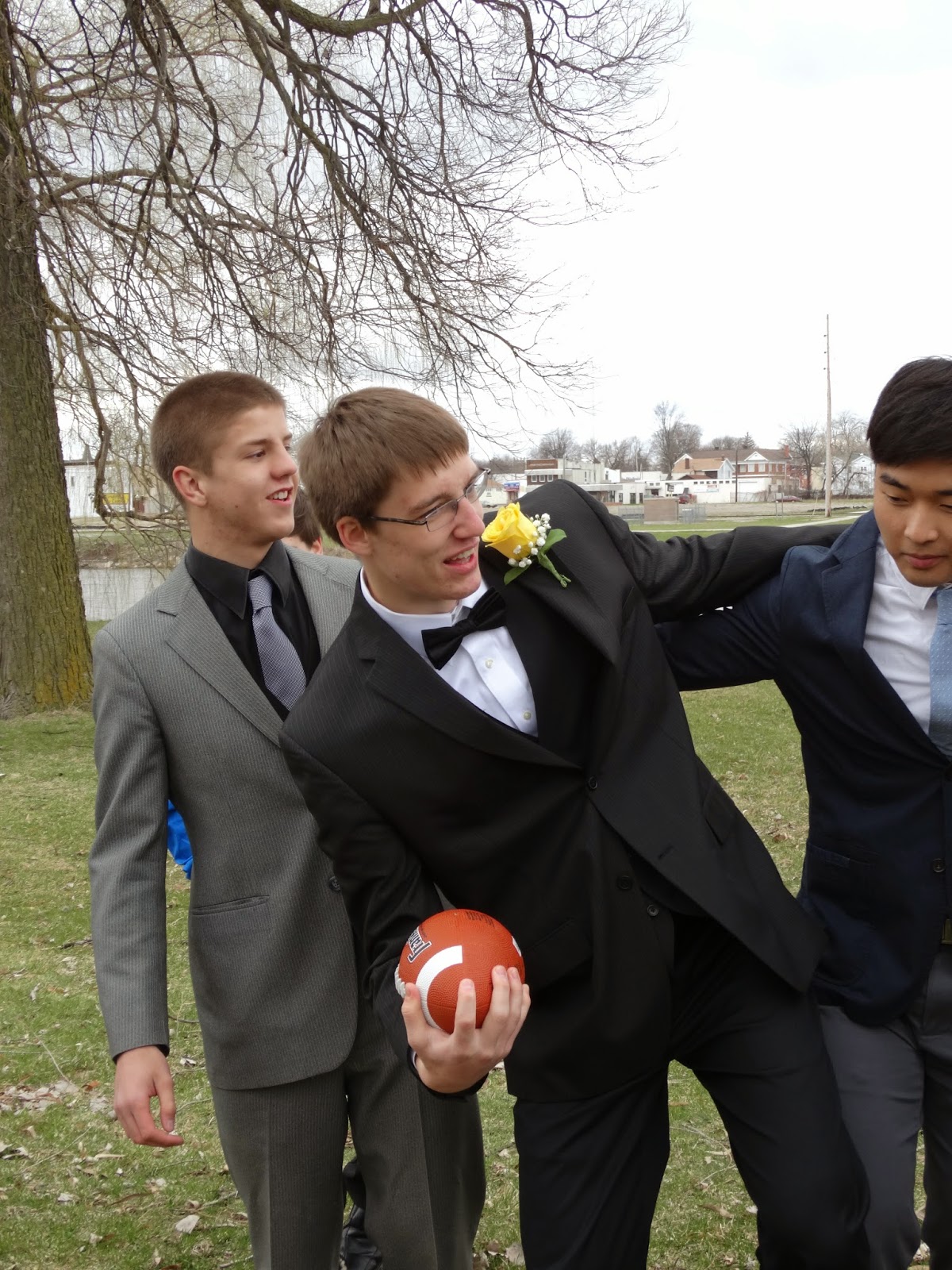 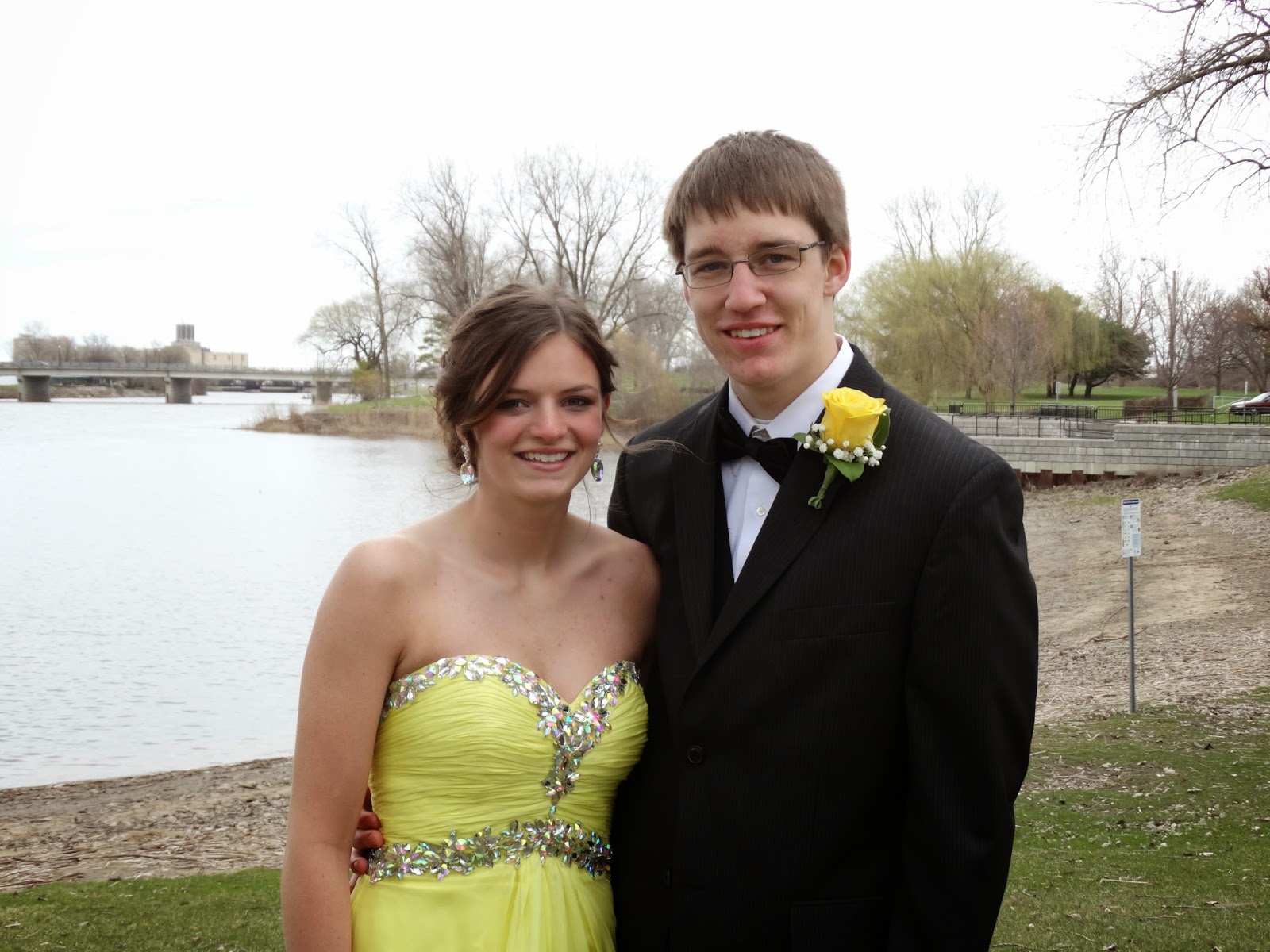 Posted by Pastor Thomas E Schroeder at 8:28 AM

Email ThisBlogThis!Share to TwitterShare to FacebookShare to Pinterest
Labels: MLS, The kids