Detroit is on the rebound!

Detroit has a reputation for being the place to get murdered, to go bankrupt, and to watch police cars get flipped over and set on fire if their team ever wins a championship.  That last one happened after the Tigers won the World Series in 1984.  It has been over 30 years, and the joke still goes on as if it happens every year.  [Note: Since 1984, Detroit has celebrated 4 Stanley Cups and 1 NBA championship, as well as more than half a dozen championship appearances.  No riots.]

While there is still much to clean up in Detroit, things are looking better.  Detroit will bid farewell to Joe Louis Arena soon.  It is home to the Red Wings and many hockey memories, but the building itself is an eyesore.  It sits right on the Detroit River, but you'd never know it from the inside.  Detroit will make better use of the riverfront, and the new stadium will go up near Ford Field and Comerica Park.  It is already slated to host a round of the 2018 NCAA tournament.  Artist renderings of it suggest that the new arena and the surrounding area will be fantastic.  Besides one drawing below, you can view a less-than-three minute news report on it here.

If someone could fix up the old train station and some of the classic old office buildings and hotels, Detroit would be a great destination.  The Detroit Riverfront is already looking good. 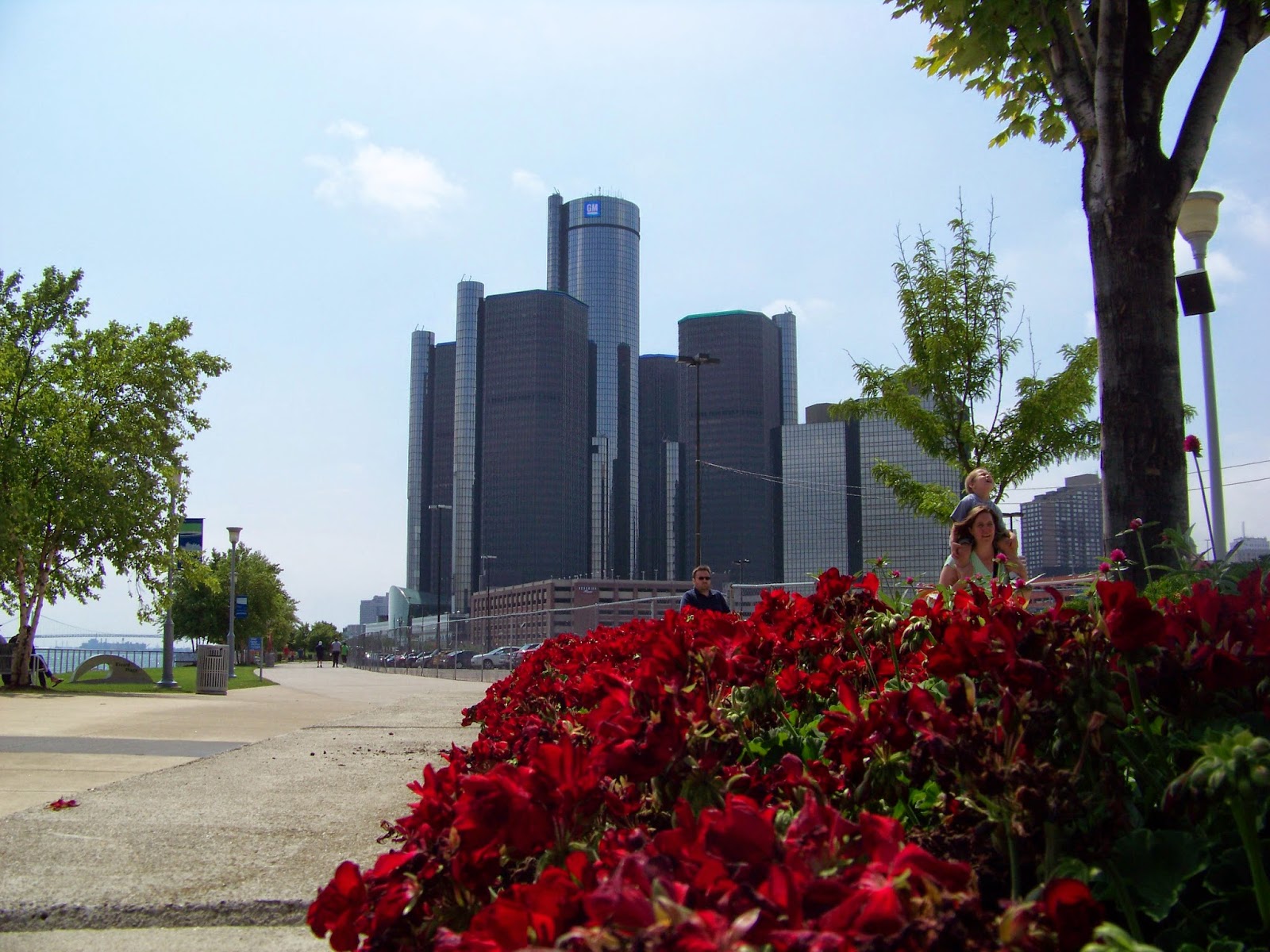 When we first moved here, there just seemed to be no reason to go into Detroit for anything.  That is changing.  The Local Tourist has gone to Detroit several times, and I am hoping to get there even more.  The city is rebounding, and I am looking forward to its continued improvements.

Posted by Pastor Thomas E Schroeder at 8:17 AM