These are a few of the brief homilies that followed the lessons from our Service of Lessons and Carols on Christmas Eve. 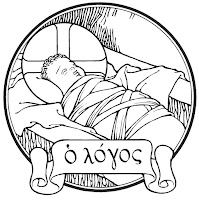 Caesar cared little for what was going on in Israel.  He only wanted his taxes collected.  He needed his subjects counted.  So Joseph and Mary went to Bethlehem to be counted.
This was God’s timing.  Time for the Savior to come.  Time for every promise to be fulfilled.  Time for the world to receive its Savior.
And so the Son of God was born.  He was wrapped and swaddled in cloths—a commoner who came for common sinners.  The Lamb of God was placed in a manger.  The Lamb of God had come to be the sacrifice that is made for common sinners.
The Son of God did not come into this world to rival Caesar.  Caesar had his kingdom.  Jesus came to establish a greater kingdom.  He does not come to collect taxes from you, but to be the ransom price to save you from sin, from death, and from the devil.
Caesar's decree resulted in Joseph and Mary having to go to the city of David, which is called Bethlehem.  His decree resulted in the Scriptures being fulfilled.  Caesar did not know, and he did not care.  But God knew it was time to redeem his people.  God cared to save you.  And so, through Caesar's unwitting decree, the Lord fulfilled his promise.  The Savior would be born in Bethlehem.
And so came into this world the Seed of the woman, the Seed of Abraham, the Son of David, the Prince of Peace, the one who crushes the serpent, the one who is called Jesus, the one who is “the Lord who saves,” who saves you. 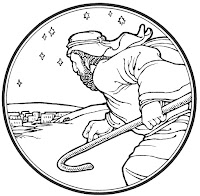 Glory to God in the highest!
God is merciful to sinners.  He comes in weakness and humility; that is where his glory is revealed.  He comes not dominate, but to die. 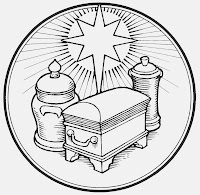 The Magi sought their king.  Though they already had a king in their homeland, though they met a king in Jerusalem, they sought something greater.  They sought a king with an everlasting kingdom.
The Magi found their king.  They did not care that he was an infant—at the time utterly dependent upon Mary and Joseph for everything, at the time hated by Herod and later hunted by him, at the time years from fulfilling all that he had come to do.  They knew he was king.  They confessed it to be so.  They would bow before him.
The Magi found their king.  Even though Jesus had come for their good, they presented him with their goods.  They thanked him for work he had not yet done.  They bowed before him even though he was not yet in his glory.  They rejoiced that their Savior had come.
The Magi had found their king.  They travelled extensively to worship him.  They put forth time and effort and priorities to see him; for they knew that he had come for them.
The king still comes, and he still delivers his gifts.  He is no longer veiled in flesh.  Now he comes in word and sacrament to give his gifts of forgiveness, new life, and salvation.  If you would be wise for salvation, then it is wise to put forth time and effort and priority to come and bow before him.

Posted by Pastor Thomas E Schroeder at 9:04 AM