Something from ... Veith's blog re: Hannukah and Jesus 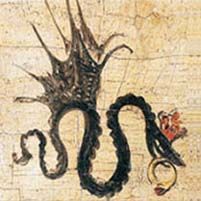 I refer you to an article written by Gene E. Veith at his blog, and he links to another blog about Jesus and Hannukah.  It gives the background to Hannukah, but more importantly, it refers to the claims Jesus made during the festival of Hannukah.

Once in a while, we hear people make the claim that Jesus never claimed to be God, and that his identity as God was foisted upon him by later disciples.  (Such people claim that the Gospels themselves were more propaganda than historical accounts, so any of Jesus' claims of divinity in the Gospels are claimed to be later inserts and not historical.)

The claim Jesus made at Hannukah (Feast of Dedication in John 10) is noteworthy both for its claim and the setting in which Jesus made this claim.

The observations and insights were made by others, so I now refer you to their works.  Both are pretty quick reads.

The original source that he sits is here (and linked in Veith's own article):
http://www.patheos.com/blogs/tomhobson/2017/12/jesus-shocking-words-hanukkah/
Posted by Pastor Thomas E Schroeder at 7:48 AM

Email ThisBlogThis!Share to TwitterShare to FacebookShare to Pinterest
Labels: Cranach the blog of Veith, Hannukah, Something from..., Words of Jesus