On Sunday, March 31, the Local Tourist and his lovely wife went to Detroit to visit the Charles Wright Museum of African American History.  While it would have been nice to walk through their main exhibit, we went to see a temporary exhibit, "Slavery at Monticello."  This featured the stories of a conflicted Thomas Jefferson who was on record for decrying the institution of slavery, and yet retained his slaves throughout his life.  There was a lot of focus on his relationship with Sally Hemings, but it also noted that there were three other families who can trace their history back to Monticello.  No doubt, Jefferson was a victim of his age and benefited from a terrible practice.  The exhibit also noted how a number of the slaves from his estate went on to be notable contributors to society once they were freed.

If there is any criticism of the exhibit, it is that the material got a little repetitive after a while.  I am sure this is due to the limited resources they had.  (They were probably also anticipating that not everyone would read everything.) 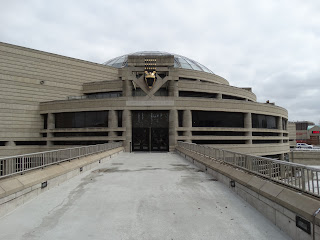 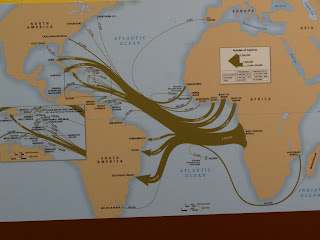 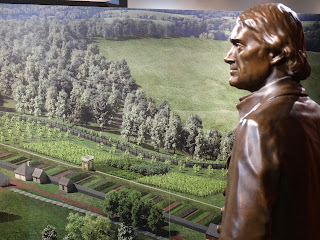 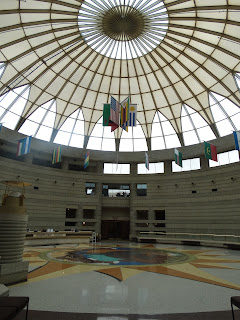 After a couple of hours touring the "Slavery at Monticello" exhibit, we walked about a block and a half to the main branch of the Detroit Public Library.  They offer free tours, which are now on our list of things to do.  We just walked through the library for about 15 minutes before it closed for the day.  This building is fantastic, and I wish that more buildings were made like this today.  This is a library that begs to be visited.  Here are a few peaks inside. 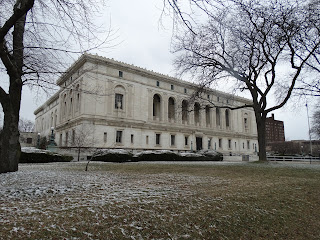 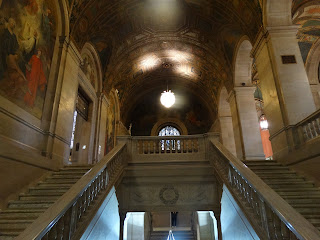 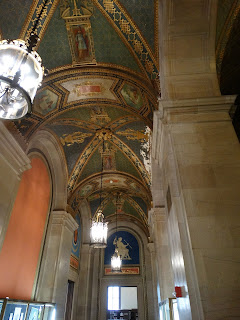 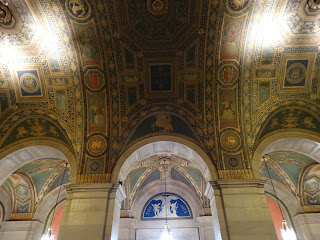 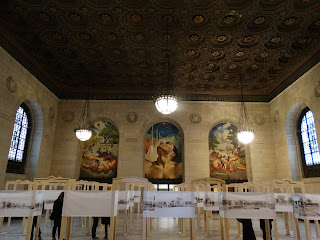 Does your library look like this???
Posted by Pastor Thomas E Schroeder at 9:00 AM