This sermon was preached at Good Shepherd Evangelical Lutheran Church of Novi, Michigan while public services were suspended due to the outbreak of COVID-19. 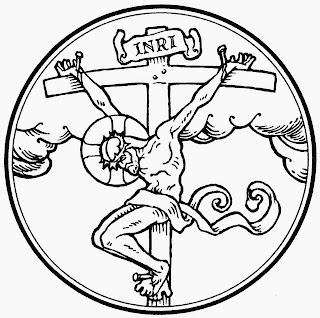 THE CRUCIFIED KING:
The King On The Cross

In the name of the Father and of the Son + and of the Holy Spirit.  Amen.
Posted by Pastor Thomas E Schroeder at 8:21 PM