Now that I have figured out a few things with my computer and the photos that I have uploaded, I can finally post some overdue photos of football from this season.  Here is a small sample from Martin Luther College's football game vs. Maranatha Baptist (Watertown, WI) and from Michigan Lutheran Seminary vs. Merrill, Ithaca, and Valley Lutheran (Saginaw).  Enjoy! 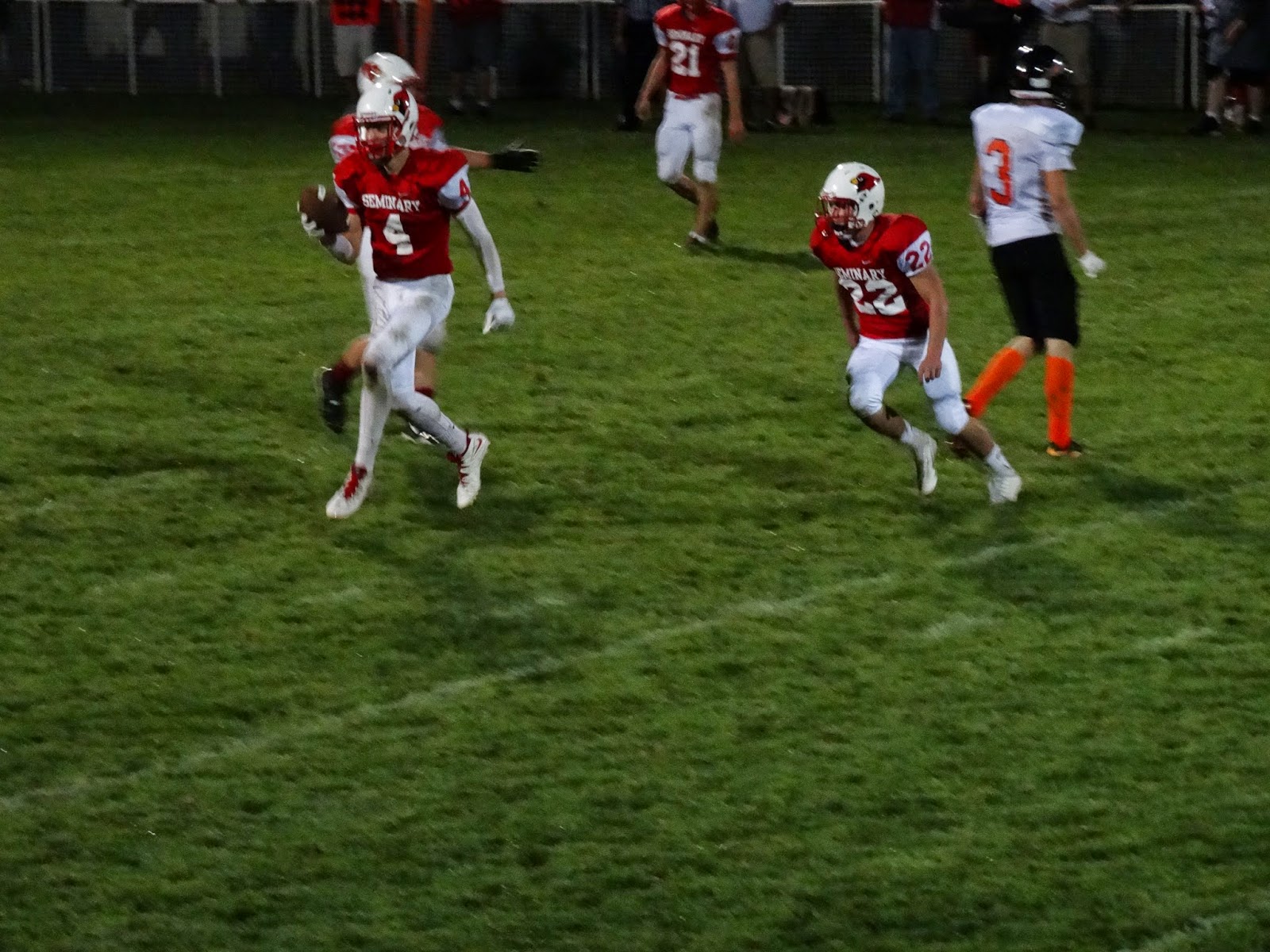 This was a post-interception celebration vs. Merrill. 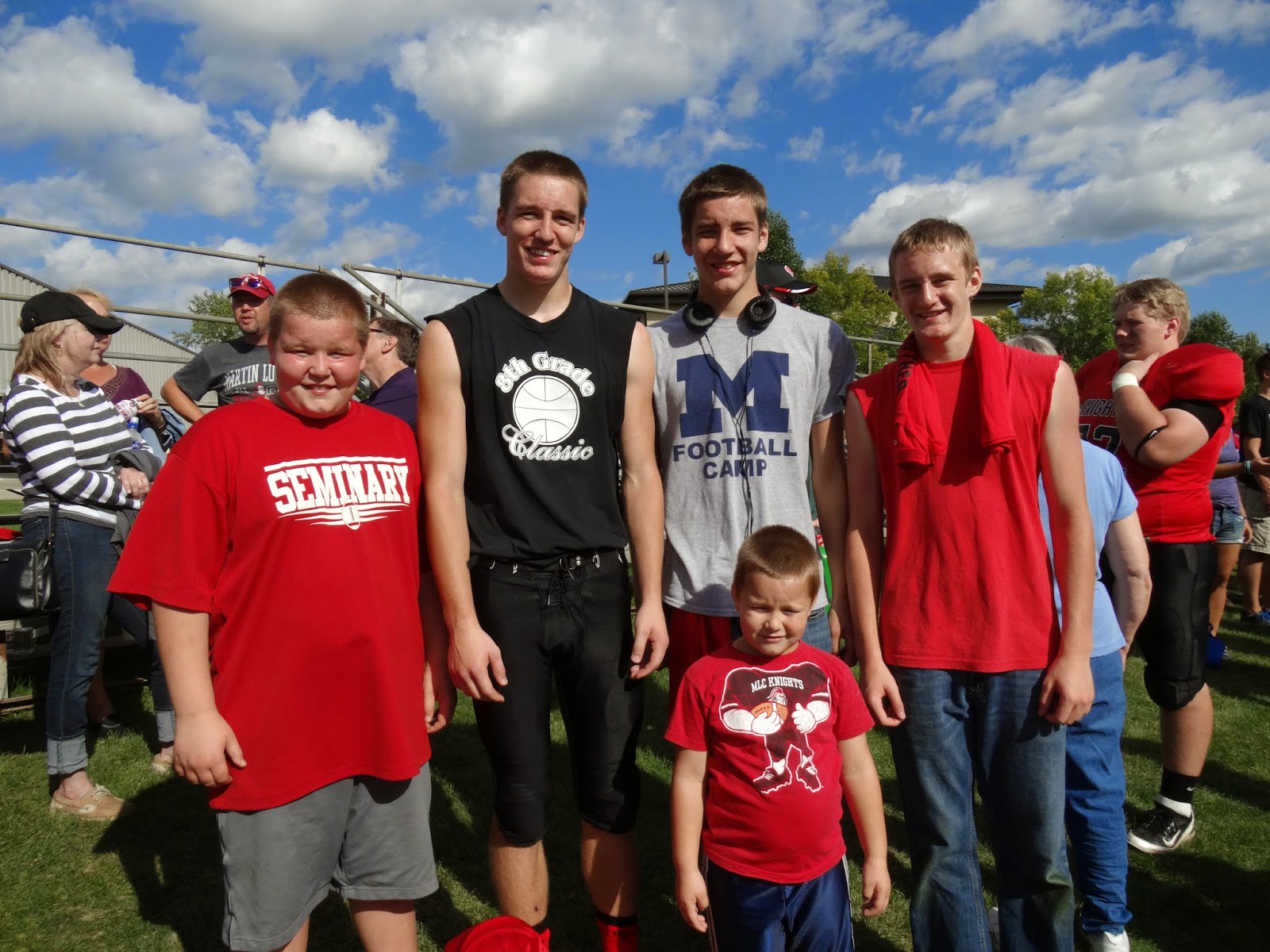 Nathanael, as a freshman, will not see the field too often this year.  Here, with MLC holding an insurmountable lead, Nathanael got to play quite a bit of the 2nd half.  He would rather play wide receiver, but with a strong preference for running, Nathanael has to play wingback if he is going to see playing time.  I think he had 2 carries and 1 catch this game. 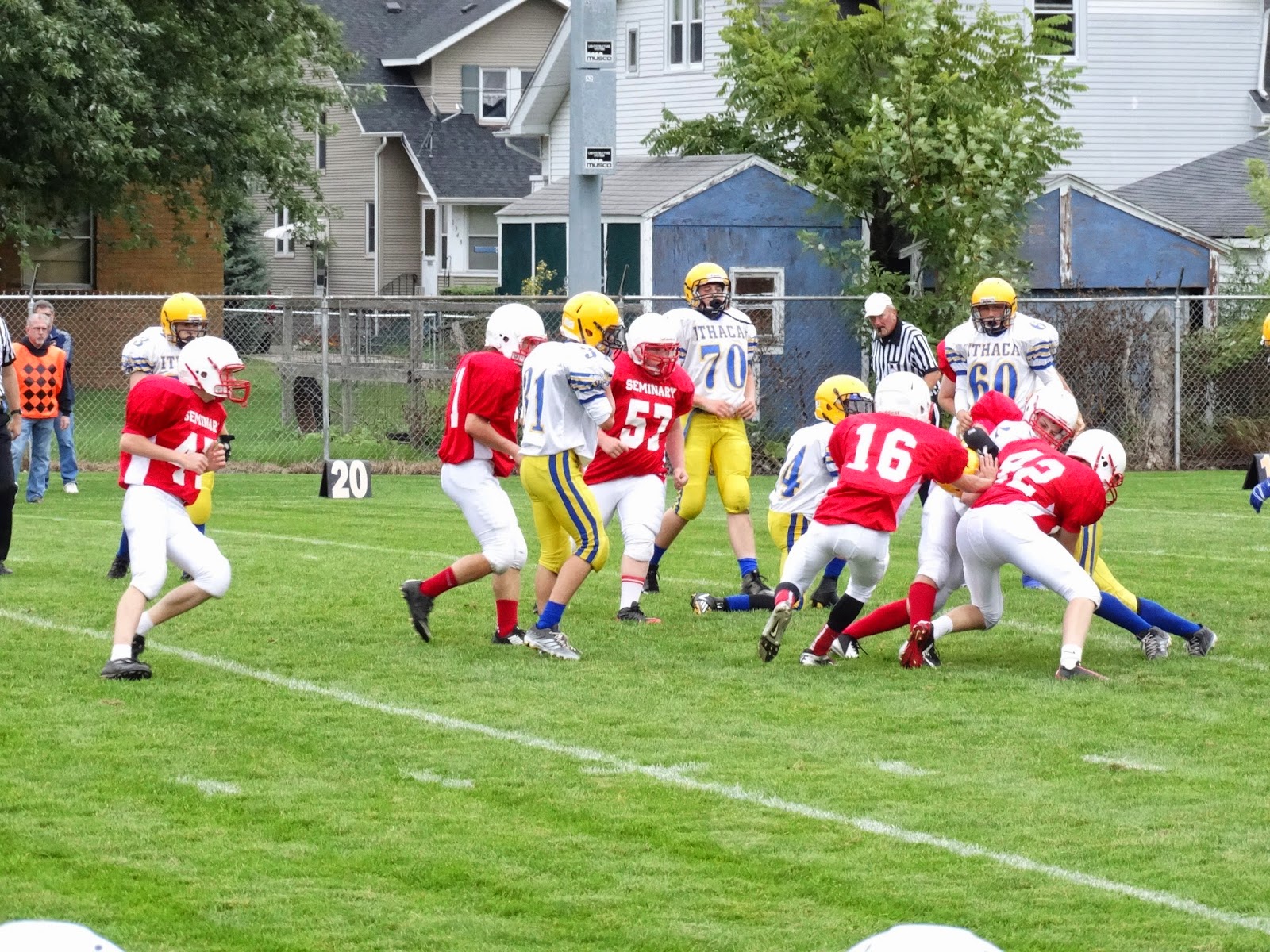 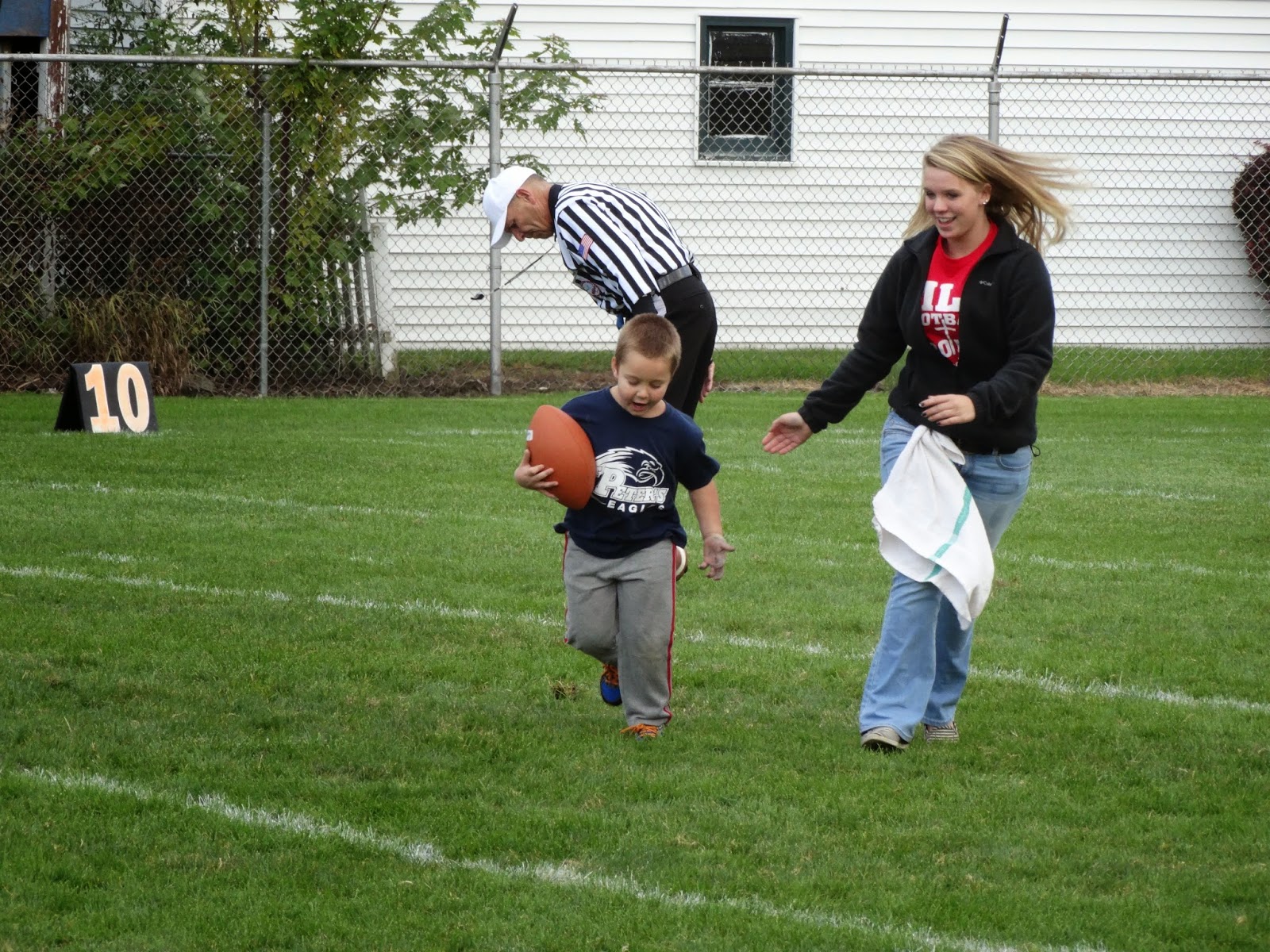 Guess who was one of the ball boys at the JV game vs. Valley Lutheran! 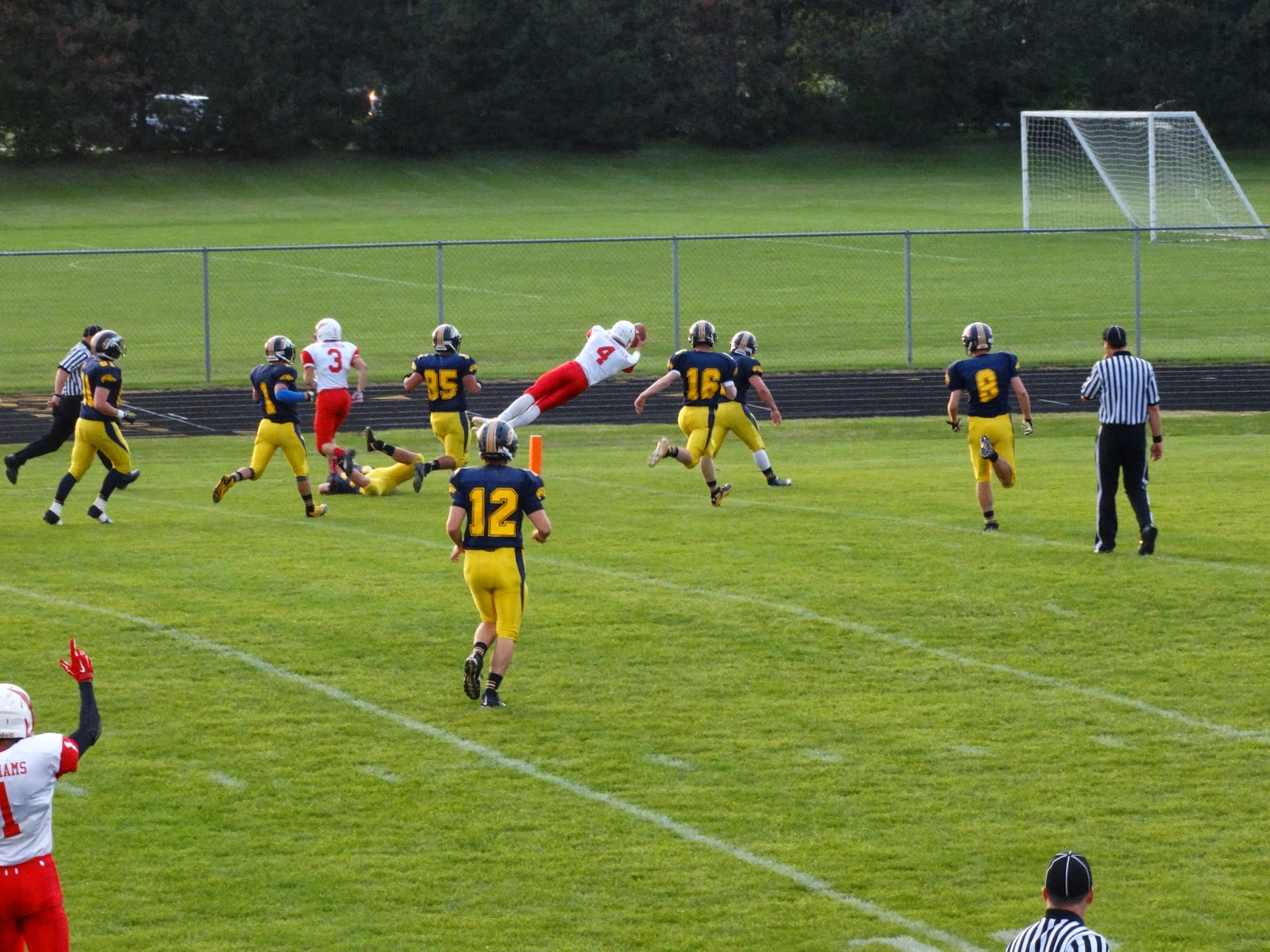 Andrew played QB for the first quarter against Valley Lutheran.  He had a long run on which he scored this TD.  He admitted that he did not have to dive for this TD.  Since he was going for a glory moment, I thought I would post this photo for the world to see it.  Despite the showmanship, the TD still only counted for 6 points.
Posted by Pastor Thomas E Schroeder at 9:50 AM