Last week, the Michigan Lutheran Seminary (MLS) Cardinals took on St. Louis.  The JV traveled to St. Louis, which is one of my favorite venues in the conference.  The outcome for the JV, however was not as nice.  MLS took it on the chin, 22-6.  We did not get there until the 2nd quarter, and we were told that we had missed nothing.  Apparently, MLS had only 3 offensive plays the entire 1st quarter because St. Louis kept on recovering their own onside kickoffs.

I think Caleb (#42) continues to get a bit more comfortable at safety, but experience can be a cruel teacher.  He did his best covering some receivers down field.  He had one really nice knock down of a deep pass, but saw the receivers pull in some others.  He will learn and he will get better.

Some photos from the JV game: 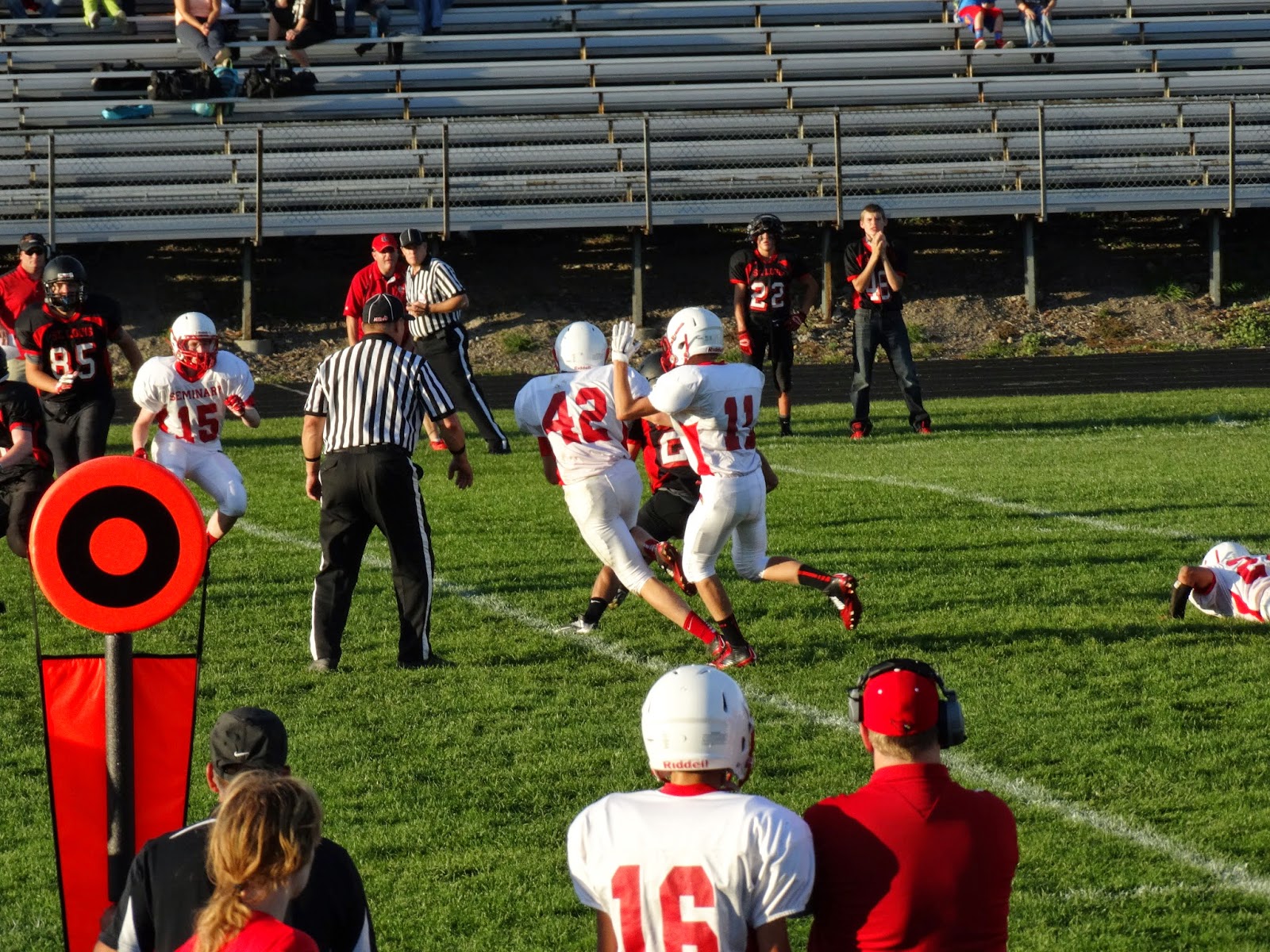 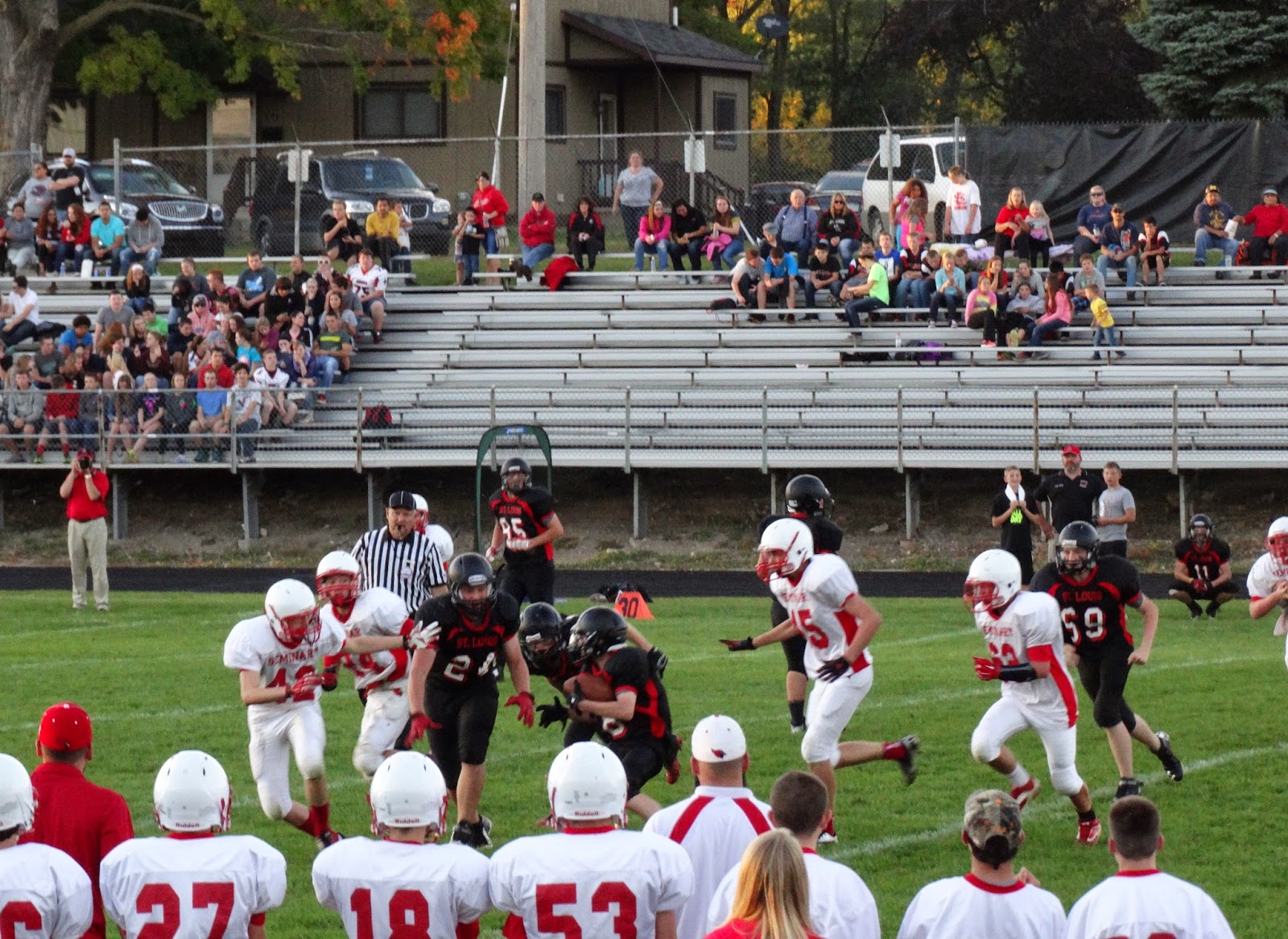 Caleb ended up making this tackle at the sideline. 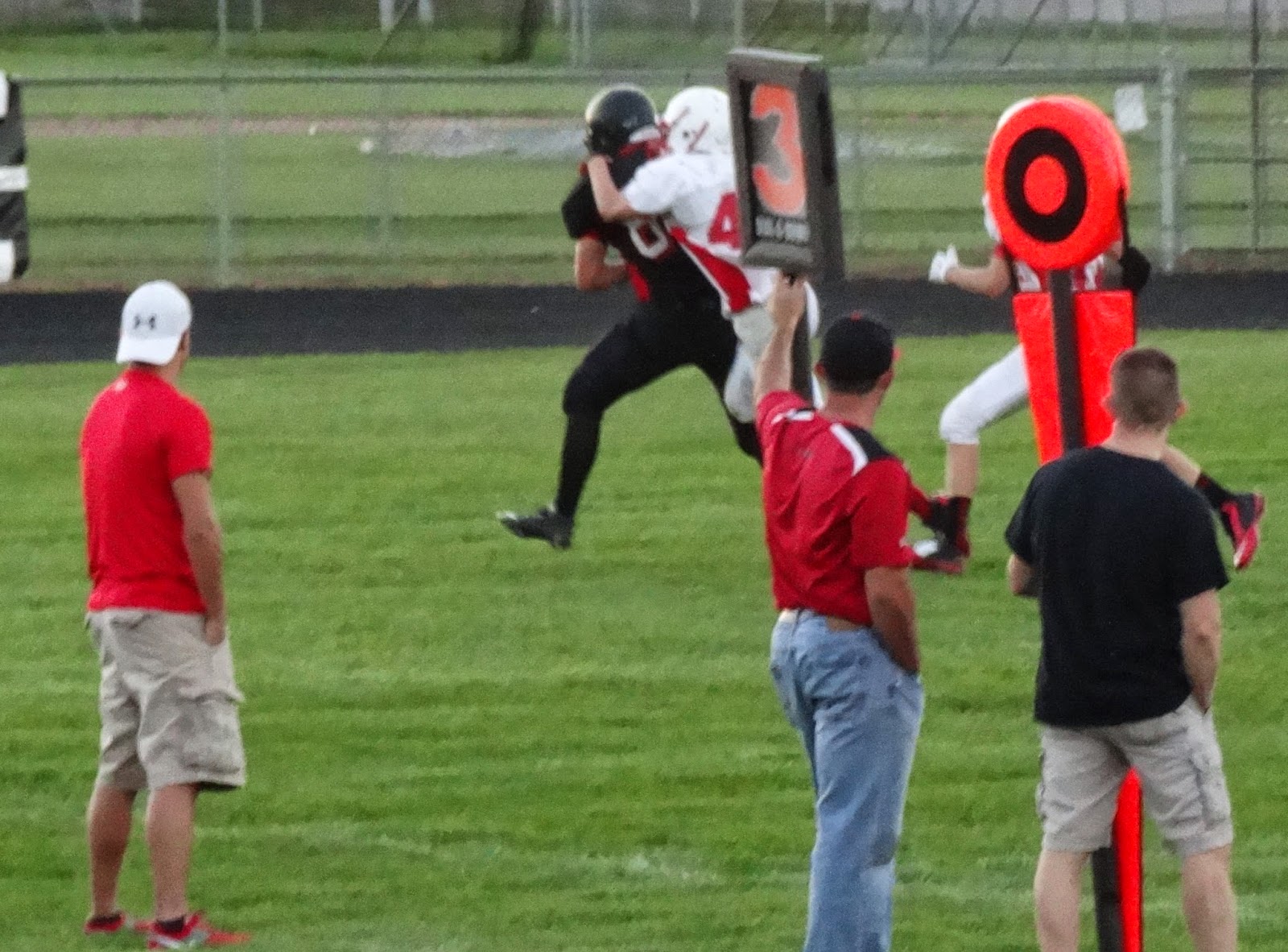 Caleb is right behind the down marker, saving the TD.
At least he ins't behind the orange first-down marker.
That would have been a great photo for a family in the witness protection program.

The varsity hosted St. Louis for the MLS homecoming.  They took care of business, beating the Sharks 40-0.  Andrew continues his streak of games of being about 6 inches taller than the corner covering him.  He jumped up for a really nice catch but landed just out of bounds (not the first photo).  He finally did haul in a TD, but he was certainly looking for at least one more.  In all, he had 4 catches for about 80 yards.  Some photos: 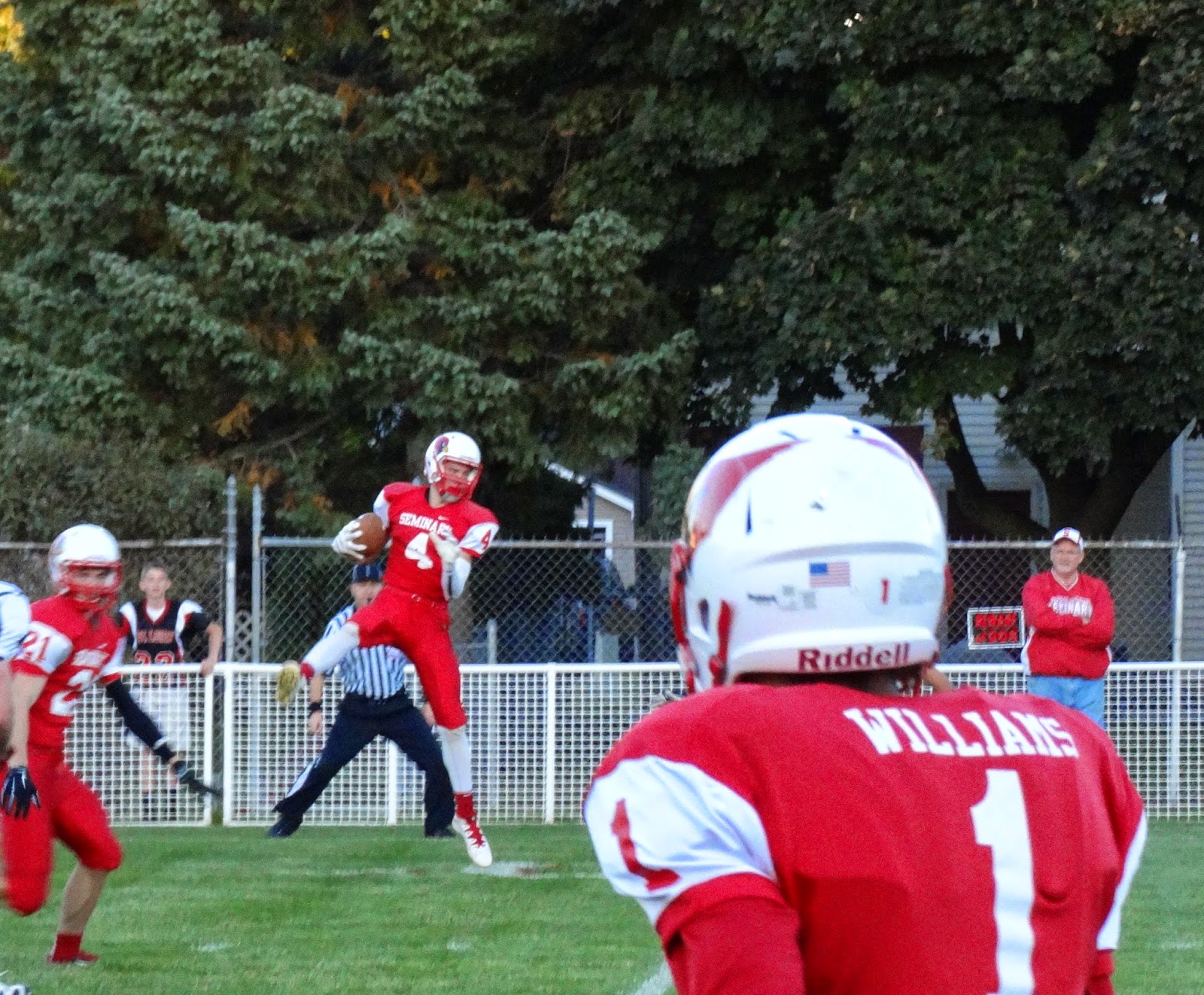 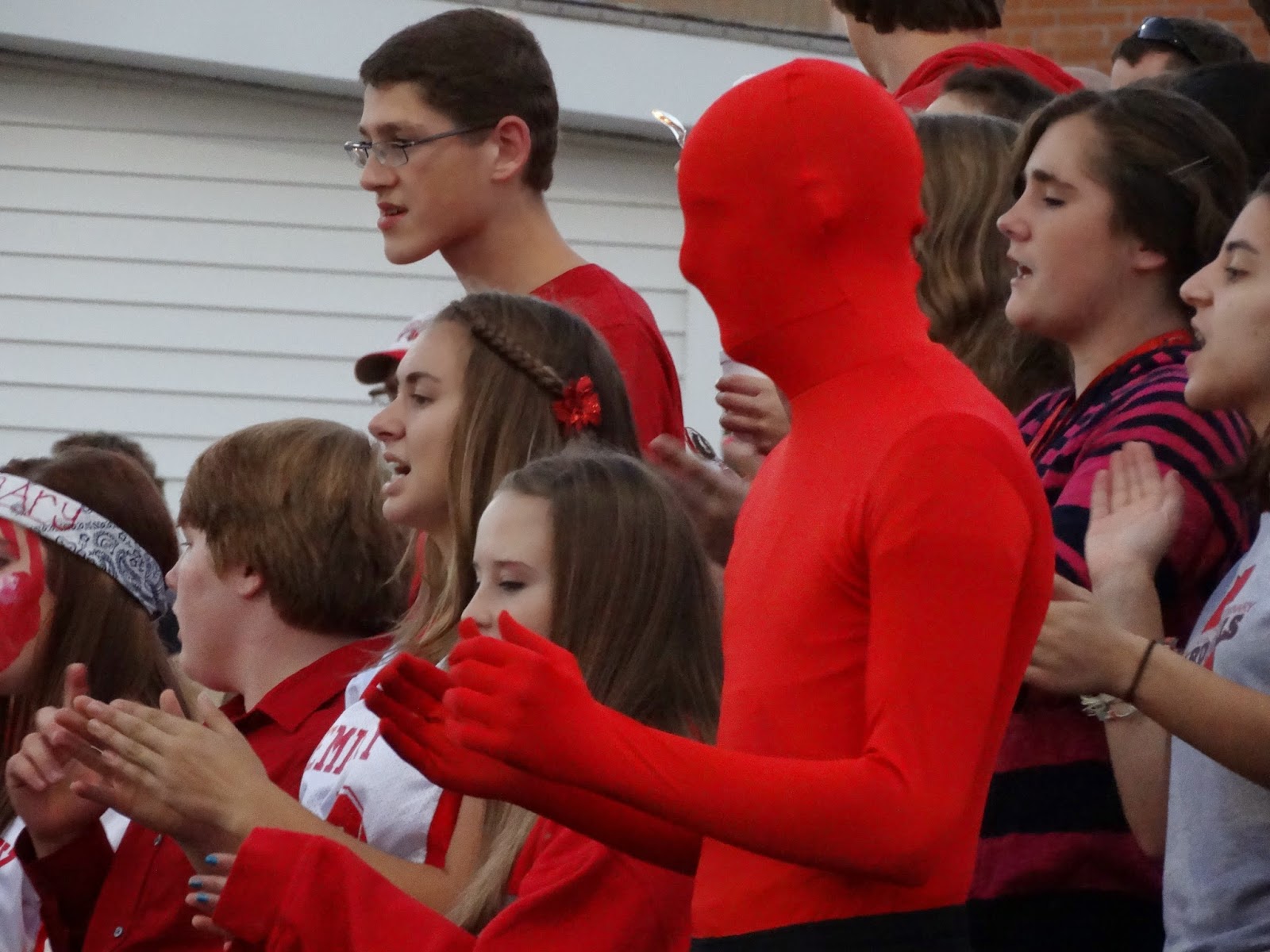 Caleb, dressed as usual for MLS varsity football games, in his morph suit. 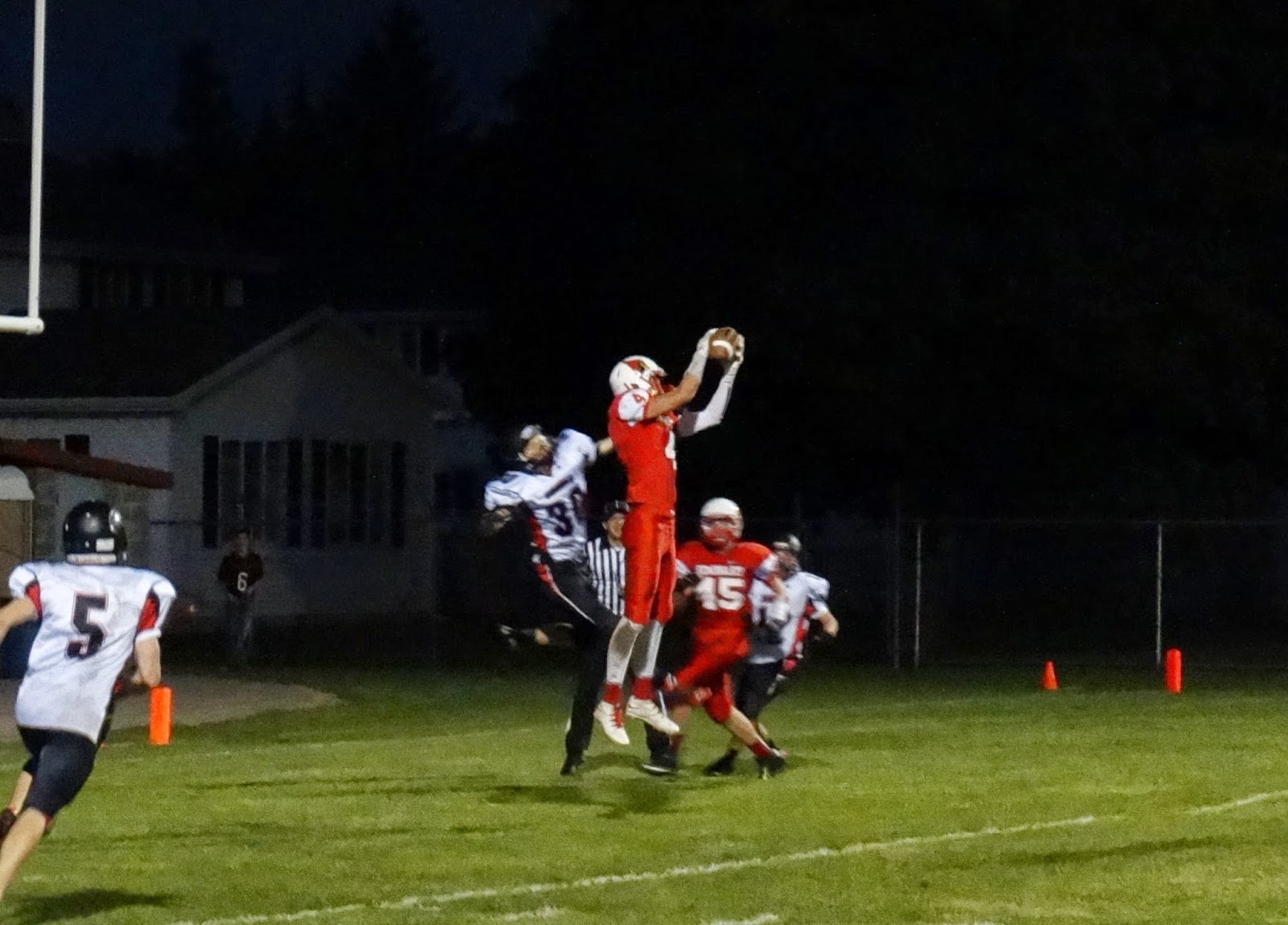 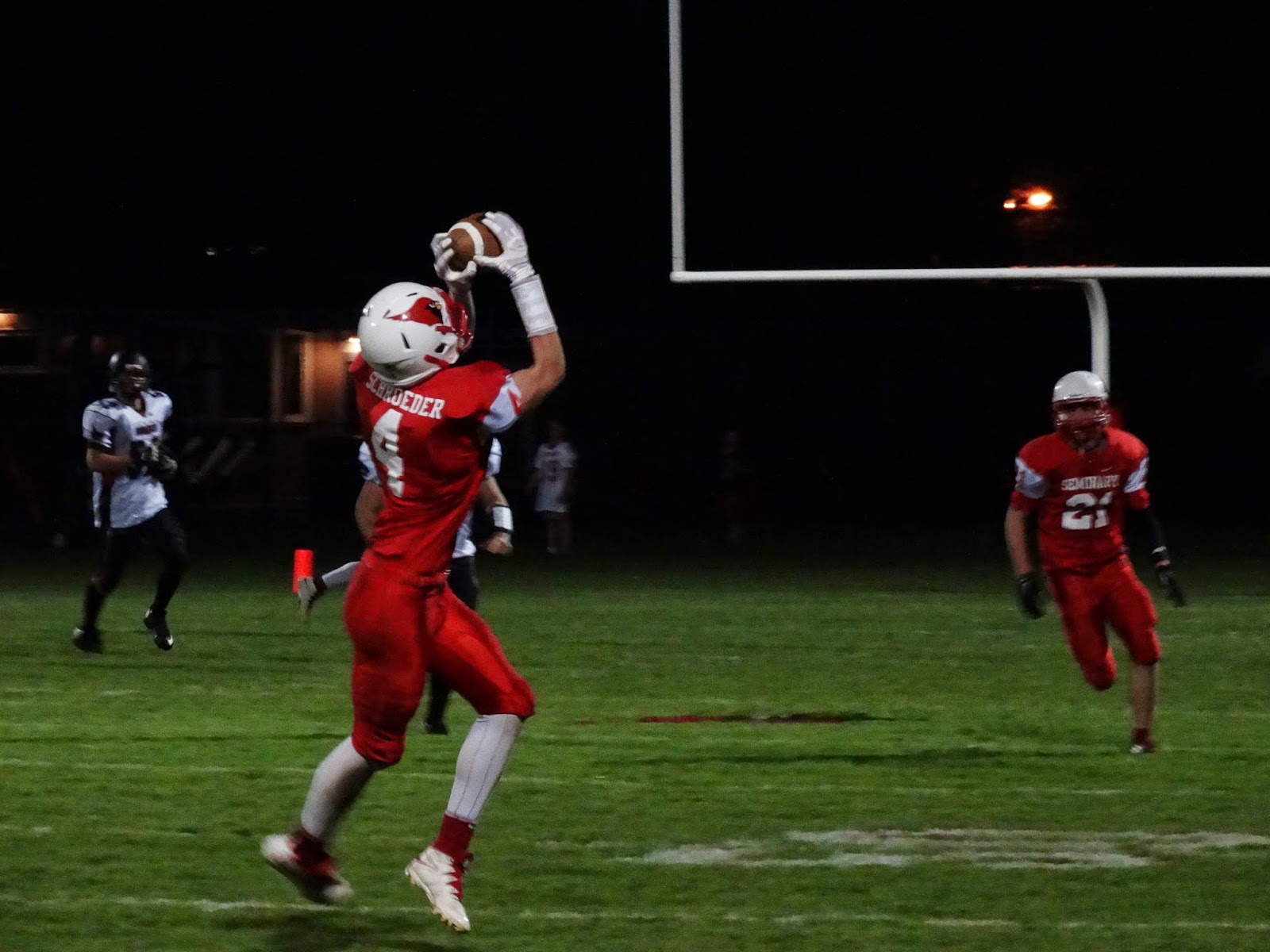 Gain of about 40 yards on this one.
Posted by Pastor Thomas E Schroeder at 7:43 AM