Highs and Lows for Basketball

It was an interesting weekend for basketball.  Philip's game got cancelled, so we drove up to Saginaw for a series of games.  At Michigan Lutheran Seminary, Caleb's freshmen team lost a tight game on Friday night against Valley Lutheran.  Andrew's varsity team played St. Charles, who really hustled hard and gave MLS a lot to handle.  MLS came out on top, but it was much closer than they had thought it would be.  Credit St. Charles for a hard-fought game--although the "hard-fought" part meant that Andrew and one other player had to leave the game with bloody mouths (no fouls on those, either). 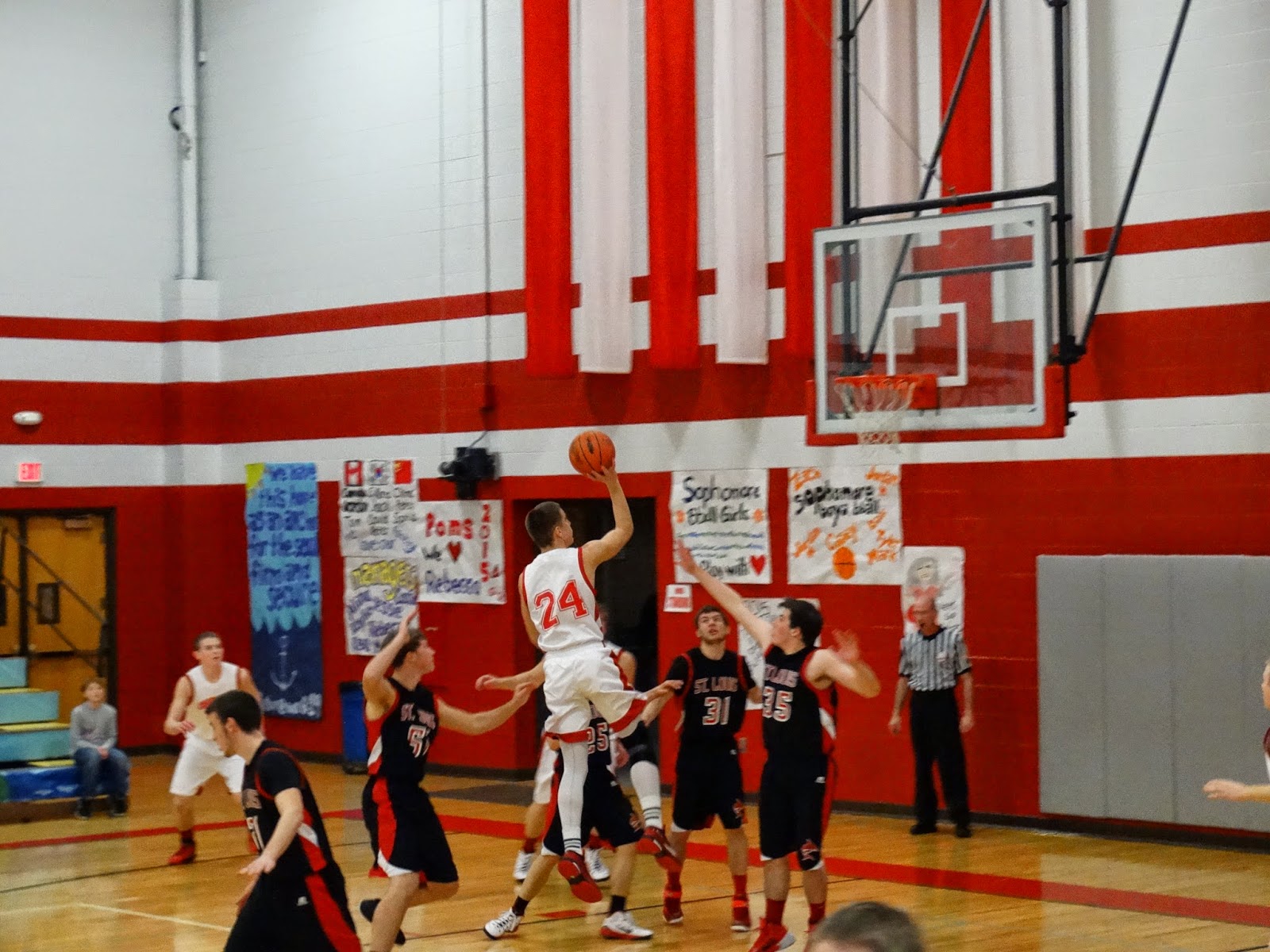 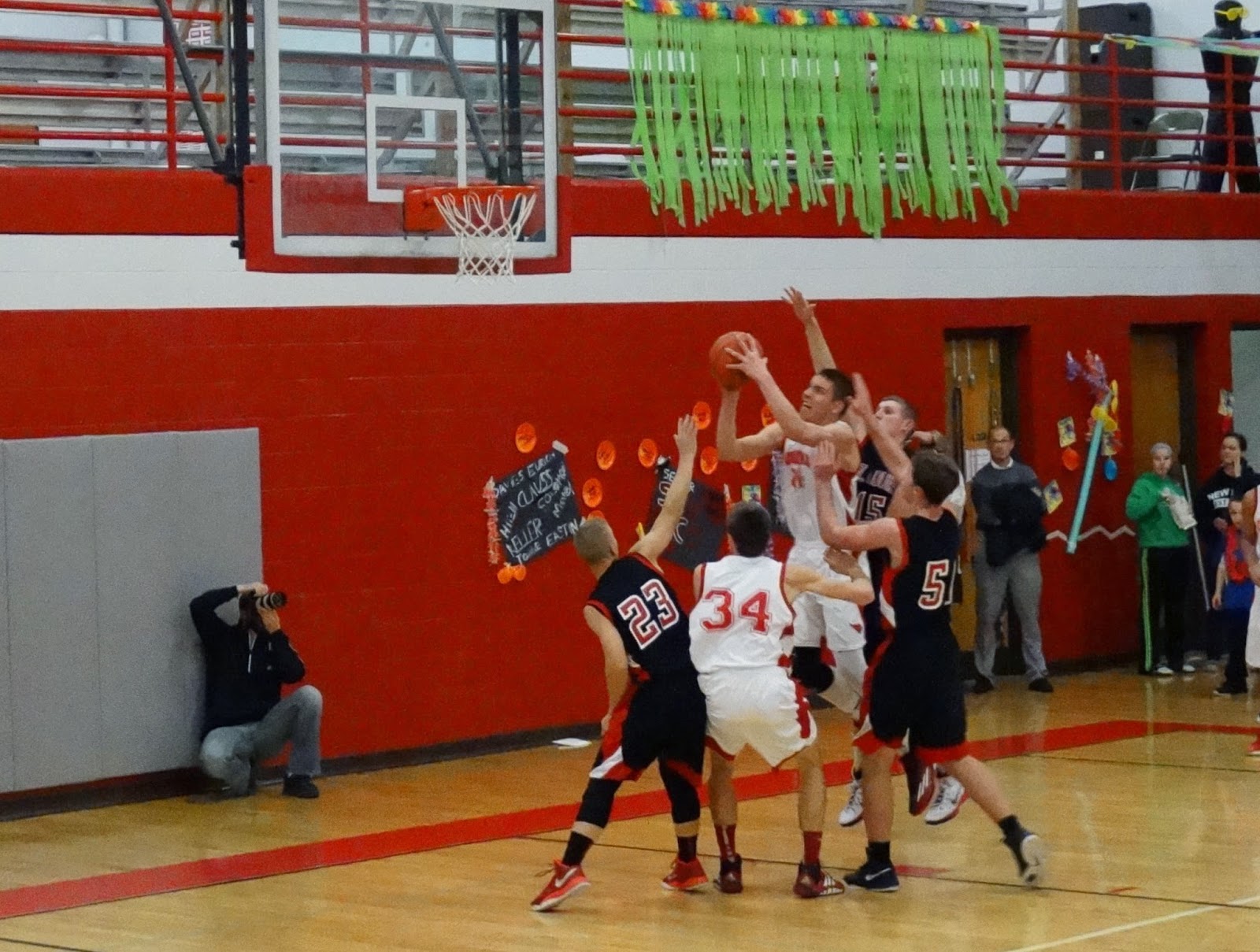 Faith's Martin Luther College team played against Northwestern College in St, Paul and came up short.  But then we got the news that MLC came out on top against North Central College in Minneapolis, 53-51.  Faith grabbed an offensive rebound late in the game and put it back up for the go ahead points.  MLC hung on to win.  There is a nice article and a photo that you can find here.

Meanwhile, Caleb's freshmen team had a couple of games in Carrollton.  The won the first 33-31 and lost the second by 21.  The worst part of that loss can be seen in the final photo below.  Happy Birthday to you. 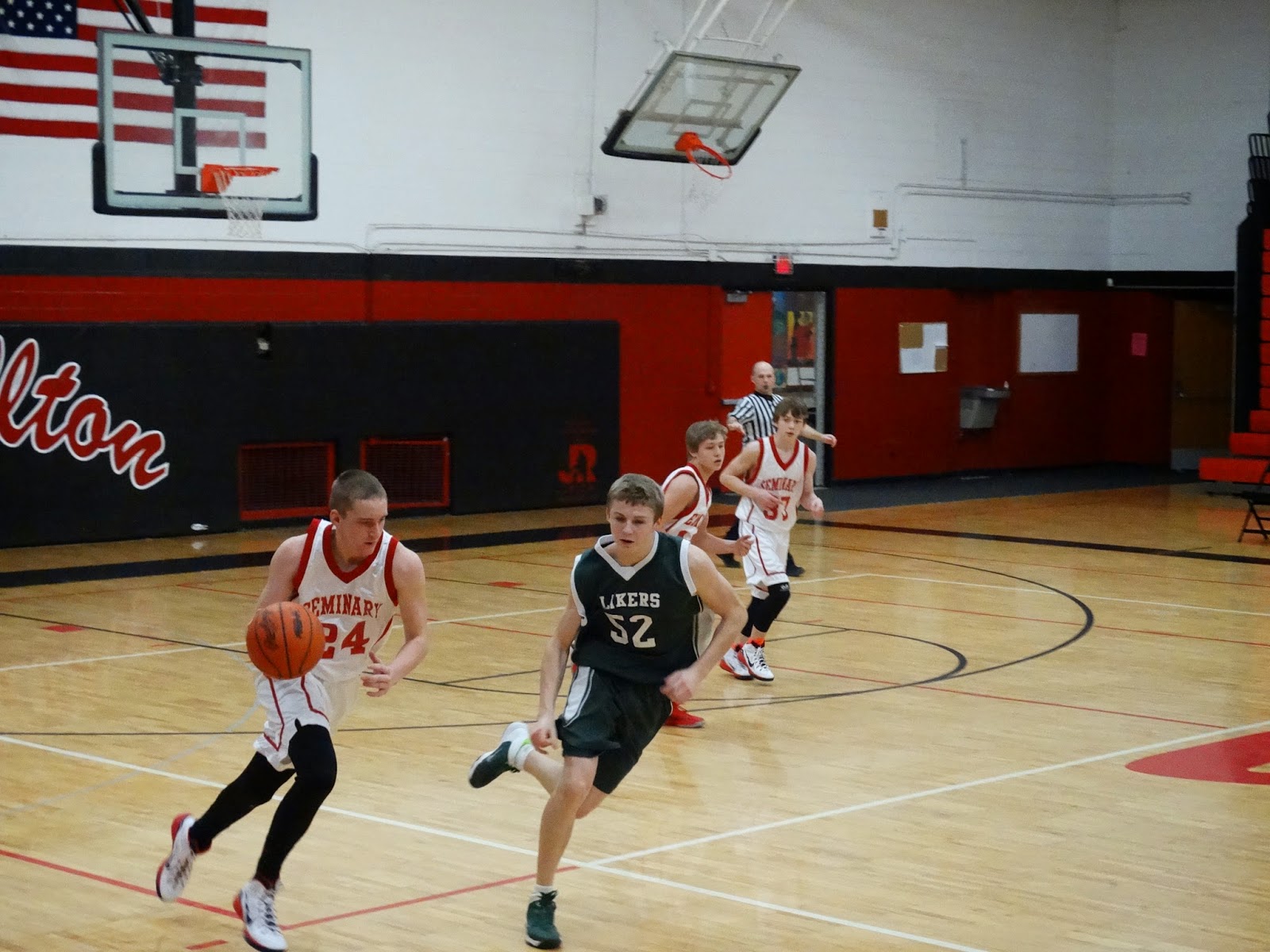 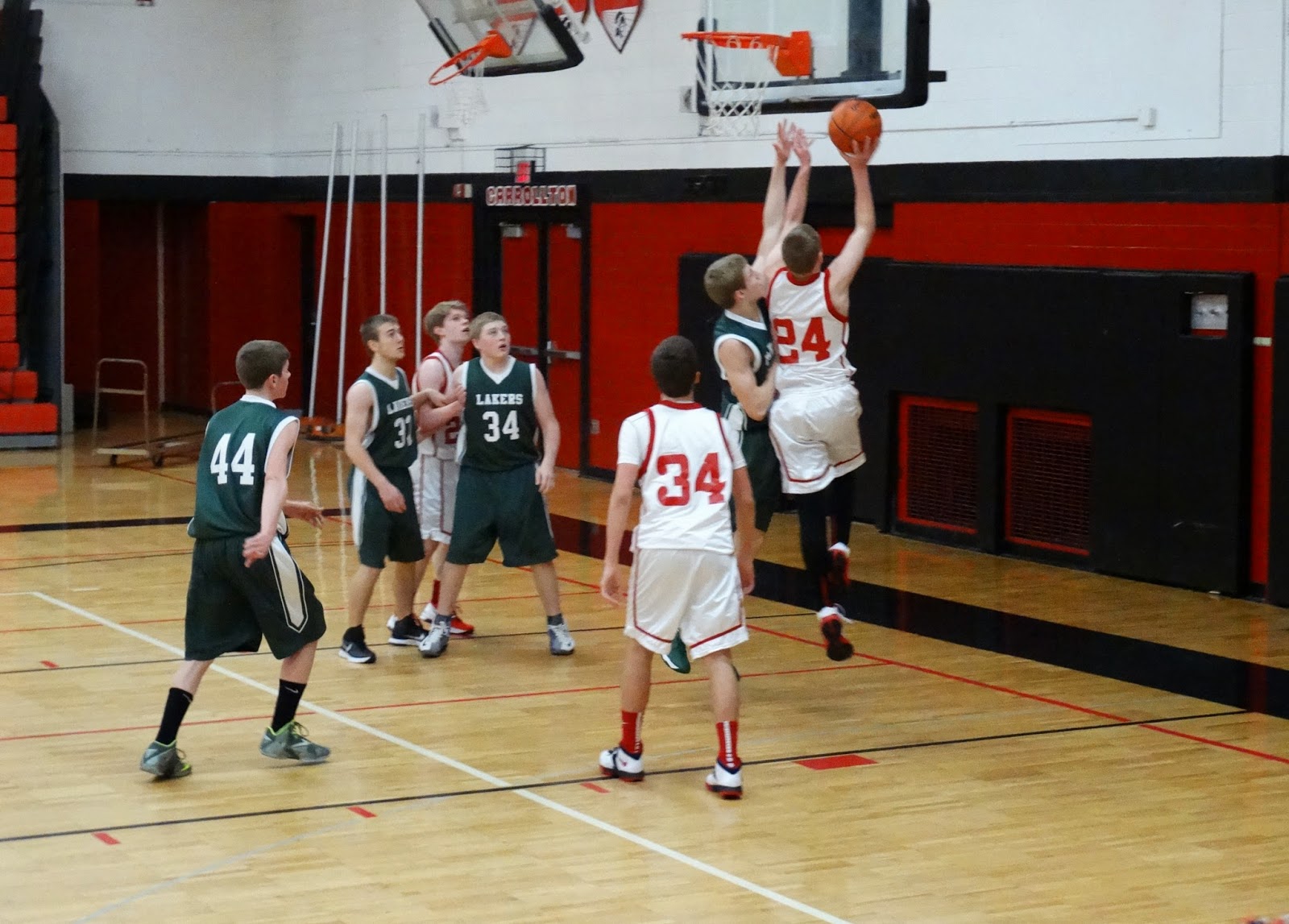