The Local Tourist hit the road this weekend.

I have seen Faith play a number of games online, but not live, since she has been in college.  This weekend, I got to make the trip to see her live.  As a bonus, my parents decided to join me on the trip.

First, I had stopped in St. Joseph, Michigan to take some photos of the ice-encrusted lighthouse there.  In the past when I was traveling with other family members, I did not try the patience of other travelers.  This time, driving solo, I decided to stop.  As it turns out, I also ended up stopping in Michigan City, Indiana and grabbed some photos there.  The stop in Michigan City was a matter of taking one exit too early, but once I got that close to the lake, I had to check out their lighthouse too.  Photos below. 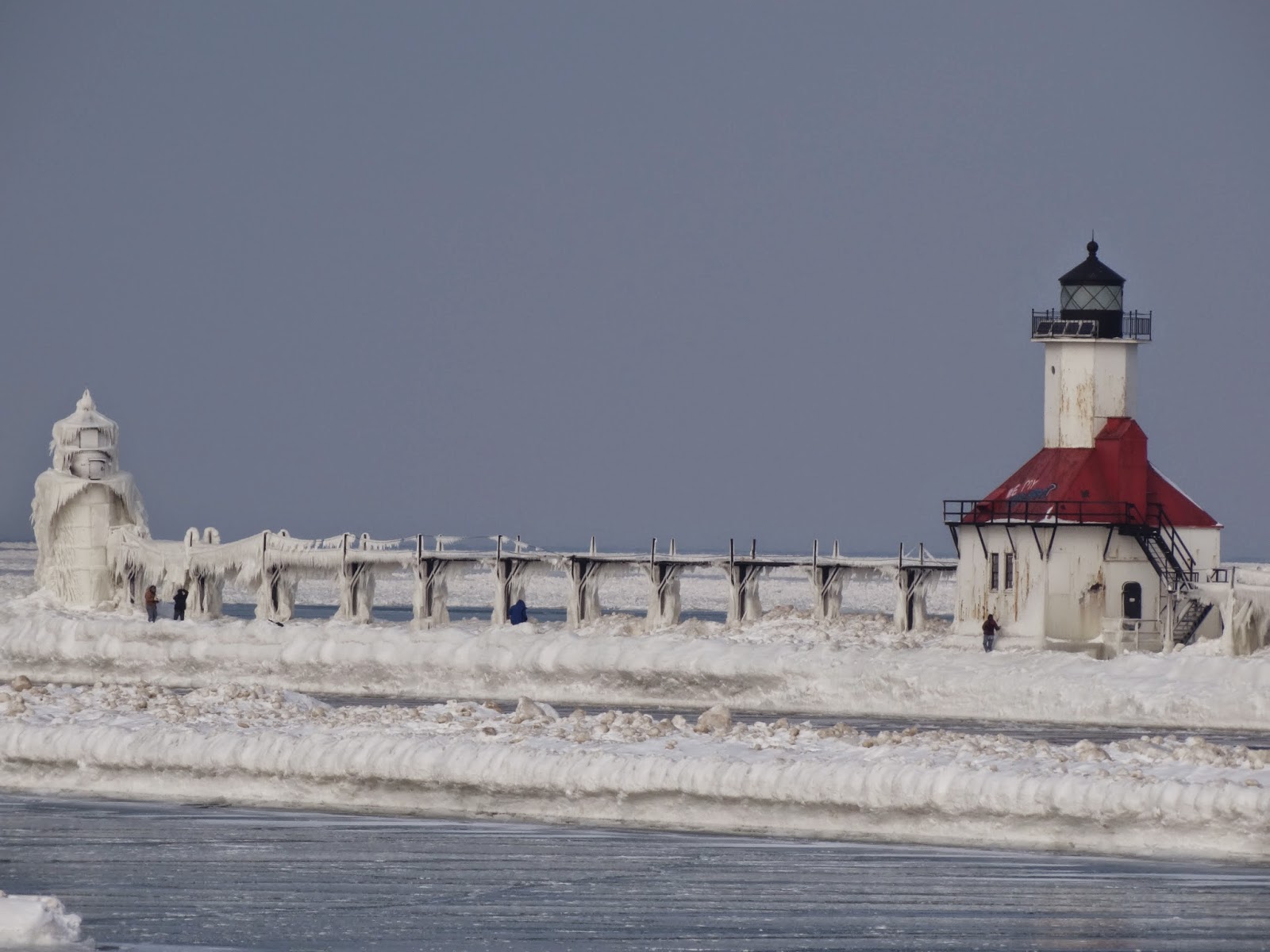 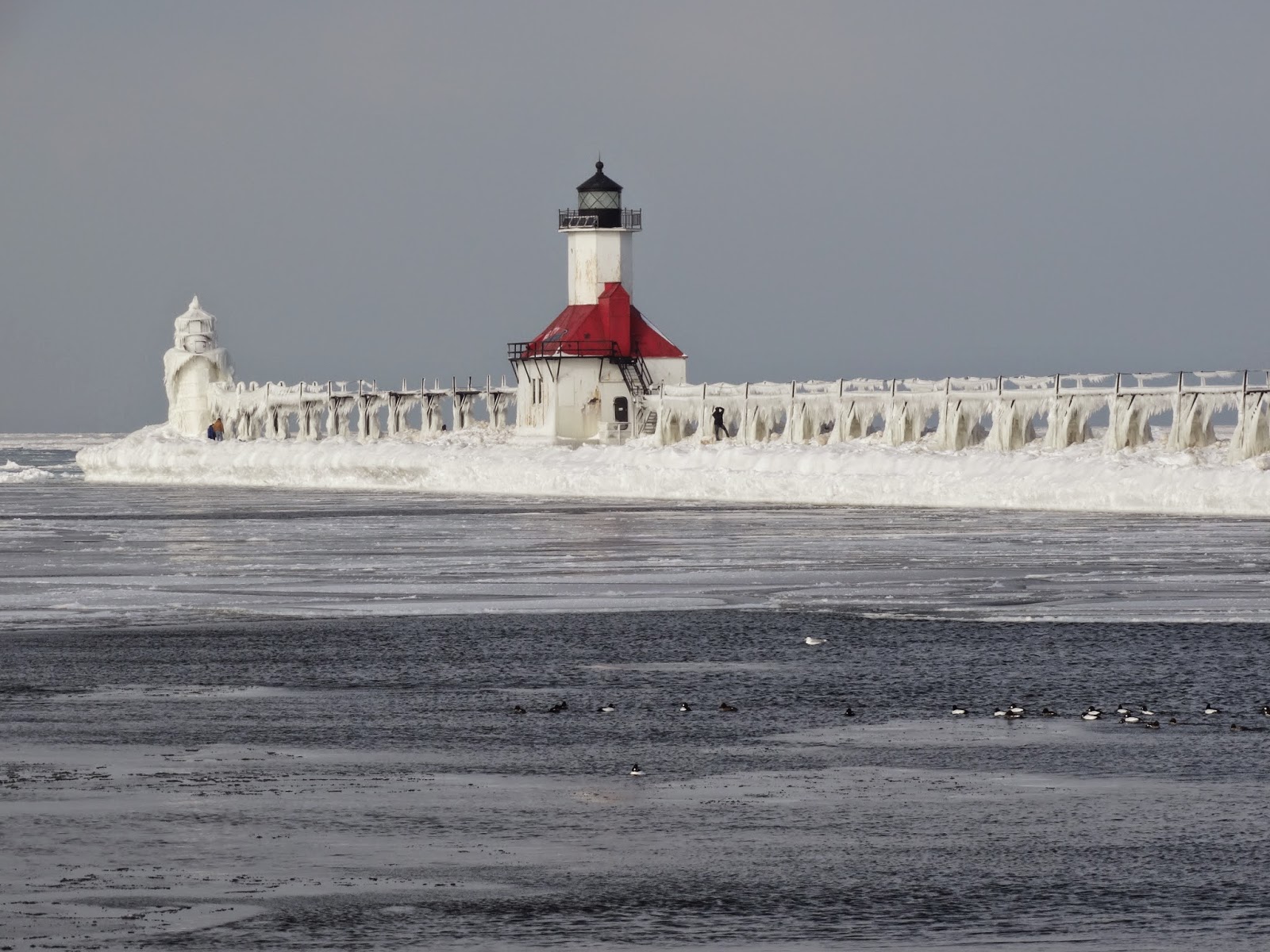 We got to New Ulm and got to see Faith play against Crown College.
Martin Luther College won, 69-48.  (At least I'm pretty sure that was the final; they took the score off REALLY fast.)  Tomorrow, MLC plays U of Minn--Morris.  I was told that should be a tougher game.  Finally, the world of texting allowed me to find out Philip's St. Peter's team won and that MLS beat rival Ithaca.  Photos of some of Faith's game below. 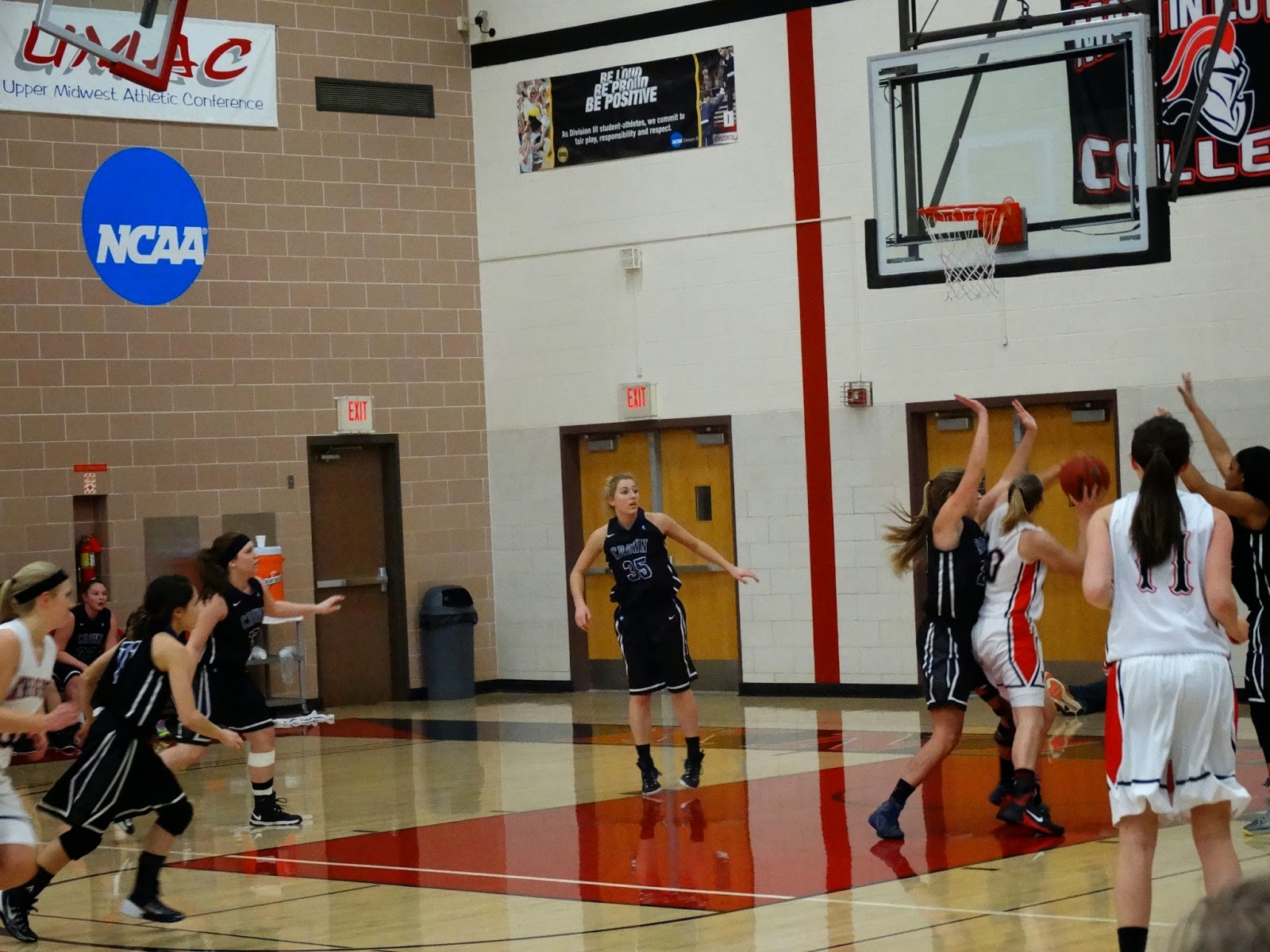 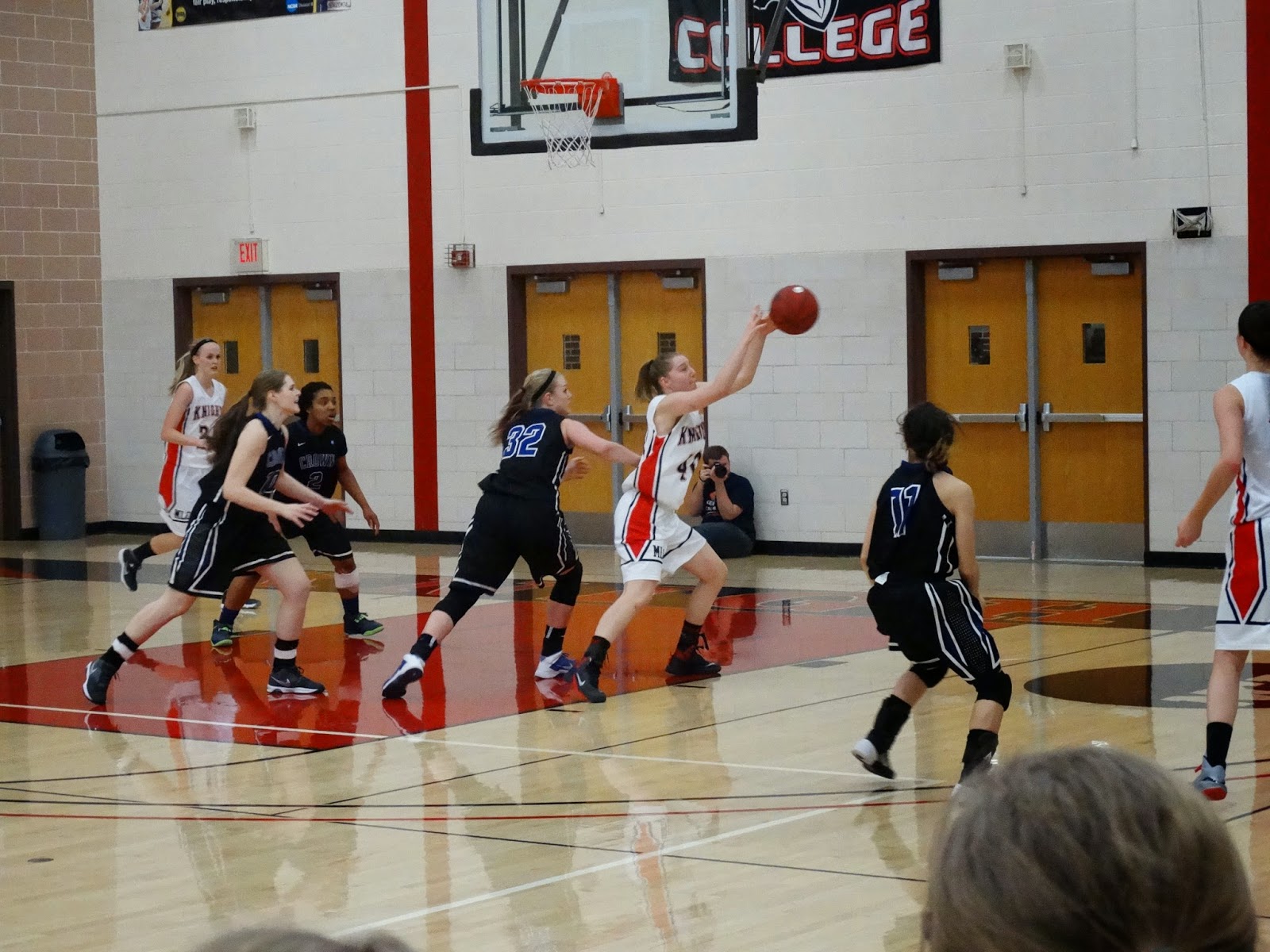 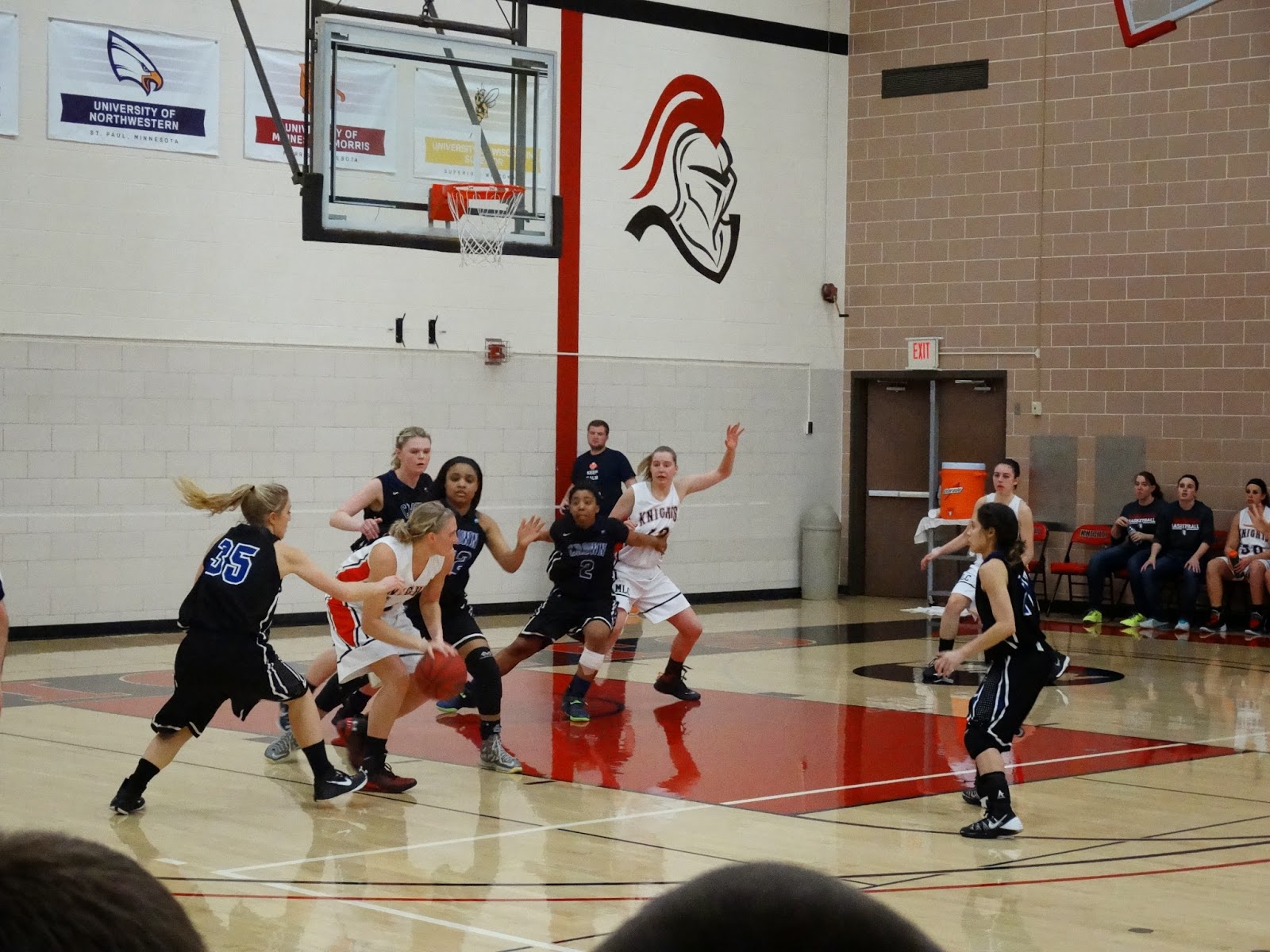