And we are writing to you at last
Our annual letter, our year in review
For us to reflect and inform all of you. 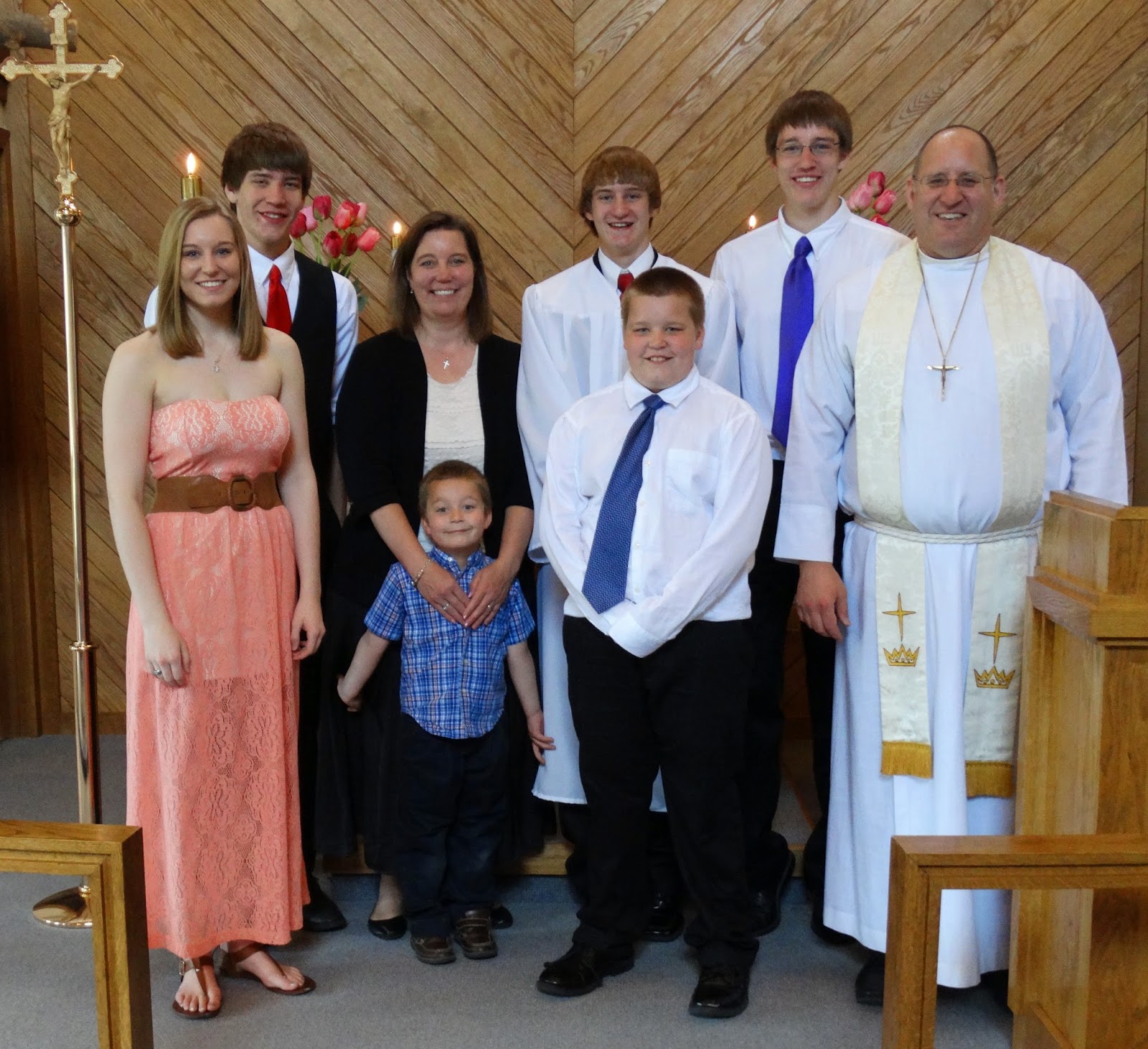 The year began with a medical concern,
The diagnosis taking quite some time to learn—
Laura’s legs and arms were getting badly bruised.
We need to know why she’d blacked and she’d blued.

Some medical questions were less than inspired—
Ask a mother of six, “Do you often feel tired?”
After many-a test and ruling things out,
The doc said, “It’s ITP; there is no doubt.”

Laura’s blood platelet count dropped excessively low.
“How do we fix this?” we wanted to know.
Injection, infusions, and hospital stays
Brought no lasting cure – not much, anyways.

So in early November, surgery was set
Removing Laura’s spleen was our last and best bet.
We are grateful to say that all went well.
Laura’s ITP is better from what we can tell.

She went back to teaching before December ended,
Which suggests that she has pretty well mended.
Despite ITP, she has managed our abode,
Getting rest as needed but was not often slowed. 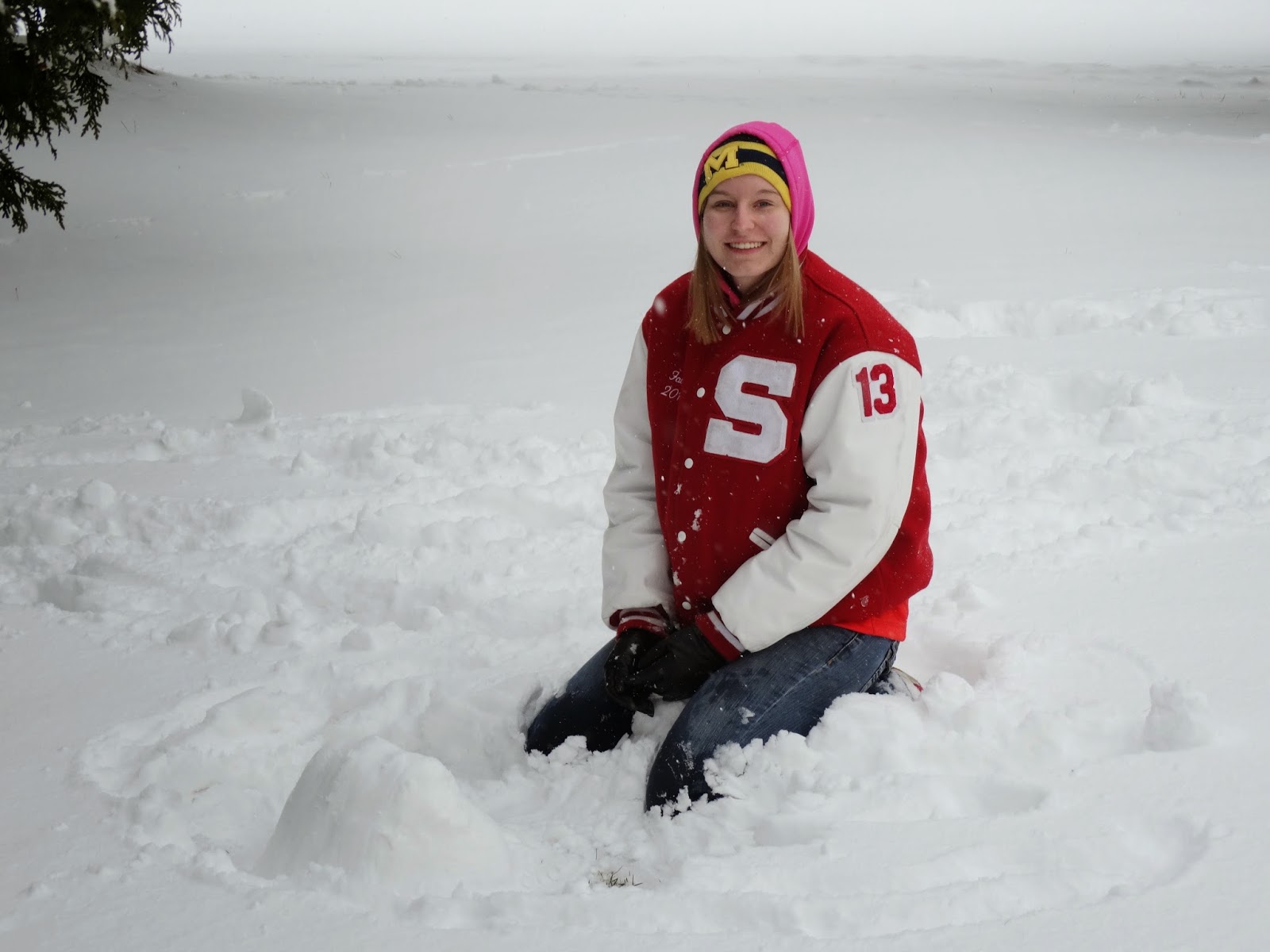 Tom continues to serve all the while
Where Meadowbrook Road crosses Nine Mile—
The only Lutheran church in the city,
Good Shepherd, which is small but it is pretty.

He has tried to take on additional studies
With online classes and meetings with buddies.
He reads for his Octoberfest Luther Lecture
So it’s based on facts and not on conjecture.

Faith is a sophomore for the MLC Knights.
She has class in her days and basketball nights.
She likes the education track she has chosen
But notes that Minnesota is usually frozen.

In the summer, Faith doesn’t sit on her fanny—
She watches two boys when she works as a nanny.
In off hours she works out with all kinds of drills
So she can improve on her basketball skills. 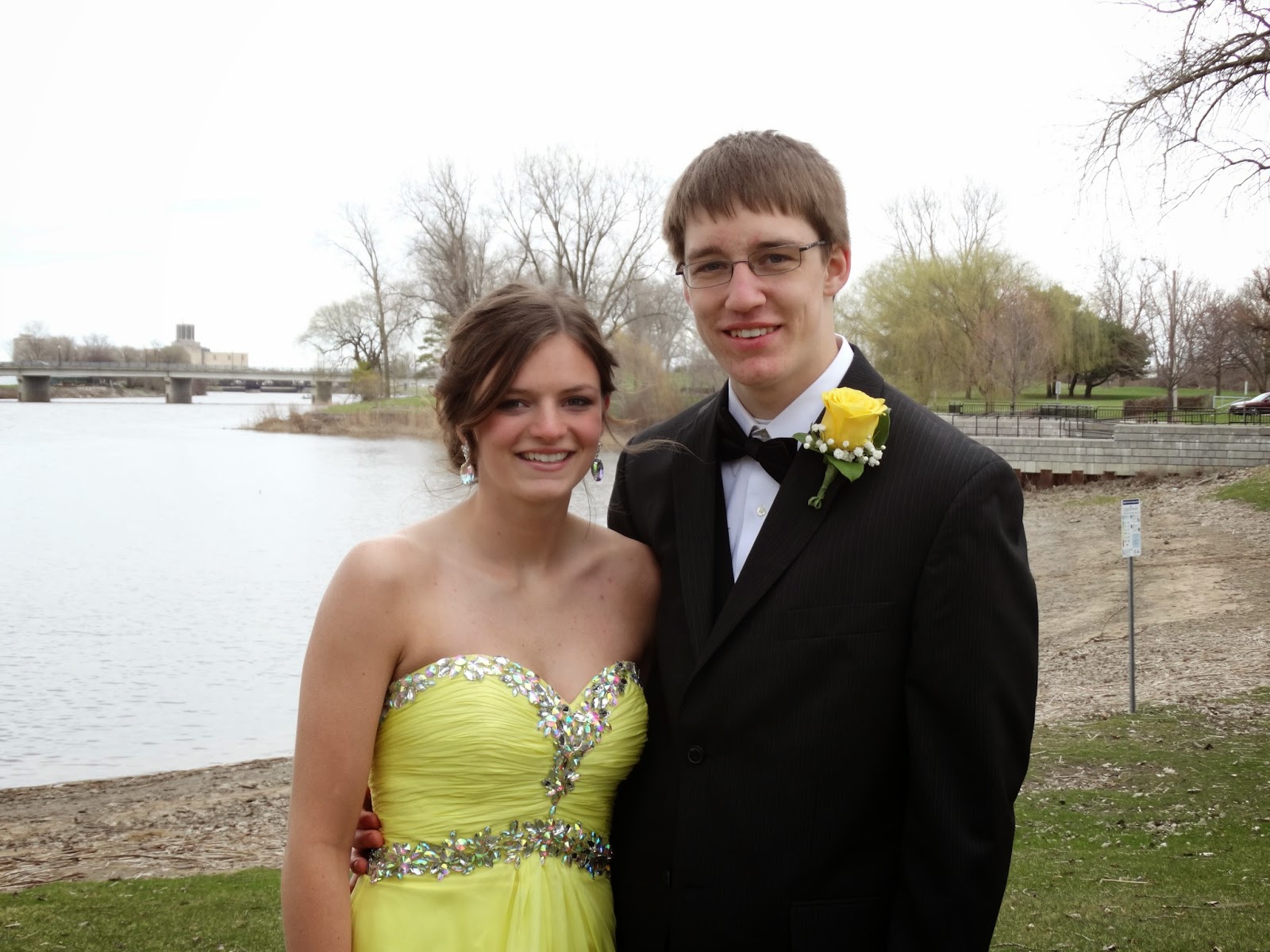 Nathanael had a big year in 2014,
His birthday was his last one as a teen.
We marked his high school graduation day
From Michigan Lutheran Seminary in May.

Basketball, track, and a concert choir tenor
Are how Nathanael finished his year as a senior.
Summer days meant weed-whacking and lawn mowing.
For years he and Charli Sayles are steadily going.

For college those two have tried to stay calm
With she in Milwaukee and he in New Ulm.
Nathanael tried football for the MLC Knights
Who rarely pass the ball.  Said Nathanael, “That bites!” 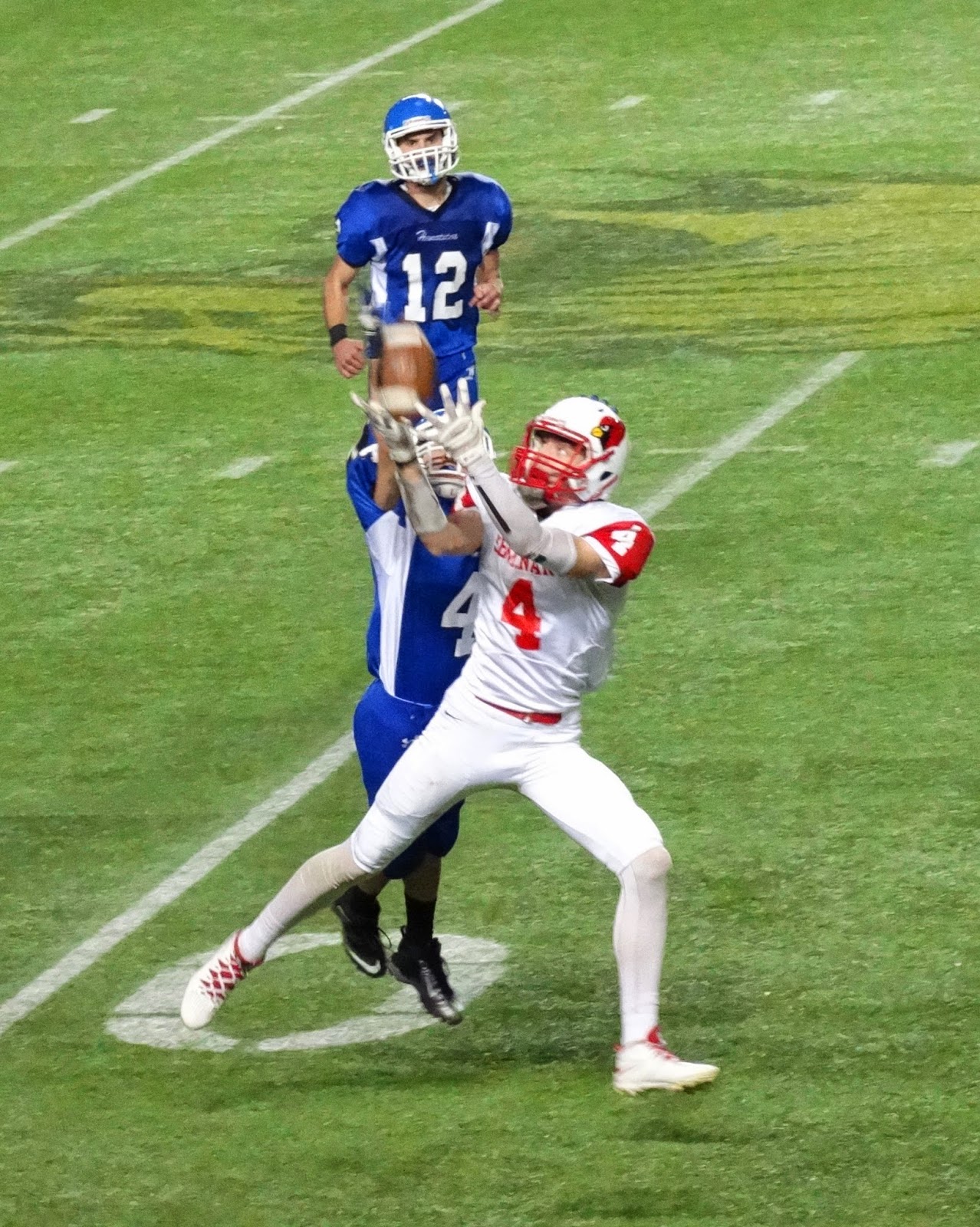 Going deep into the playoffs was one special reason.
The semi-finals were in Marquette’s Superior Dome
But a few points short meant a long, long trip home.

Andrew plays basketball for the Cardinal squad.
So far his games have been far from flawed.
He played JV baseball in the last, chilly Spring.
It kept him busy, but he said, “It’s not my thing.”

He’s in concert choir this year as a junior.
He goofs around with friends and seems to be loonier.
He loves to drive and always asks for the keys.
He also works lawn care in summer heat or breeze.

Caleb also had a big year in the past twelve months.
He graduated, proving that he’s no dunce.
His years at St. Peter, from K to Grade 8
Are now all complete and he thinks that’s great.

In May, Caleb took his confirmation vow.
He comes to the altar for Holy Communion now. 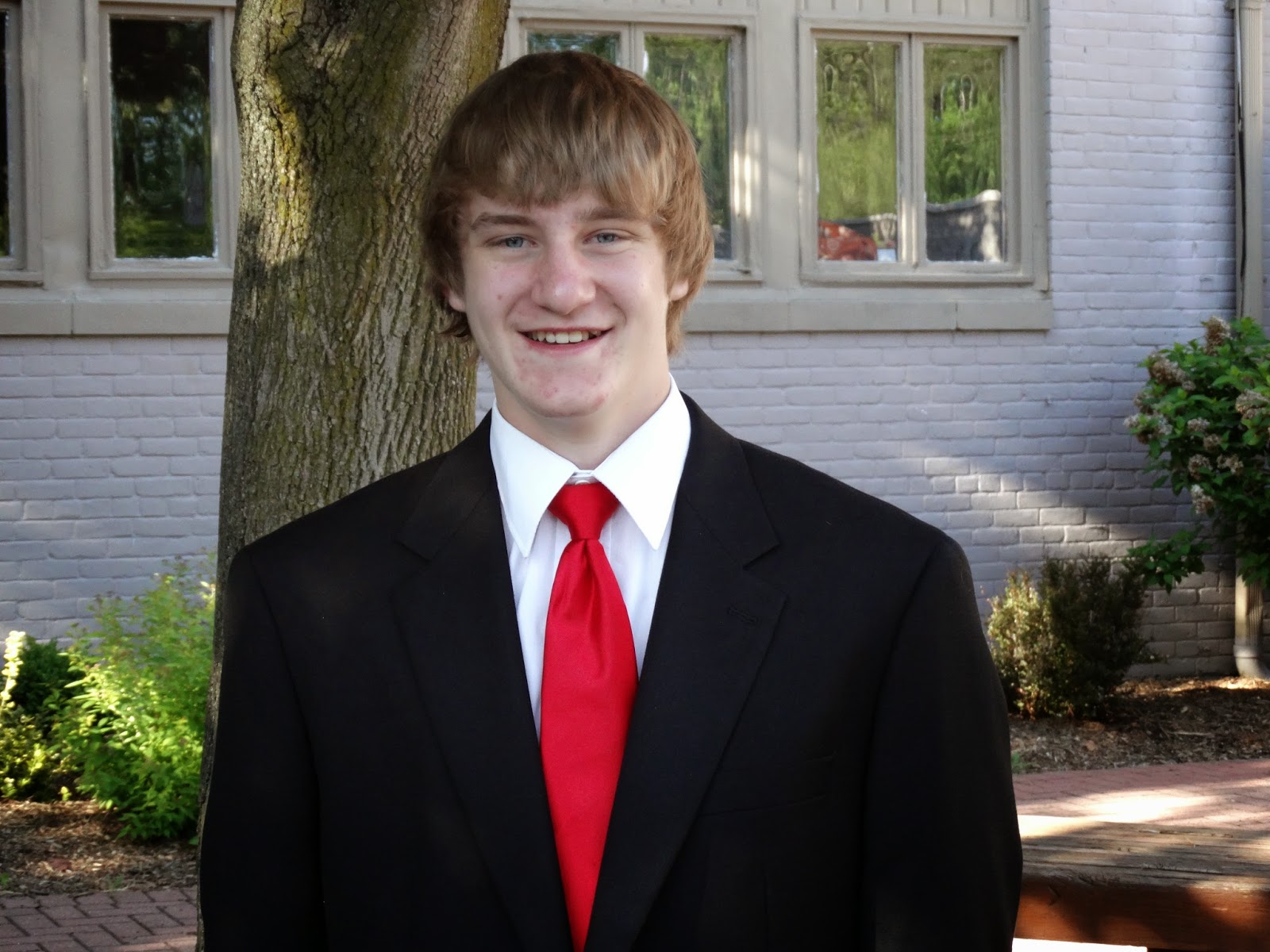 At home, he’ll put on head phones to listen to a tune.
He likes to spend quiet time in his room.

Caleb is at MLS.  Like his sis and each brother,
From Eagle to Cardinal, one bird to another.
He played JV football, as a defensive safety,
And now Freshmen hoops, and wins don’t come easy.

Philip entered the teen years in November.
He had hoped to get to a Packer game in December.
Laura’s surgery meant the trip would be postponed.
“I will patiently wait for next season,” he groaned.

Meanwhile, Philip is in seventh grade.
The basketball court is where he’s usually played.
Last year, he played with Caleb; nothing was greater.
This year’s Eagles team has only one Schroeder. 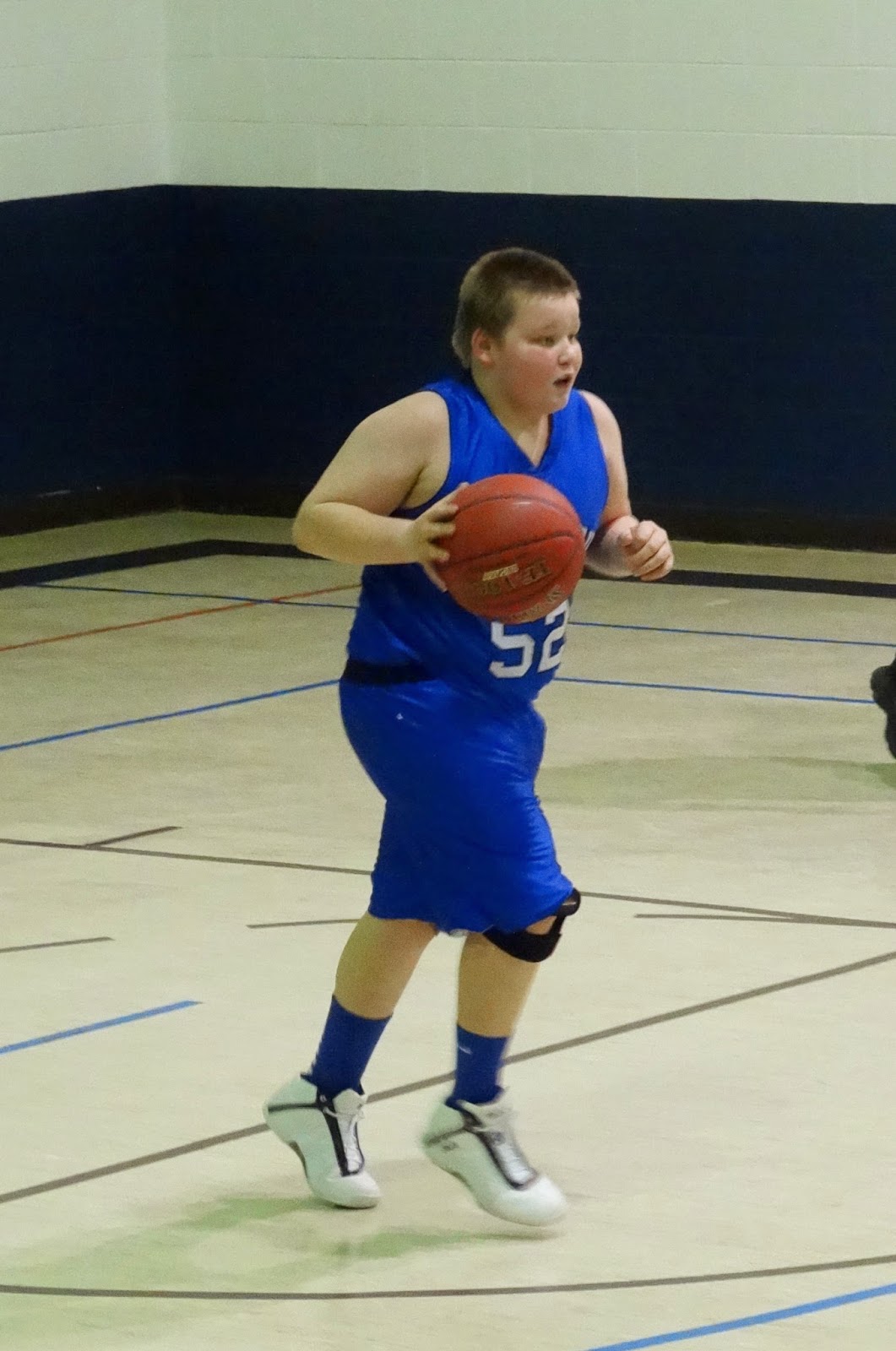 Philip plays trumpet and has picked up trombone.
He has an I-pod, but also longs for a phone.
If you want to play Madden, then Philip’s your man.
He’s also become a Detroit Tigers’ fan.

This past December, Peter turned six.
He loves to play with his Lego bricks.
He’s in Kindergarten where he’s taught by his Mom.
He plays with many friends and rarely sits calm.

When his siblings are home, that is Peter’s delight.
He grabs them to play from the day into night—
Light saber battles, PlayStation, Nerf guns,
With boundless energy his little body runs.

Besides school, sports, and work, our family spent
Time mainly in Detroit.  At least, that’s where we went
To see the Motown Museum and a Ford Field tour.
For us, Greenfield Village always has its allure. 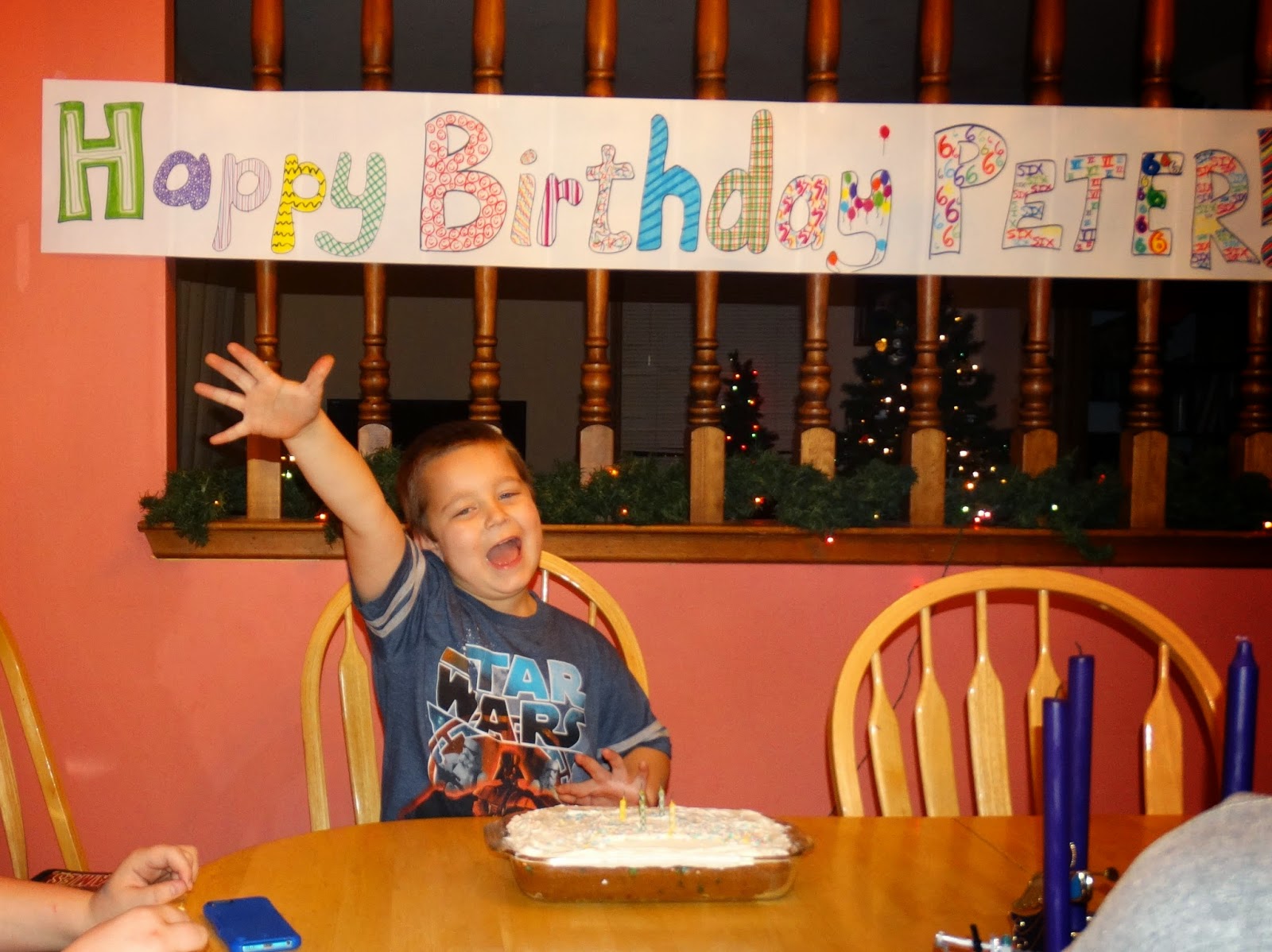 In June we went took a trip to Wisconsin
To celebrate an anniversary that was golden.
The Schroeder grandparents rejoiced all that day
For the marriage God wrought and blessed all the way.

Time to wrap up.  We’re near the end of the page.
It’s hard to write verses when you’re not a sage.
God’s grace be upon you though the love of his Son.
We’ll write you again when this new year is done.