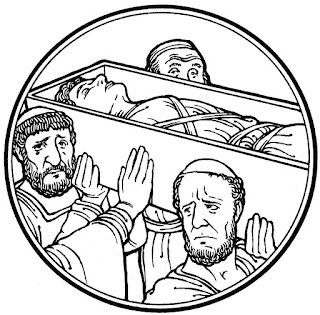 DEATH IS OVERTURNED BY A COMPASSIONATE SAVIOR.

Posted by Pastor Thomas E Schroeder at 11:31 AM