This Sunday (June 16) is Trinity Sunday.  On this one Sunday of the church year, we recite one of the ecumenical creeds which often gets overlooked.  Many Christians are not even aware of it.  Join us to make this bold confession regarding the triune nature of God and the dual nature of Jesus.

An explanation of the Athanasian Creed is here: 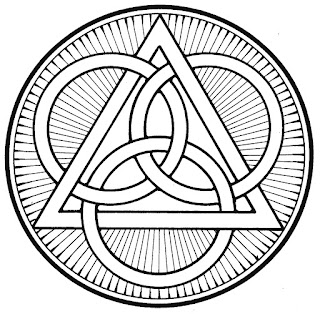 Finally, a study of this creed and the history which surrounds it shows how important it is for us to be familiar with the history of the Christian Church.  When we understand how Christians who have gone before us identified error and combated it, then we will better be able to do the same.
Posted by Pastor Thomas E Schroeder at 5:00 AM