The JV travelled to Bay City for their final game of the year against All Saints Catholic High School in Bay City.  The result was very familiar, as the Michigan Lutheran Seminary JV team completed an undefeated season.  The final score of this contest was 47-12.  (All Saints scored the final TD, and a scoreboard glitch had the final score reading 47-72.  But to my knowledge no single play in football is good for 66 points, so I am confident that MLS won.)

Below is a photo of Andrew getting ready to throw a pass. 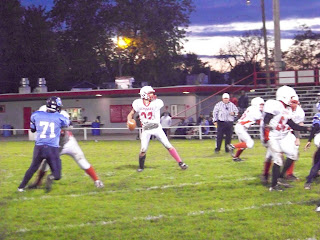 On Friday night, the MLS Varsity team took the field for what is presumably their last home game of the year.  (Playoff match ups get announced Sunday night.)  MLS poured on their points in the first half, and a continuous clock ran the entire second half to the delight of many parents who found the weather quite cold.  The final score was 42-0.  There are a few extra pictures of Nathanael, as this may have been his (and the seniors') last game at Cardinal Field.  We managed to make every game of his this year, and we had a lot of fun watching.  The Cardinals and Nathanael had a very good year.  Can't wait to see how the playoff run goes!

The first two photos, by the way, are a catch that was marked one yard short of a TD.  The other was a TD.  (Sorry that they are a bit blurry.) 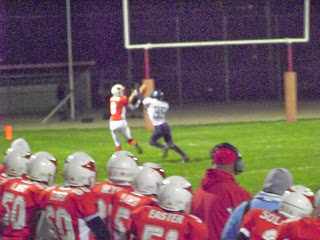 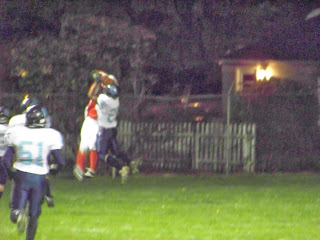 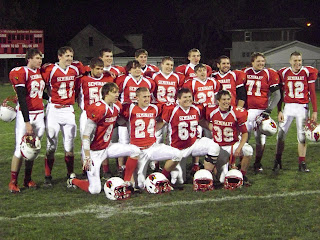 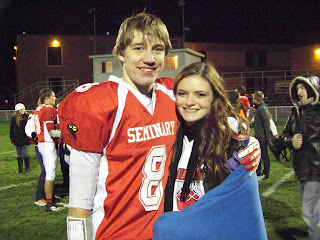 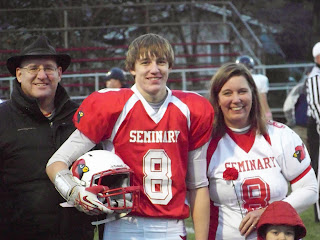