NOTE: This sermon was preached at Good Shepherd, Novi at 10:00 AM, and again at a Reformation Rally at St. Luke's Evangelical Lutheran Church in Jackson, Michigan at 3:00 PM. 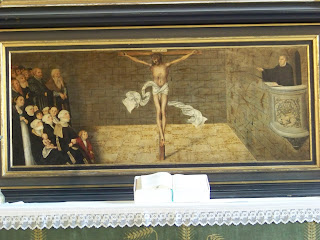 ONE LITTLE WORD
SHALL FELL HIM.


In the name of the Father and of the Son + and of the Holy Spirit.  Amen.
Posted by Pastor Thomas E Schroeder at 11:52 AM