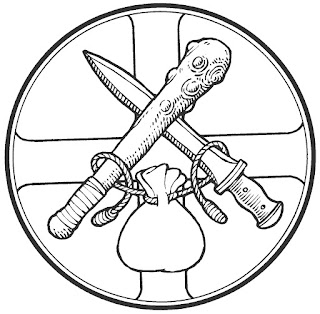 THE HANDS OF THE PASSION.

Everything done in conjunction with the Passion of our Lord Jesus Christ was in good hands.  The Father had sent Jesus into the world to do the work to save us from sin, death, and the devil.  The Father’s plan had been in place already before the Creation of the world.  It was executed according to his promises, by his design, and at his timing.  The Father committed this plan to Jesus to fulfill.  With Jesus, it was in good hands.  Jesus had lived a holy life in obedience to God’s Commandments to supply the holy life God demands of people.  But instead of a reward, the Father gave Jesus a bitter cup to drink.  Jesus obediently received the cup of God’s wrath for sins he had no part of.  And then Jesus consumed it for you.  None of this was done by surprise.  It was executed according to the promises, by his design, and at his timing.  To the disciples, it all looked chaotic and scary.  With Jesus, it was in good hands.

Even though Jesus had foretold that one of the apostles would betray him, it still surprised them to see Judas with the soldiers.  Judas had arranged the capture of Jesus under the cover of darkness and in the privacy of the Garden of Gethsemane.  It was a controlled setting so that there would be no riot among the populace.  Still, Jesus demonstrated that Judas did not have the control he thought he did—not with the authority of the high priest, not with a centurion in his company, and not with dozens of armed soldiers.  The squadron of soldiers were carrying lanterns and torches from the gate of Jerusalem, down the Kidron Valley, and up the hill to the Mount of Olives.  They would have been easy to track on this half mile march.  Escape would have been easy enough.  But Jesus did not pray for escape.  Jesus prayed for the strength to take the cup the Father was going to give him.  In answer to his prayer, the Father sent angels to minister to Jesus in his distress.  Jesus would not shrink, and he would not run.  He was guided by righteous zeal for your good.  Your salvation was in good hands.

In the shadows of Gethsemane, there were twelve men who could have been seized.  The target, however, was Jesus.  Jesus made it easy.  He identified himself freely.  “Jesus … came forward and said to them, ‘Whom do you seek?’  They answered him, ‘Jesus of Nazareth.’  Jesus said to them, ‘I am he.’” (John 18:4-5)  Most have translated that phrase by adding a word.  In English, it makes good sense for Jesus to identify himself by saying, “I am he.”  In the Greek, however, Jesus identified himself more vividly.  He said, “I am.”  If he said this in Aramaic, which is most likely, the word he used was “Yahweh.”  He identified himself as the God who created heaven and earth, who divided the Red Sea, and who delivered Israel to the Promised Land.  “Whom are you seeking?  I AM.  I am not a helpless victim.  I am not a pawn in your power play.  I am not some poor schlep who is in the wrong place at the wrong time.  I AM.”

“When Jesus said to them, ‘I AM,’ they drew back and fell to the ground.  So he asked them again, ‘Whom do you seek?’  And they said, ‘Jesus of Nazareth.’  Jesus answered, ‘I told you that I AM.  So, if you seek me, let these men go.’” (John 18:6-8)  At the name of the Lord, the soldiers were thrown back.  Jesus’ authority was demonstrated.  Still, he sought no escape.  He secured the release of the apostles.  They would go on to be his witnesses.  But he would go on to die for the sins of the world.  He was guided by righteous zeal for your good.  Your salvation was in good hands.

But then Simon Peter stepped in.  Simon had boasted of his loyalty to Jesus.  Simon declared a willingness to stick to Jesus and to die with Jesus if needed.  He would not have his zeal questioned.  In the Garden of Gethsemane, Simon saw his chance to prove himself.  He would be a hero—a fisherman with a dagger fighting off a squad of soldiers.  Simon Peter’s hands were devoted to misguided zeal—zealous to fight for Jesus, willing to fight off authority, eager to set Jesus free.

It was not the first time Peter thought he knew better.  Earlier when Jesus said that it was necessary for the Son of Man to go to Jerusalem to suffer, die, and rise on the third day, Peter rebuked Jesus.  He pleaded that God would be merciful to Jesus and that God would never allow this to happen to Jesus.  Peter was zealous for Jesus’ glory, but it was misguided.  Peter’s big words were converted into bold actions in the Garden of Gethsemane.  With hands of misguided zeal, Simon Peter unsheathed his dagger and started swinging.  If Jesus had let things unfold, Peter and probably all the apostles would have been massacred.  Therefore, Jesus put a stop to it before everything got out of hand.  Jesus said to Peter, “Put your sword into its sheath; shall I not drink the cup that the Father has given me?” (John 18:11)  Although Jesus had the power to wipe out the band of soldiers, as was demonstrated by knocking them backward with just a word, he did not.  Jesus rebuked Simon Peter and curbed his misguided zeal.

The problem with misguided zeal is not the zeal.  Zeal can be a noble trait, but only as long as it is guided by what is good and right.  Simon Peter was zealous for Jesus’ glory, but only in the way Peter thought would be glorious.  Peter had failed to listen to Jesus’ prophecies about himself.  He refused to believe that Jesus’ sufferings and death could be good, much less result in glory.  Whether Peter’s interest was for Jesus’ glory or his own is hard to say.  Peter wanted to craft glory according to his own thinking, and he was prepared to fight for it.  But the kingdom of God does not inflict violence; it suffers violence.  Thus, Peter’s hand was driven by misguided zeal.

We also are deceived by misguided zeal.  We want our lives, our country, our fellow man, and even the kingdom of God to conform to our thinking.  Our zeal for the right politician has us insult people with different ideas.  Our zeal for our own reputation has us corrupt our stories so that we can either be the hero who saved the day or the victim who was mercilessly attacked—depending upon whether we want our audience to stand in awe of us or have pity upon us.  Even our zeal for morality can cause problems.  We recognize the benefit of moral and decent living.  We may be proud that we uphold morality so boldly.  But does our pride mean that we pile shame upon people rather than extend mercy or offer them hope?  When someone’s poor choices result in a hard life, do we respond with aid or with haughty mockery?  Misguided zeal usually builds up no one but ourselves.  We end up making an idol of ourselves, flaunting our own glory.  Repent.

Have you ever wondered why Jesus doesn’t just step out of the way and let us destroy ourselves with our foolish pride and misguided zeal?  Why doesn’t Jesus let us devour each other?  Why doesn’t Jesus let us suffer the judgment we deserve?  Why didn’t Jesus let Simon Peter suffer the consequences of his misguided zeal and find out what the blade felt like when it was thrust into his body?  After all, he earned it.  And we have earned our share of disdain and dishonor, too.  Our confession is correct: We deserve God’s punishment both now and in eternity.

The Lord Jesus did not leave matters in your hands.  Filthy hands cannot clean themselves.  Misguided hands will not mend things and make them right.  Therefore, he who is pure acted to cleanse us.  He who possesses a holy zeal labored to make things right.  Although Peter’s zeal was misguided, Jesus’ zeal was not.  Although our zeal is devoted to our own good, Jesus’ zeal was not focused on himself.  He clearly could have escaped his arrest, but he did not.  He could have knocked the army to the ground and walked away clean.  Instead, Jesus was guided by a pure zeal for your salvation.  He said to Peter, “Shall I not drink the cup that the Father has given me?” (John 18:11)  Jesus’ zeal was for the forgiveness of our sins, for the cleansing of our consciences, and for our deliverance from death.

The cup is what God gives to us.  Both Isaiah and Jeremiah were told to make the rebellious people drunk on the cup of God’s wrath.  That cup brought a curse and condemnation for all who did not keep his word.  But now, that cup was going to be given to Jesus.  He would consume it for all mankind, for our sins, and to gain our salvation.  Jesus had given himself into the hands of wicked men who were zealous for his crucifixion.  By their wickedness, they orchestrated the sacrifice that would be made for us.  And while Jesus hung from that cross, he consumed every last drop of God’s wrath, every ounce of condemnation for our sins.  No matter how misguided or self-centered your zeal has been, Jesus’ zeal for your forgiveness is greater.  He has taken all wrath and judgment from you.  If all wrath is gone, there is only God’s good pleasure.  If all condemnation is gone, there is only God’s salvation.

You have not been excused from receiving the cup of the Lord.  The cup is what God gives you.  But now, the cup of blessing which we bless is the means by which we receive the holy blood which was shed for us.  By partaking in this holy, precious blood, we receive what it has won for us—the forgiveness of all sins.  Therefore, we join in the Psalm and sing, “I will lift up the cup of salvation and call on the name of the Lord.” (Psalm 116:13)

The Lord has been most gracious to you.  The Father crafted his plan to save you, and Jesus has carried it out.  You don’t need to boast or to fight your way into the kingdom of grace.  God gives it freely.  Be zealous for that.  God has guided the events of history to secure your salvation though the sufferings and death of Jesus.  The Holy Spirit guides you in your life through his word so that you strive for God’s will to be done with your hands, in your mind, and in your heart.  The Lord is zealous for your salvation and with him, you are in good hands.