On Thursday, Michigan Lutheran Seminary traveled across town to Carrollton.  Carrollton had some big guys on their line, but we've been out-sized all year.  That was nothing new.  MLS is getting better, and these guys are starting to get the hang of some things, but the final score never shows that.  MLS lost 24-0.  Three times we had the ball inside the red zone.  One drive stalled at the 1 yard line.  On another trip, we fumbled at the 17.  And late in the game, penalties took us away from the end zone.  So, we had our chances.  Some photos from Thursday's game. 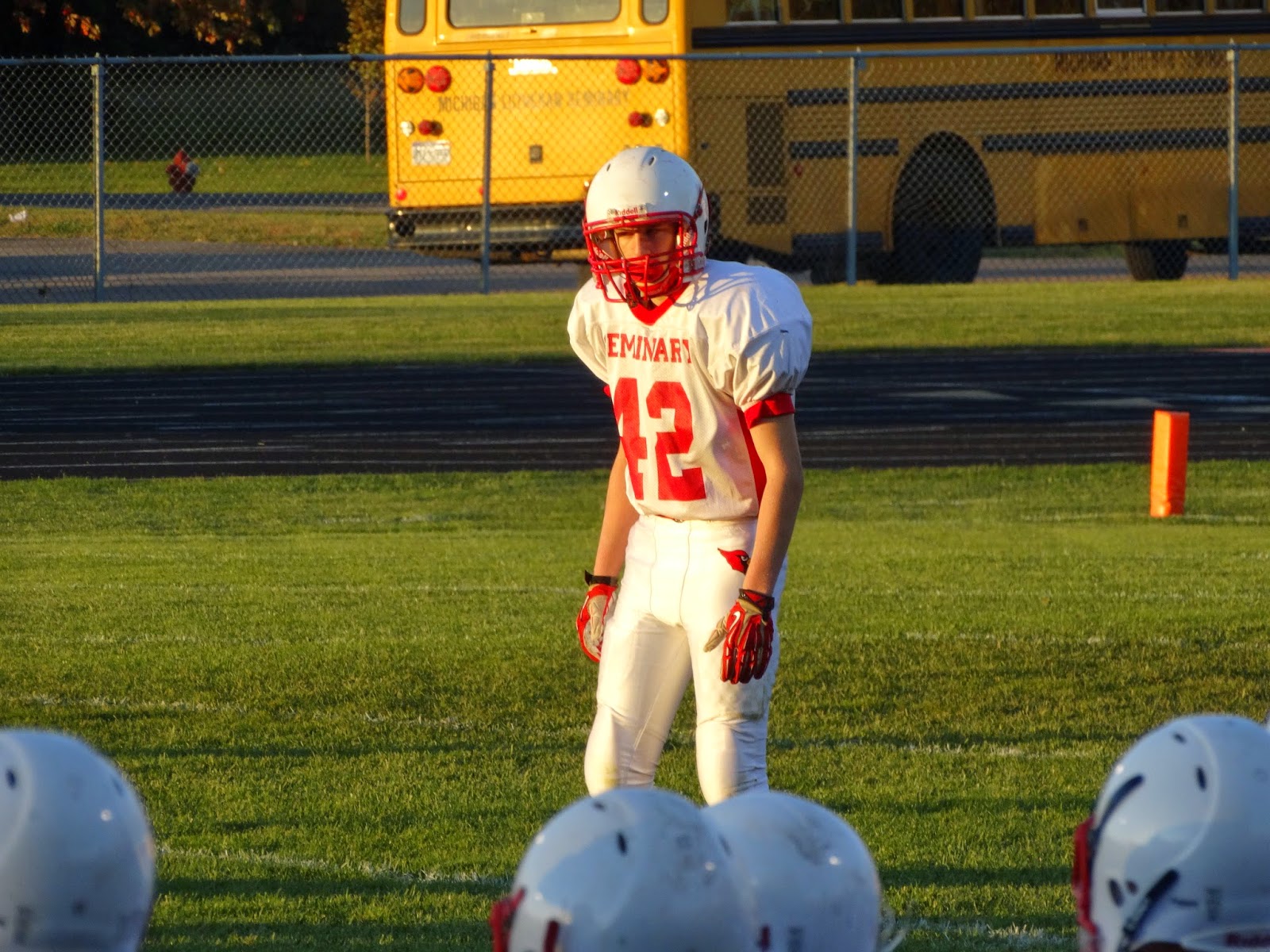 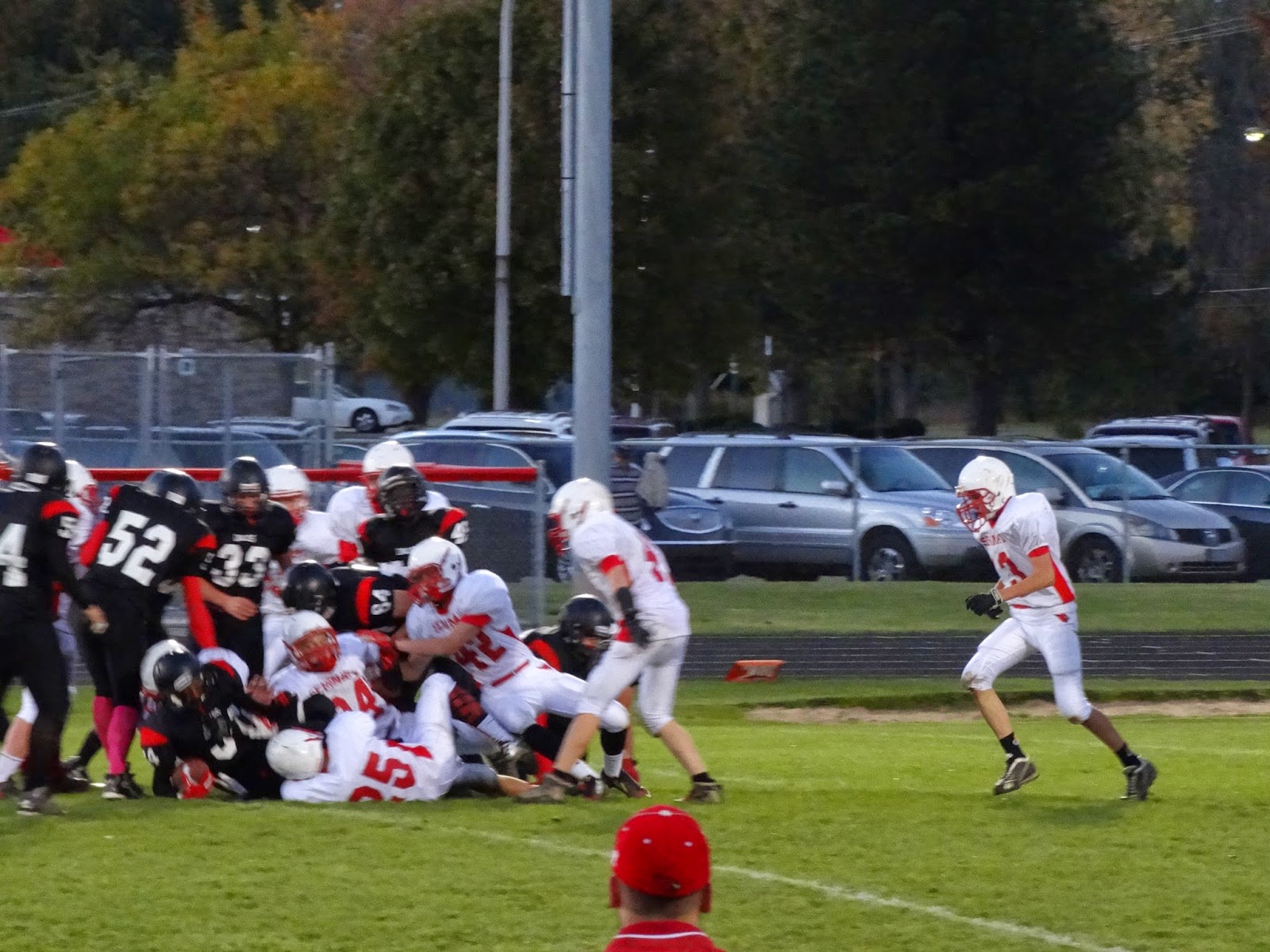 Caleb jumps on the pile to ensure the tackle.

On Friday, we also saw a HUGE line from Carrollton, but our speed managed to run around their size.  MLS's defense was swarming around the ball all night.  Carrollton tried to throw some passes, but their QB was constantly running for his life.

The MLS offense was moving the ball pretty well too.  Andrew ended up scoring two TD's, both fantastic catches.  I was poised to get a photo of the first one -- a one-handed grab in the corner of the end zone.  An itchy trigger finger meant that I snapped it too early and missed everything (I was more watching the play than the view finder anyway).  The hardest part was trying to answer a number of people behind me, asking, "Did you get it?  Did you get it?"  No.  I missed the photo.  But Andrew got the TD, which was more important.  Later, I was poised again for his TD in the same corner.  This one was sort of a juggling catch, and this one I got.  Although, actual video would be more impressive than my still photo which does not capture the athleticism.

Andrew also got some time in as backup QB late in the 4th quarter.  MLS ended up winning 43-0.  Some photos from Friday's game. 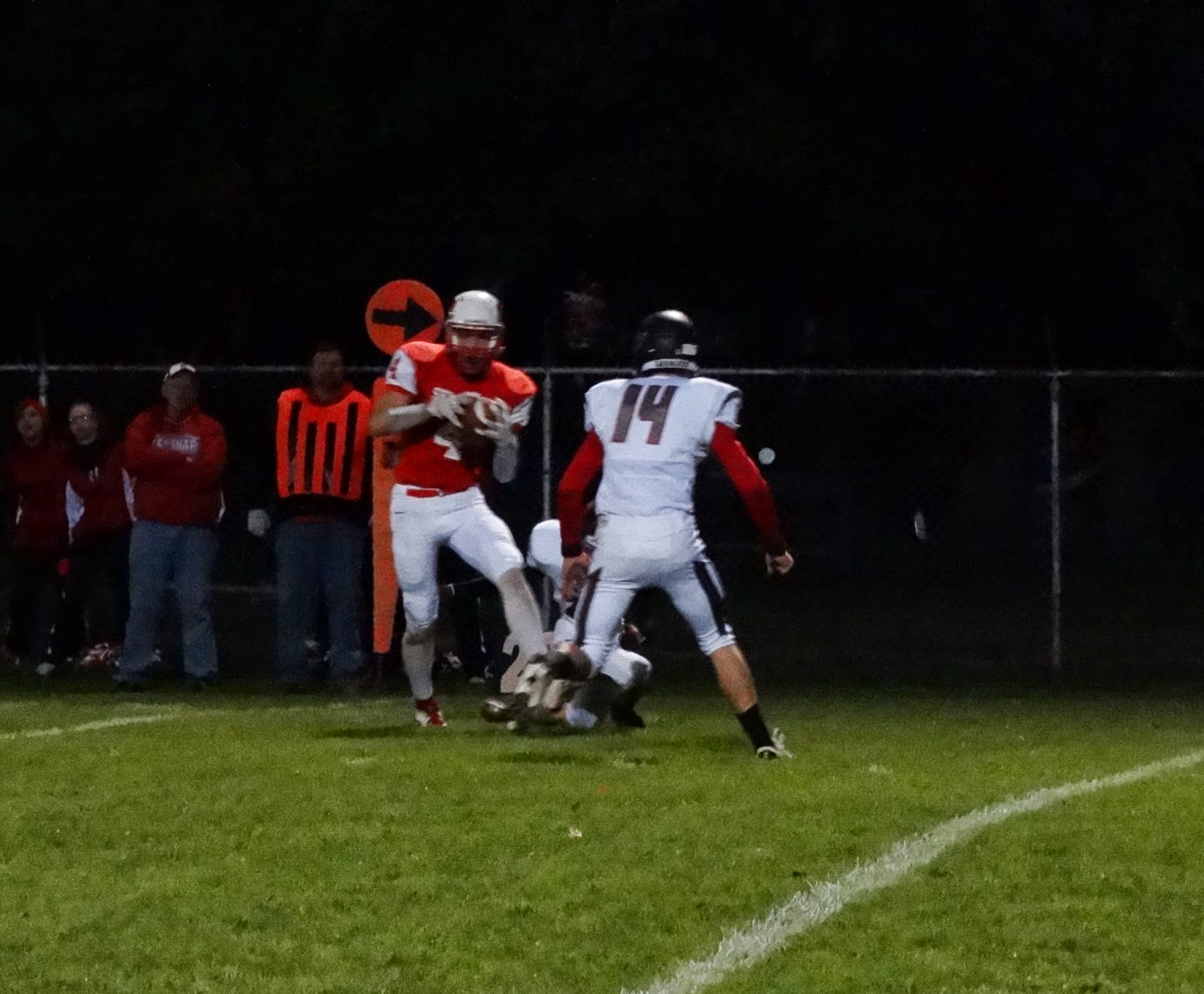 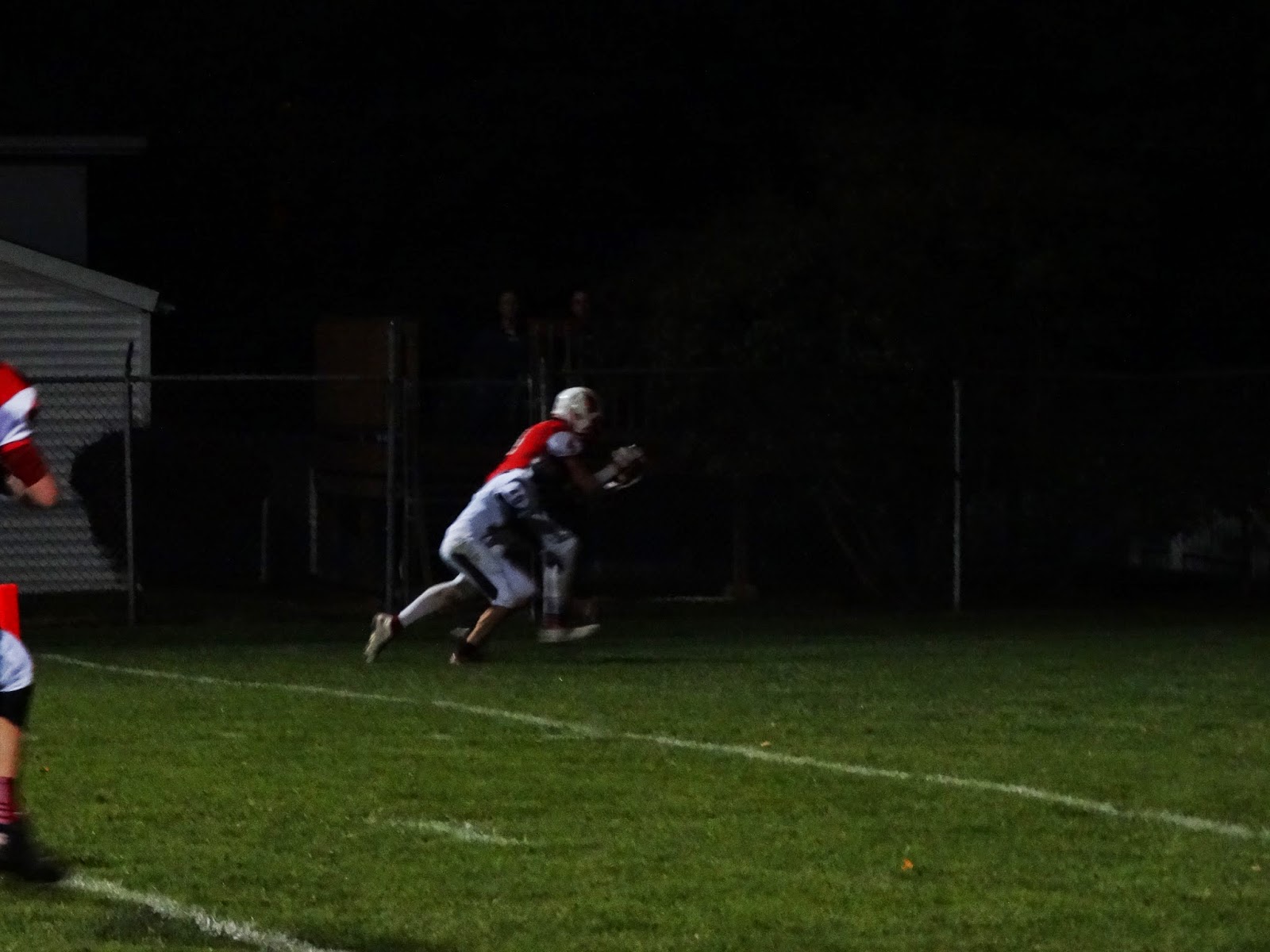 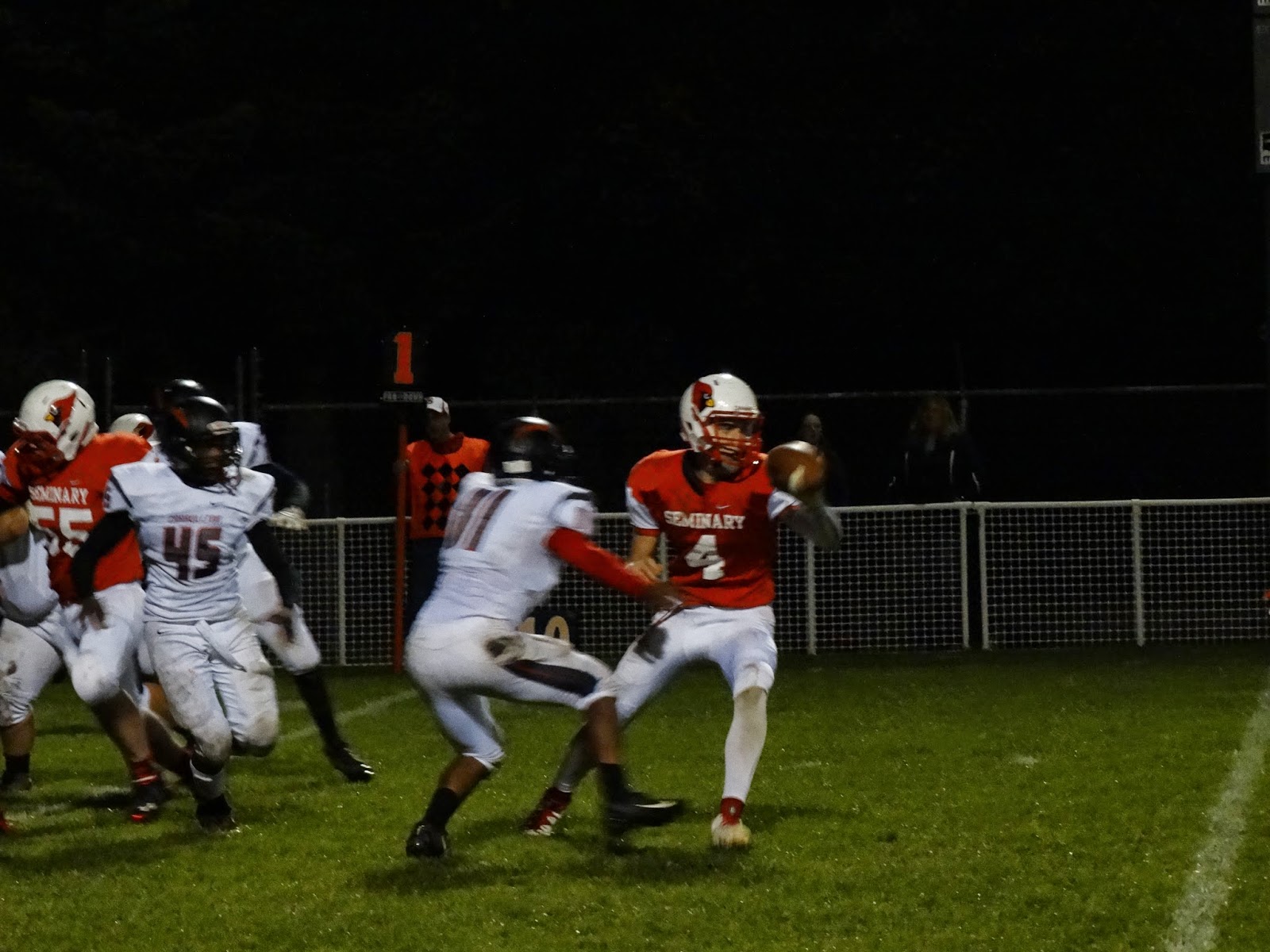 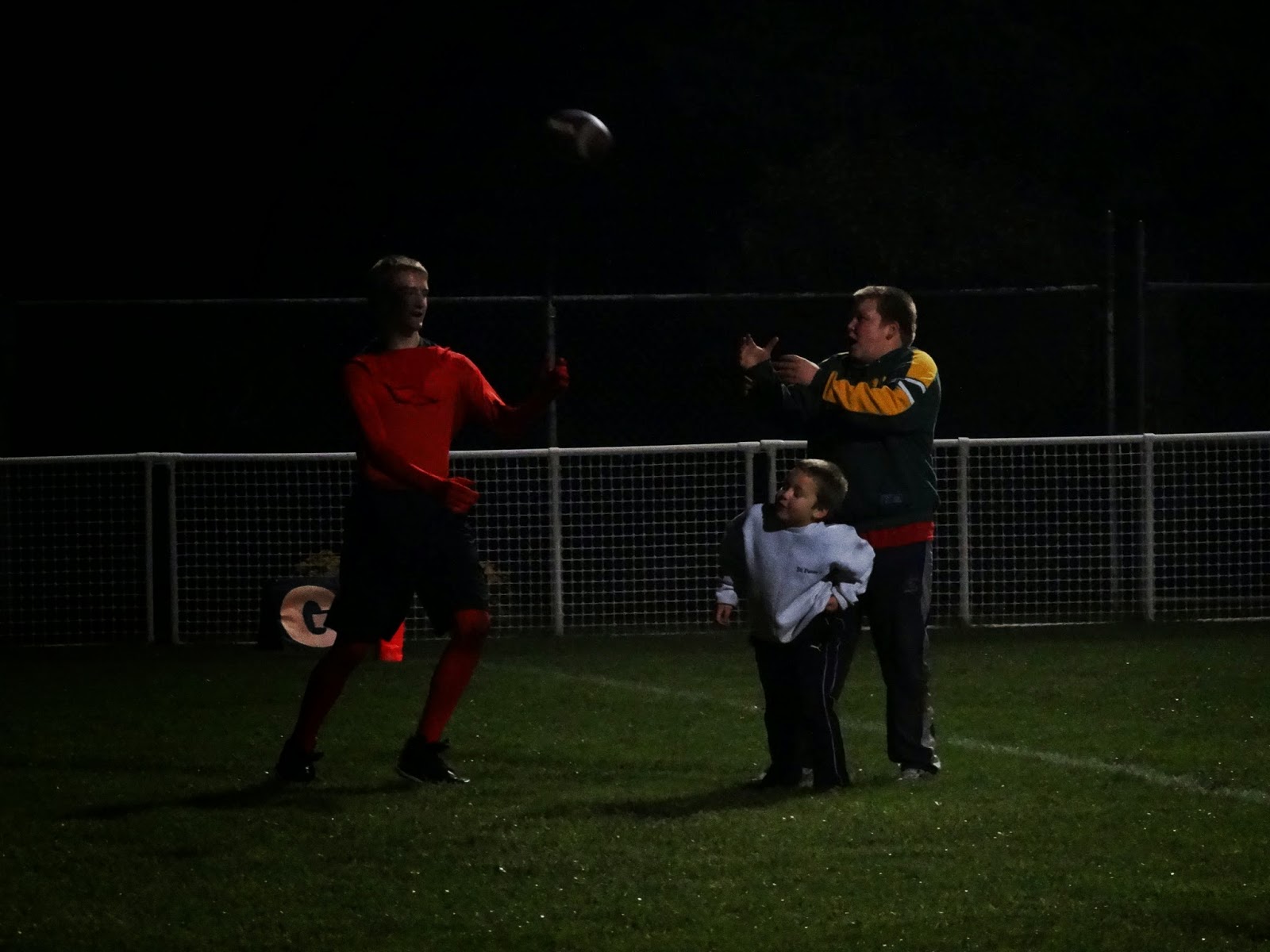 Posted by Pastor Thomas E Schroeder at 10:23 AM